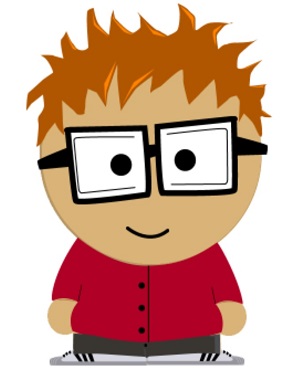 I have lived in Scotland my entire life, the first 8 years of which were spent in one of the most northernly parts of the country. Since then I have lived exclusively in Scotland’s Central Belt, where I attended high school and university.

In 2004 I graduated from Glasgow University with an honours degree in English literature. The course I studied began as a combination of History, Politics and English Literature. After 2 years and a brief, painful, yet mandatory foray with English Language I settled exclusively on English Literature.

In 2005, I jumped straight into study again, this time at Strathclyde University this time with the goal of a Post Graduate Diploma in Education, specialising as a teacher of English. I qualified with a Post Graduate Certificate in Education, at which point I took half a year out before embarking on a career as an English teacher in Scotland.

I spent 11 years as an English teacher, during which time I remained at the one school and whilst I explored various different development roles I never left the classroom behind. Along with mainstream English teaching I also supported pupils with additional support needs, a role that was both challenging and rewarding in equal measures.

During my time studying and into my time teaching, I developed and interest in gambling and specifically Blackjack. I trained as a card counter and played in various locations with the two founders of this site Duncan Garvie and Lisa Boyle. I also played a lot online during this period and particularly enjoyed Video Poker games and Three Card Poker.

As much as I enjoyed my 11 years working in Education, when the opportunity to work for ThePOGG came along I decided it was time for a much-needed change.

In the last 3 years I have spent a long time familiarising myself with the gambling industry in the UK, spending most of that time as a content writer for the website. I was hired to write news articles and to review slots, something that has seen me turn a critical eye to well over a thousand of different slot games, some old but most of which have been recent releases.

When I’m not being a dad (not that it ever really stops), or working for ThePOGG, I enjoy reading, watching TV boxsets, eating good food and failing at Fantasy Premier League.