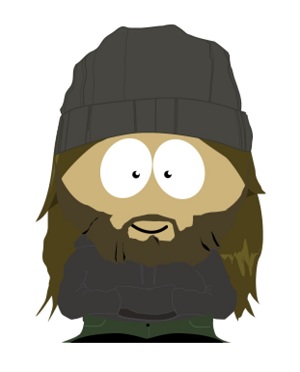 ThePOGG is both the name of this site and the handle that the founder of the business – Duncan Garvie – uses when interacting online. Duncan has at different points been both a Teacher of Mathematics and a professional gambler. Since founding the site, Duncan has been the ‘face’ of the operation, managing all contacts from both players and the industry.

During my time in education – both as a student and latterly as a teacher – I developed a keen interest in advantage play, starting with Blackjack and Video Poker then moving to other games, both on and offline. Having learned the art of card counting and various other advanced legal techniques, I was afforded the opportunity to play in various locations around the world, interacting with numerous gambling professionals, including some players that were involved with the renowned MIT Blackjack Team. The people I collaborated with were always at least one degree of separation from those team members who later became famous, but I have played with some players who became sources for characters in some published works (I won’t disclose which characters ? ).

In 2010, having earned a reasonable sum from playing, being less willing to travel than I had been previously and having grown disenfranchised with the teaching profession (I loved the day-to-day practice of teaching but found the bureaucratic systems that would often see political goals prioritized above the best interests of the students increasingly frustrating), I took a sabbatical from teaching.

It was during this professional leave that ThePOGG was conceived and born, as a way to use my experience and skills to help gamblers make better informed decisions about the operators they chose to play with. Approximately a year after the launch of ThePOGG we opened our Dispute Mediation service and since that point I have personally managed thousands of player complaints.

My primary responsibilities for ThePOGG include the management of player complaints and dealing with contacts from both players and the industry. Alongside this I deal with Affiliate Program reviews, bonus reports and have written many investigative articles for the site.

In 2017 I headed up the development of BetBlocker.org, a project aimed to provide free blocking software to help those struggling to control gambling urges restrict their access to online gambling services. In 2019 this service was broken off from ThePOGG and established as a charity in its own right.

In 2022 ownership of ThePOGG passed to the Brandstreamers Group, but I continue managing the day-to-day operation of the site.

I am also one of two people who operate iGamingContent.co.uk where we write and produce high quality, expert content for the iGaming industry.

Outside of my professional work, I am a keen reader – I especially enjoy the works of Brandon Sanderson - enjoy building Lego (particularly Harry Potter or Ghostbusters themes), I am an enthusiastic tennis fan who closely follows Andy Murray and Rafa Nadal, and have an extensive CD and DVD collection making me by cultural definition ‘old’. I enjoy good German beers (Hofbrau’s Schwarze Weisse and Oktoberfest Special being particular favorites) and have a fondness for Kauffman and Hangar One vodkas.

I have been with my wife Lisa since 2006, having met her during teacher training at Edinburgh University, and we live happily with 8 cats which we have taken in from various situations of hardship.