“Are you Still Watching?”: The Rise of Binge-worthy TV Shows 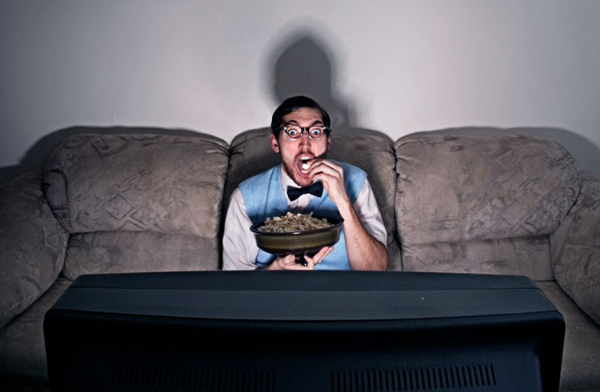 How many hours a week do you think you spend slumped in a TV induced coma, unconscious of anything else going on in the world? Does your sofa have a permanently bottom shaped depression from the sheer number of hours you spend sunk into it, square-eyed and brain-dead? Do you find yourself promising to watch – just one more episode - before you go to bed when it’s already nearing midnight? If so, you find yourself afflicted by a thoroughly modern malady: I mean we are so desperate to plug-in and switch-off that we’ll even watch TV shows about other people watching TV shows! Where will it end? Perhaps the more pertinent question is how did it all begin?

If we jump back to just under 100 years ago – 1927 to be precise – the very first electronic television appeared, in all its bulky crudeness, on the horizon. Invented by Philo Taylor Farnsworth at the tender age of 21, the rise of the TV had begun. Back then it was a privilege rather than a necessity to own a television, let alone the multiple TVs and internet enabled devices every house in the UK seems to cram into its 4 walls nowadays. Supermarket giant, Tesco recently carried out a survey which found that shockingly, 1 in 6 UK families have 5 television sets in their home. Ofcom reported in 2017 that the average UK citizen admitted to watching in the region of 3 hours and 23 minutes of television every single day. For many this will outweigh the number of hours spent connecting with their fellow human beings in a day. So how did we arrive at this point? 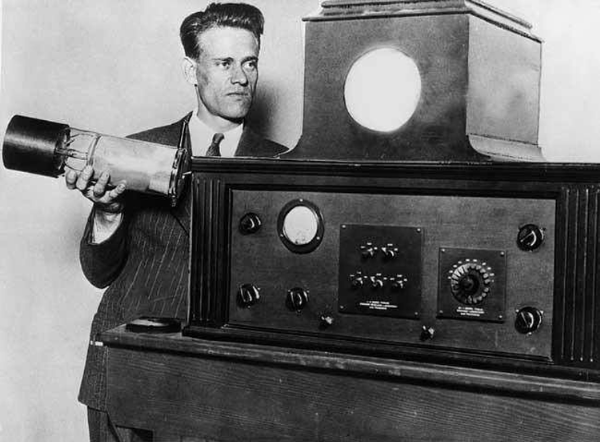 It could be argued that the nation’s obsession with small screen affairs came into being with the coronation of Queen Elizabeth II. Across the UK, at the start of 1953, in the region of 2 million homes owned a TV; in the weeks preceding the Queen’s coronation (2nd June 1953) sales of television sets swelled by 526,000 as the nation succumbed to an epidemic of coronation fever. For those too poor to buy one outright, televisions could be rented for the occasion. At that point the die was cast – television’s rise was meteoric – viewing schedules though were limited and the number of channels on offer was laughable by today’s standards – in fact in the early days only the BBC broadcast at all. Compare that with the 480 subscription, free-to-view and free-to-air channels that modern viewers have access to and the success of the humble telly’s rise to world domination cannot be denied.

The domination of TV as a pastime seems to have arisen as a result of the convergence of two areas: the population’s desire to find an escape from real life and broadcasters becoming more adept at snaring and securing viewers - to the exclusion of pretty much everything else. It is worth noting at this point that only 6 channel owners are responsible for producing the most watched content overall today. Though we may have access to a multitude of channels, only 6 corporations are behind the production of the content that’s shown on them all. It would appear that they have discovered the magic formula that keeps us all glued to the – in our eyes - anything but “flat” screens. What then are the ingredients that give rise to this heady brew?

Firstly, it is undeniable that TV has become far easier to watch as the years since its inception have lapsed. If we return to the week of Queen Elizabeth’s coronation – namely Saturday June the 6th of 1953 – the viewing schedule in its entirety was:

Clearly, since the programmes are scheduled to run only from 3.15pm – 11pm – totaling 7 hours and 10 minutes including the scheduled break – opportunities to view were less prolific. The times were different – people worked more and had fewer modern conveniences at their disposal to free up leisure time. Before even considering the scheduled viewing items themselves, the most glaring aspect of this schedule is the deliberate break it includes. It is absolutely impossible for a modern audience to understand the inclusion of a 35-minute-long break in scheduling when there is only a single channel in operation and nowhere to hop to during it. Modern television scheduling is such that there are NO breaks. Hooking viewers is of paramount importance – taking a break – even a 5 minute one - would be unforgivable – viewers may find themselves subject to unbearable and unfamiliar silence or worse still – head space allowing for free thought. They may wander off and never come back! If TV companies want viewers to binge, then their food source of choice must be ever available. The modern appetite for television is huge and production companies better be able to satisfy it. Twenty-first century schedulers know that time is money and viewers are suggestible – the perfect marriage for marketers.

A sound only broadcast on television just wouldn’t cut it nowadays. Viewers want to be titillated and consumed by the experience – they don’t just want to hear the news - they want it delivered to them in vivid technicolour from a technologically advanced studio by a just attractive enough news presenter – or at least the top half of one! They want the weather to rush in at the sweep of a meteorologist’s hand as it arcs artfully the length of Great Britain. They don’t want to hear that a storm is due to reach our shores they want to see the dark and angry cloud formations with obligatory lightning flashes hovering menacingly above the nation. In short: if we want sound in isolation, we have radio. 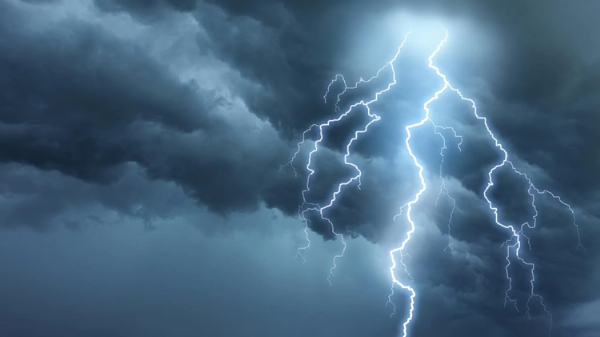 The idea that parents could only make use of free childcare for an hour a day is simply horrific. Full disclosure – without the free services of Nanny McTV no parent would ever make it into the shower for precisely 2mins and 30 seconds (luxurious!) alone. Brown, handheld food would be consumed by parents for the first 5 years of a child’s life. The idea is just too painful to consider. Whet their appetites young and retain their hunger for a lifetime.

In the age of the app, news headlines appear almost before the stories have even finished happening on our phones and tablets; the idea that 150 minutes of viewing time could be filled with news stories replayed from throughout the week is frankly laughable to modern viewers.

A 30-minute documentary on the making of cricket bats is unlikely to attract high viewing figures – gone are the days when the viewing appetite was sated by the transformation from willow tree to willow bat. We expect a little more from our entertainment than that. It needs to be entertaining for a start. Unsurprisingly King Willow does not feature in streaming service, Netflix’s most watched list. What does make the cut? Well by far and away the most popular in terms of viewing figures is Stranger Things – a sci-fi/horror hybrid from the US which has in excess of 64 million viewers to date. The Umbrella Academy, a series reworking the superhero genre has attracted 45 million watchers so far but it is closely followed by La Casa de Papel, Spanish in origin – literally translates as The House of Paper - a heist crime series with 44 million viewers which appears to have exceeded expectations in terms of popularity. There is a tie for 4th most viewed series as documented by Netflix – both attracting 40 million watchers – You a psychological thriller – again from America - and Sex Education a British drama/comedy combination. So, no filmed plays, variety performances, irrelevant documentaries or outdated news reels then… 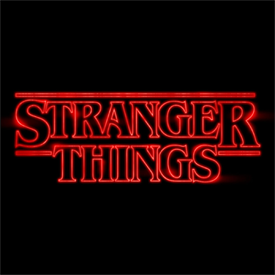 Most watched show on Netflix December 2019

What’s changed in the intervening 66 years? Primarily the fact that we are no longer a captive audience. We can vote with our remotes. In 1953 people were glad to be beyond the war years and the rationing they brought – they were glad to have any leisure time and the novelty of TV itself meant that they were likely to watch anything the good old Beeb broadcast for their delectation. It’s not like that now. We demand quality. We demand enjoyment. We demand choice. Not only that – we demand that these things are available 24/7/365 uninterrupted. No longer are audiences dejected by the appearance of the card that signals our viewing pleasure is ended for the next few hours. No. Now we can have it all and we can have it all, all the time. We are gluttons and our enablers are only too happy to serve up all manner of treats at any hour of the day or night.

The rise of the internet has ensured that streaming services like Netflix now claim vast numbers of viewers that can binge-watch to their hearts’ content. When surveyed, 61% of Netflix viewers said that they succumbed to regular binge-watching cycles. I don’t know anyone that subscribes to Netflix that hasn’t stayed up way beyond what is decent on a “school night” because they could not resist allowing the series to roll-on to the next (and maybe even the next again if we are being entirely honest) episode, despite their eyes feeling like their lenses had been replaced with broken glass. Lulled into a comforting rhythm by the absence of the advertising breaks that would ordinarily break their momentum, they plough on and on. We are a society that demands immediate gratification – why watch a TV series in bite-sized, one episode a week chunks, when we can wait and gorge on the entire banquet at once?

Of course, it’s not all our own idea, writers have become adept at keeping our TV tastebuds tingling. Now many series – particularly those appearing on streaming sites – are written to encourage the binge-watching trend. The use of a shorter episode format can make it appear that viewers aren’t over watching because it gives the impression that not all that much time is passing with each episode, but they all add up, don’t be fooled! Similarly, building tension gradually over a long story arc that doesn’t fully develop until the end of the series, but is supported by gratifyingly self-contained shorter single-episode story arcs, ensures that viewers don’t want to stop watching because the ultimate pay-load is only 10 or maybe 12 episodes away. Never forget that a whole network of enablers is industriously working away to allow you to consume as much as you can stomach in one sitting.

Never fear those of you that may be facing a short-term future off-grid – the box set is your proverbial hamper basket of goodies designed to pack up and take with you to ensure that you never go hungry! There are no pesky commercials to slow you down between courses either – it’s just good solid fuel all the way. It seems that the TV companies have it all thought out – there is no eventuality where a good old-fashioned binge is unattainable.

Resisting the temptation to become enmeshed in this binge-watching trend is almost futile. Eventually we all succumb to the cravings. Like modern-day Hansels and Gretels - follow the trail of trending hashtag crumbs and they’ll lead you to the feast: #netflix, #bingewatching, #boxset.