All British hold our Deposit Guarantee seal. This means that if you are treated unfairly by this operator ThePogg.com will return your deposits. For full terms click here.

Players from United Kingdom are welcome at All British casino.

Capitalizing on the recent upswing in Britishness, AllBritish casino offers a UK only bonus but will accept players from many jurisdictions. Another impressive venue run by L&L Europe, It holds dual licenses with the MGA, and the UKGC. It offers a range of games from Net Entertainment, Novomatic, Bally, WMS, Thunderkick, NextGen, Blueprint Gaming, Slingshot, Barcrest, Just for the Win, IGT, High5Games and Microgaming. The home page features a patriotic red, white and blue colour scheme - its logo is its name in mid blue block capital letters - separating the two words - "All" and "British" is the red white and blue target synonymous with Britishness. All British currently have no significant outstanding complaints at any of the major gambling portals.

ThePOGG.com serves as an Alternative Dispute Resolution (ADR) service for All British Casino as part of their MGA license requirements. This means that we can offer legally binding rulings for all complaints submitted to this service from jurisdictions subject to the MGA license.

The All British Welcome bonus currently offered consists of a bonus of 100% up to £200.

10% cashback on losses is available on non-bonus deposits on an ongoing basis.

This bonus has a wagering requirement of 35xbonus for the deposit bonus.

There is no maximum win on the deposit bonus.

All British publish the house edge/RTP figures for all of their slots games.

For UK players, AllBritish casino make a great choice. Top end software and great customer support. Since we act as their ADR we are able to ensure that players receive the optimum in service - another L&L property with a great reputation.

All British - Failed to close accounts

Found for the Casino
0 comments
4 months ago

All British - Took away my visa withdrawal.

Found for the Casino
1 comments
10 months ago

All British - non-payment of withdrawal

Found for the Casino
1 comments
2 years ago

All British - Verification to withdraw

All British - No Withdrawal Received

Found for the Casino
5 comments
3 years ago

All British Casino - social responsibility, AML and use of 3rd party card issues

Found for the Casino
3 comments
3 years ago

All British - Change of name

Found for the Casino
10 comments
4 years ago

Found for the Casino
12 comments
5 years ago

Found for the Casino
3 comments
6 years ago

Found for the Casino
1 comments
7 years ago

All British - Allowed play despite restrictions 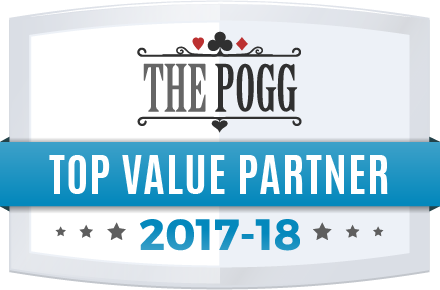