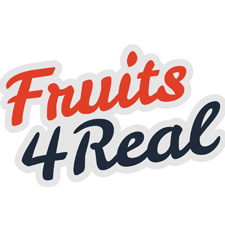 This casino is not available!

This gambling operator does not accept players from your country.

Why not try these great operators who do?

Fruits4Real are part of the Dialinvest International N.V. Group, alongside Omni Slots, and is licensed by Curacao Egaming. They provide a range of games from Microgaming, Net Entertainment, Amatic, BF Games, Kajot, Playson, Pragmatic Play, Red Tiger, Ruby Play, Stake Logic and Wazdan. Their site features a black and white colour palette and it is fairly plain in design. The casino logo is its name in white letters outlined in black. They currently have no complaints logged at any of the major gambling portals.

Fruits4Real Casino are part of the DialMedia Ltd group who has maintained a positive relationship with this service and ensured all player complaints received an appropriate response.

The Fruits4Real Welcome Bonus currently consists of a bonus of 125% up to €125 plus 60 complimentary spins on Super Wild Megaways.The minimum deposit that will trigger the bonus is €10.This bonus has a wagering requirement of 35xbonus for the deposit bonus and 35xwinnings for the complimentary spins.Enter bonus code: 100508 to claim this bonus.The bonus is structured so that only wagering with bonus funds, which are stacked beneath the deposited funds, counts towards the wagering requirement. This also means that bonus restrictions, do not apply while you are wagering with your deposited funds. In other words as long as you are only using deposited funds you can withdraw at any time you like. The maximum allowed bet is €5 on any single round of play. There is no maximum allowed win with the deposit bonus or the complimentary spins.This bonus is cashable.Game Weightings:

Every effort is made to ensure these terms are accurate and up-to-date, however we accept no responsibility for inaccuracies or errors. It is your responsibility to ensure that you confirm the terms of any promotion you accept with the operator's website before you play.

Fruits4Real Casino state on their website that it takes 24 hours for withdrawals.

Minimum Withdrawal - None given.

Fruits4Real appear to only provide the RTPs for the games that have them built into their help files.

Fruits4Real do not appear to offer a loyalty program but it is worth double checking with their customer support in case this changes post the review process.

Fruits4Real is the latest addition to a group that has maintained a positive reputation with this service and who has, despite a few delays, ensured all player complaints were addressed appropriately.