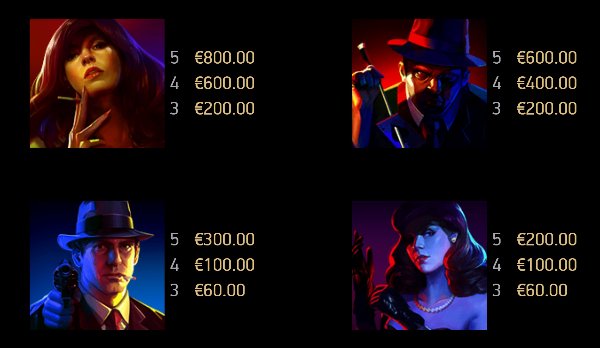 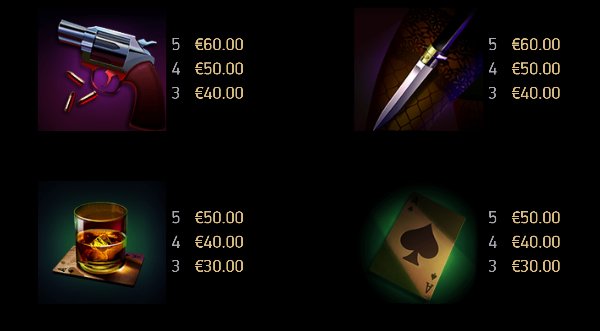 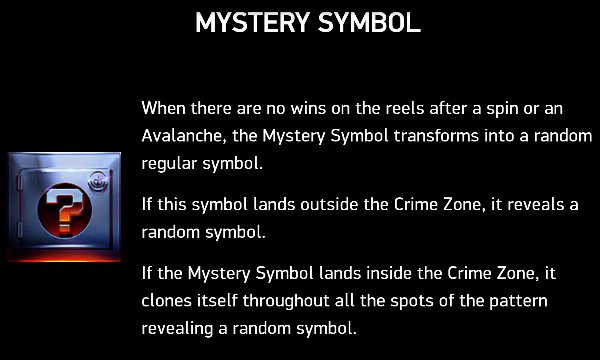 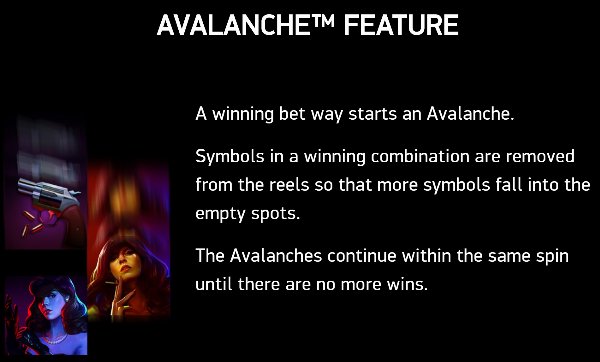 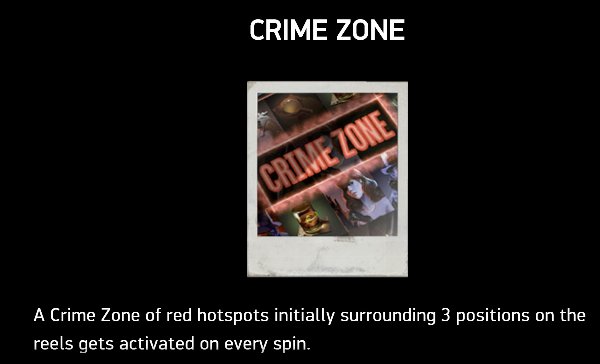 Cash Noir uses 5 reels that are 4 symbols high. Instead of paylines, you form wins when you land 3 or more matching symbols across adjacent reels. There are 1024 different ways to win in total.

Theme – This slot has an American Crime theme. Taking its influences from the black and white detective films of the 1940s and 50s. Expect a lot of smoking, conversations in darkened rooms, with nothing but the faint glow of the neon outside to light the reels.

Avalanches – Following any win, they symbols involved will be removed from the reels with new symbols dropping down to replace them.

Free Spins – You will be given 6 Free Spins, during which the “Crime Zone” will always cover 5 symbol spaces and a multiplier will be activated.

City Chase Multiplier Map – As you land winning symbols in the Crime Zone during the Free Spins you will move through the locations on the Multiplier Map. The multiplier will begin at 1x the bet and will increase as you move through the locations, increasing by 1x after every 7 locations. Every time you make it to 13 locations on the map you will be awarded 2 additional Free Spins and if you can make it to the end of the map you will be given 3 additional Free Spins and a multiplier of 10x the bet. It is worth noting that whilst this feature may operate using a meter it does not reset after each winning sequence like it does during the base game.

Cash Noir is an excellent, imaginative slot that will be vying for awards come the end of the 2020. It looks great and even sounds great, with a narrator speaking over the occasional spin and helping to give the slot the tone of authentic American crime noir. Whilst you don’t get Wilds, there are avalanches and the way that you trigger the Free Spins is in keeping with the theme, something that the game embraces in all of its features. This is simple enough to be fun and imaginative enough to be engaging. The house edge could be better but it shouldn’t put anyone off trying this slot out.