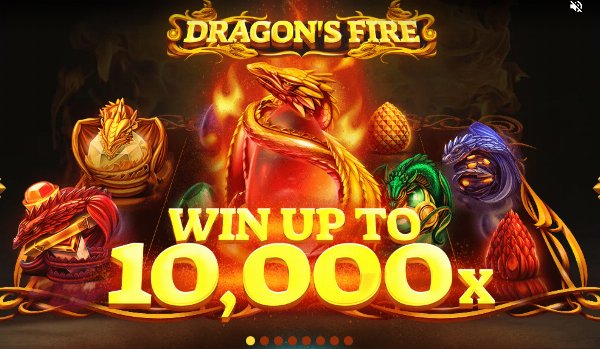 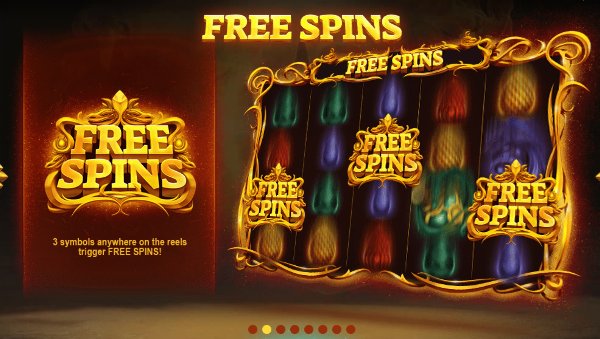 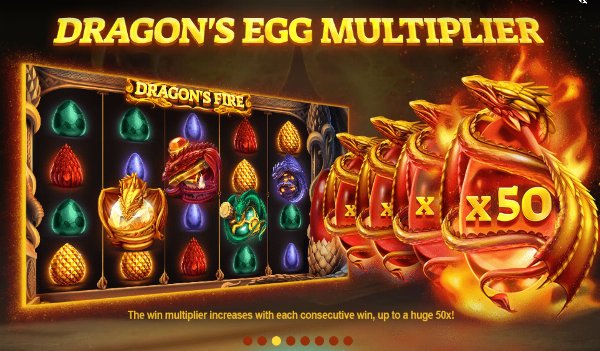 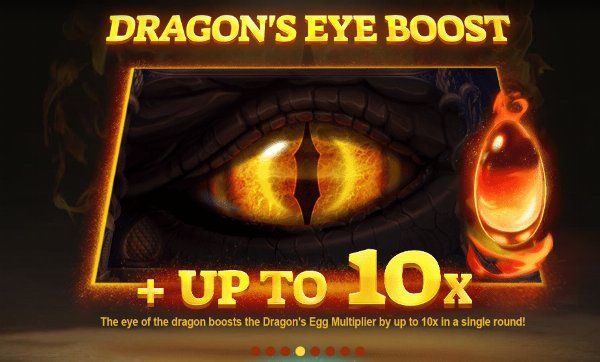 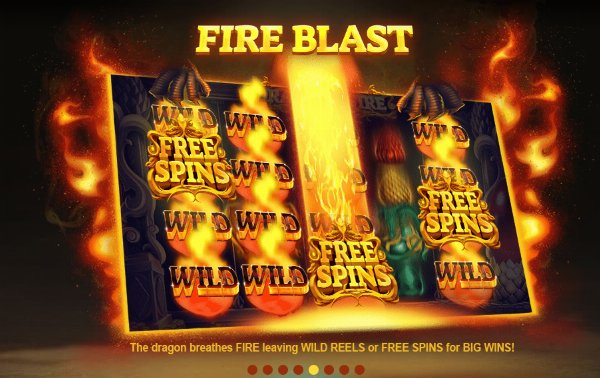 The Dragon’s Fire game can be found at casinos offering Red Tiger software. Red Tiger is a relatively new software developer in the online gaming market, having only been in operation since 2014. Red Tiger focus primarily on slots games but do offer a few table games, albeit a very limited range of them. In compliance with UK gaming legislation, Red Tiger publish the RTP/House Edge information for their slots games within their pay tables. As such, we can say that the House Edge for Dragon’s Fire is 3.93%.

Dragon’s Fire is a 5 reel game that is 4 symbols high. The game functions using traditional paylines, with 40 in total. Playing from left to right.

Free Spins – The Free Spins symbol will trigger the feature if you can land 3 or more of them on a single spin, anywhere on the reels.

Fire Blast – Fire Blast is a randomly triggered feature that will leave full reels of Wild or Free Spins symbol when it occurs.

Free Spins – You trigger the feature by landing 3 of the Free Spins symbols anywhere on the reels on a single spin. How many Free Spins you win will be determined by the coloured egg that you choose before the feature begins. During the Free Spins, the bet multiplier will not re-set after a non-winning spin.

Dragon’s Fire is a brilliant looking game that really harnesses the might and power of one of the most popular mythical creatures. The symbols look fantastic, especially the dragons, each one intricately designed. You get Free Spins and Wilds that come stacked. You also get a couple of random features. But arguably the most exciting feature of them all is one that is in play during each and every spin. The bet multiplier, which can in theory reach x50 the bet is a welcome addition, making each consecutive win worth substantially more. The house edge is pretty standard fair for Red Tiger, sitting at just under the 4% mark, which isn’t great value for money, but at the same time not so high that we would write this game off because of it. If it is a dragon game you are after then you wouldn’t go wrong checking this one out. All things considered, this is a game that we would recommend.