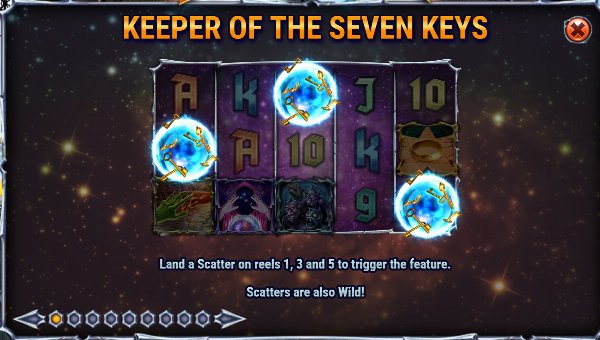 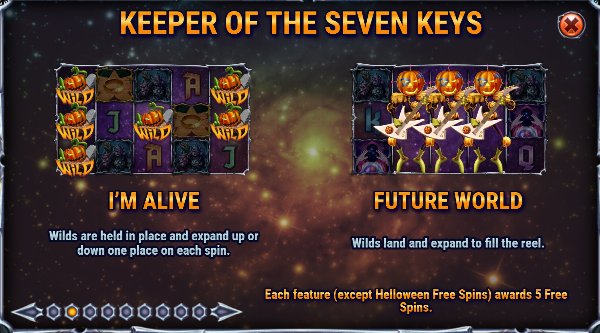 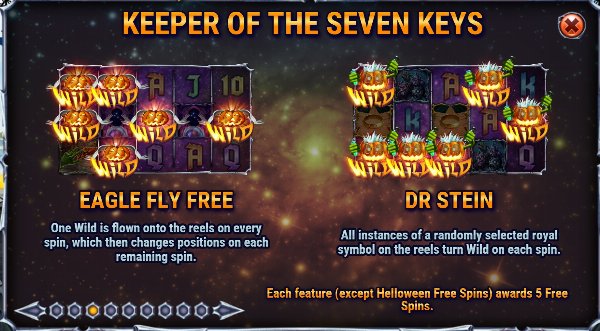 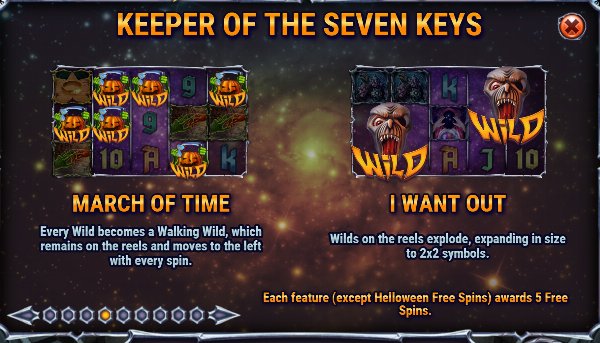 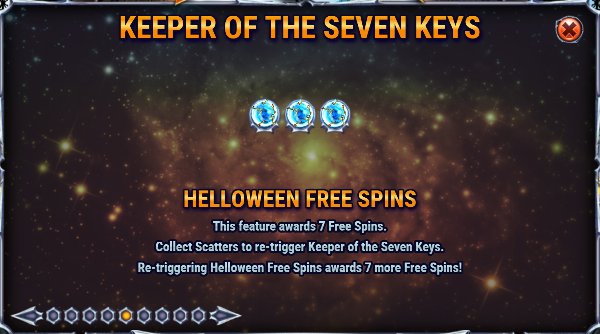 The Helloween slot can be found at casinos offering Play ‘n Go software. Play ‘n Go are a growing provider in the industry and have a rapidly expanding portfolio of both slots games and clients. They do offer a full casino platform, but primarily seem to be used as a bolt on package for extra slots games. Play ‘n Go do publish the Return to Player (RTP)/House Edge information for their slots games within the game help files. As such we know that the house edge for Helloween is 3.8%.

Theme – The theme is Halloween and hard rock. For anyone who doesn’t know, Helloween are a heavy metal band who formed in the mid 80s. The band are still going strong today and if you are a fan of their music then you will find plenty of their most popular hits in this slot.

The Helloween slot is made up of 5 reels, each one 3 symbols high. The slot uses traditional paylines, with 20 in total playing from left to right.

Wild – The “Pumkin” symbol is Wild, meaning it will substitute for all symbols other than Scatters.

Scatter – The Scatter symbol is the “Keys”. You need 3 or more of them anywhere on the reels to trigger the Bonus features. Scatters also act as Wilds.

Bonus – When you trigger the Bonus feature there are 7 different features that can trigger at random.

I’m Alive – You are given 5 spins and during the feature any Wilds that land will be held in place and will expand up for down to fill an additional reel space with each spin.

Future World – You are given 5 spins and during the feature any Wilds that land will expand to fill the reel.

Eagle Fly Free – You are given 5 spins and during the feature a Wild will be added to the reels on each of your spins. That Wild will remain on the reels, moving to a different space on the reels will each spin.

Dr Stein – You are given 5 spins and during the feature a Royal symbol will be chosen at random and all instances of it on the reels will be turned into a Wild symbol.

March of Time – You are given 5 spins and during the feature all Wilds that land will become Walking Wilds, which means that they will move one space to the left with each spin.

I Want Out - You are given 5 spins and during the feature any time a Wild lands it will explode and turn into a giant 2x2 sized Wild.

Helloween Free Spins – If you trigger this feature you will be give 7 Free Spins that can be retriggered by collected Scatter symbols.

Helloween Multiplier – At then end of any of the features there is a random chance that a Multiplier will be added to the overall win from that feature. The multiplier can be as high as 10x the bet.

Helloween is the latest in a growing empire of Play ‘n’ Go’s heavy metal band branded slots. The band in question allows the slot company to hit the Halloween button just a few weeks prior to the 31st of October. The slot comes with one real feature, but that feature comes with 7 different possibilities. All of those involve Free Spins and a Wild modifier of some sort, other than the Free Spins that come with 7 Spins. The house edge is OK and the features are also OK, meaning this is one to check out if you are a fan of the band or that style of music.