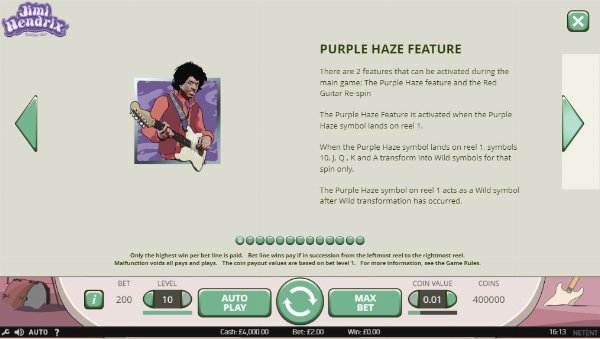 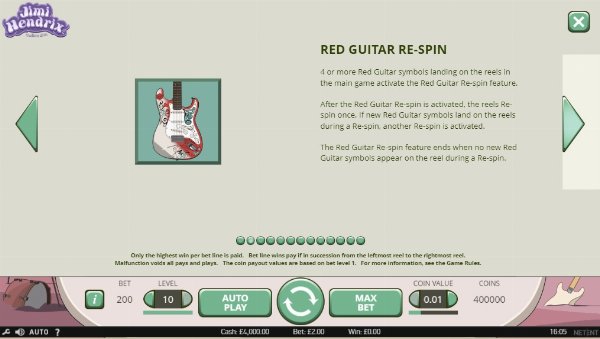 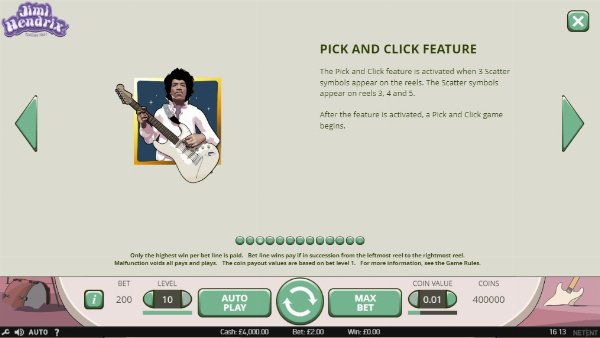 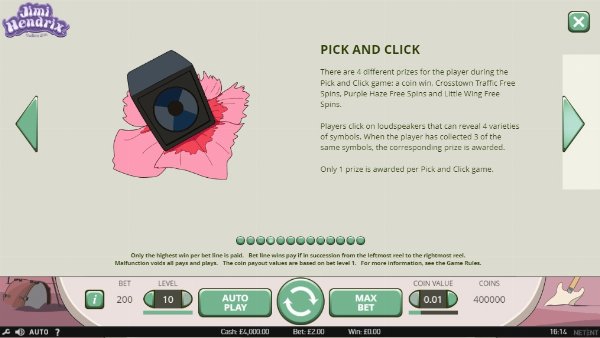 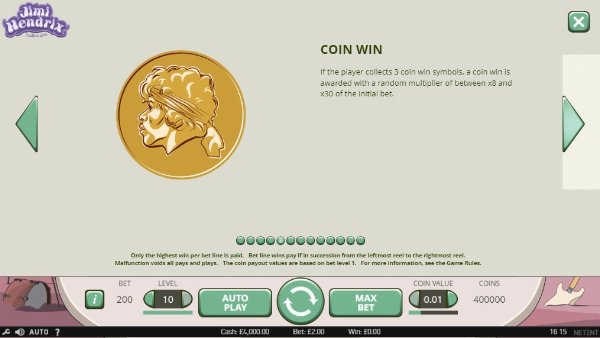 Rock with one of the greatest of all time.

Jimi Hendrix is a 5 reel game, with 20 paylines and you can bet up to 10 coins on each payline.

The ‘Jimi Hendrix’ symbol is Wild.

There are eight bonus features when playing Jimi Hendrix. The first bonus feature is activated when you receive the ‘Purple Haze’ symbol anywhere on reel 1. When this happens the Purple Haze symbol will act as a Wild symbol and all the 10, J, Q, K and A symbols showing on the reels are turned into Wild symbols.

The third, fourth, fifth and sixth bonus feature are activated the same way when you receive 3 or more of the ‘Jimi and White Guitar’ scatter symbol anywhere on the reels. When this happens you will be taken to a news screen showing 15 amplifiers. Select the amplifiers one at a time to reveal Flames, Purple Haze, Blue Wings or Coins. When you’ve revealed 3 matching symbols the corresponding feature is selected.

Three Coins awards a cash prize of between 8 and 30x the triggering bet.

Putting aside the fact that this game has an absolutely rocking soundtrack that I could listen to all day, the game itself has got the right look for Hendrix, has a great selection of bonus features and a very attractive House Edge.