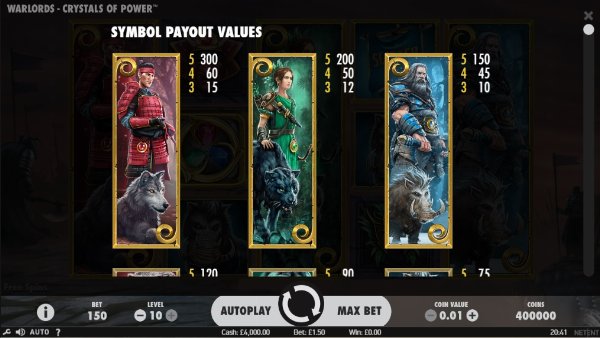 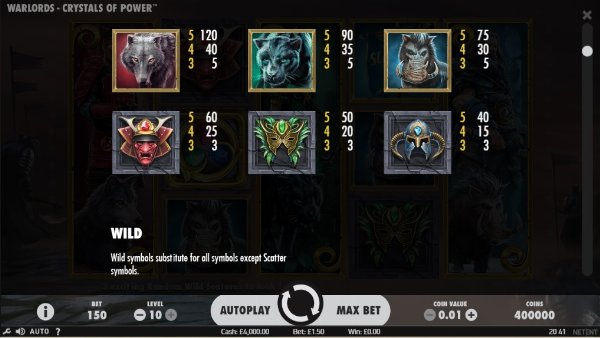 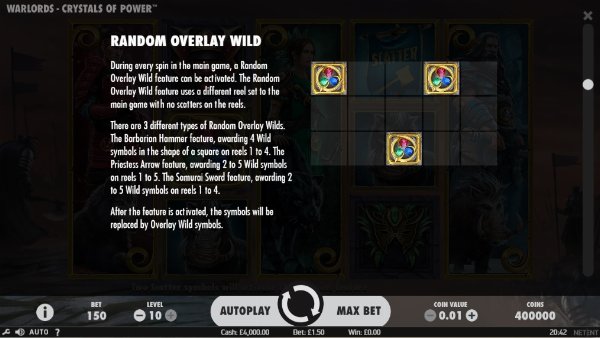 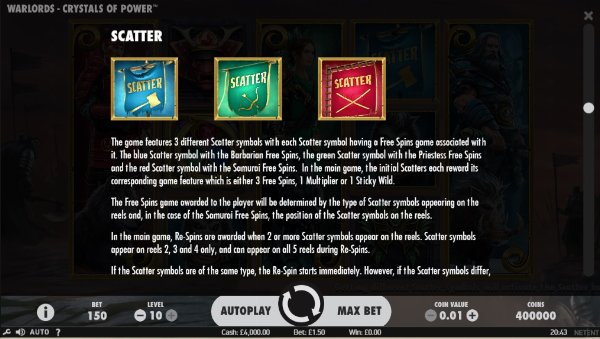 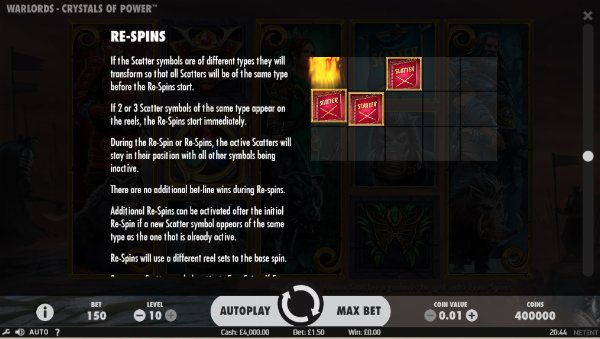 Vie for power and control and pit your force to gain the ultimate title.

Warlords – Crystals of Power is a 5 reel game, with 30 paylines and you can bet up to 5 coins on each payline.

The ‘Three Jewel’ symbol is Wild.

When complimentary spins are won they differ based on the colour of the triggering scatter symbol.

With an attractive House Edge, a great theme and a fantastically varied and exciting complimentary spins feature, Warlords – Crystals of Power is a game that should keep your attention for hours on end.