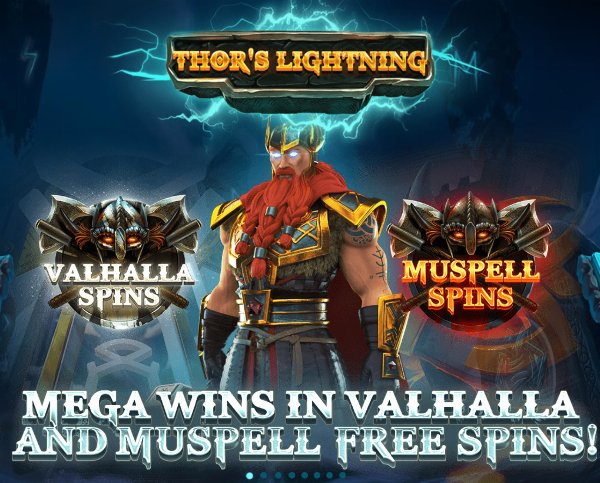 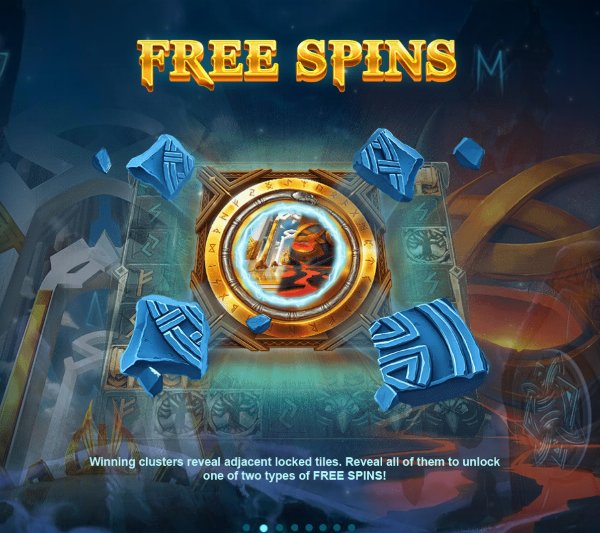 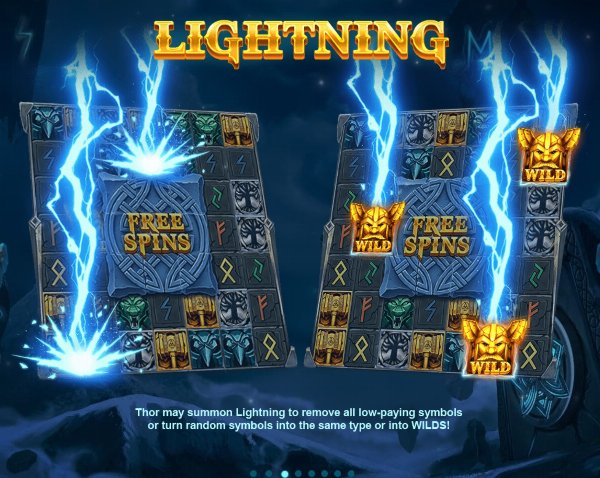 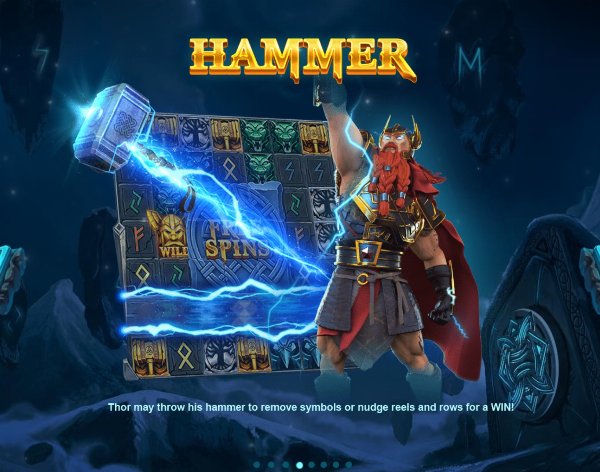 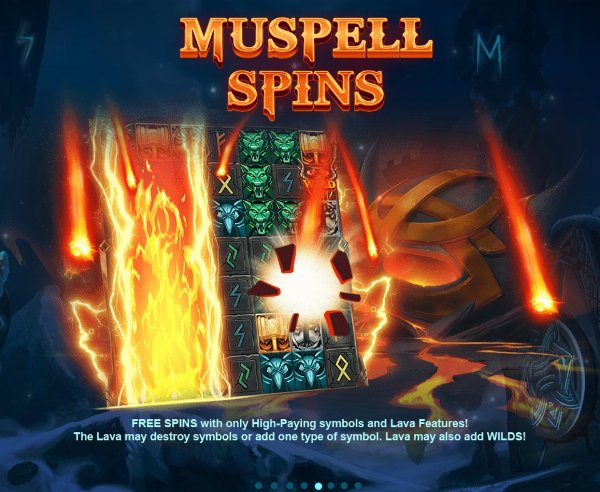 The Thor’s Lighting game can be found at casinos offering Red Tiger software. Red Tiger is a relatively new software developer in the online gaming market, having only been in operation since 2014. Red Tiger focus primarily on slots games but do offer a few table games, albeit a very limited range of them. In compliance with UK gaming legislation, Red Tiger publish the RTP/House Edge information for their slots games within their pay tables. As such, we can say that the House Edge for Thor’s Lighting is 3.92%.

Thor’s Lighting is a 7 reel game that is 7 symbols high. However, there are 9 symbol spaces in the middle of the reels that are inactive and only help to trigger the Free Spins features. The game does not use paylines, instead you win by forming clusters of 5 symbols. Clusters can be formed in vertical and horizonal combinations of identical symbols. Every time you form a winning combination the symbols that made it will disappear, creating a cascade. Symbols will fall into the spaces left by the winning symbols and new symbols will be added to the top of the reels, giving you another chance to win. This will continue until you fail to land a winning combination.

Wilds – There are two Wild symbols: a red mask and a gold mask. Both operate in the same way, substituting for all paying symbols. They are not worth anything on their own, so have no individual value.

The game comes with a number of features, all of which are triggered at random throughout your spins. Each one is described below:

Lightning – If this feature is randomly triggered then lightning will strike the reels, either replacing all low pay symbols with high paying symbols, or turning randomly selected symbols into the same type or symbols, which could even include wilds.

Hammer – If this feature is randomly triggered then Thor will throw his hammer at the reels and nudge certain rows to ensure that you form winning combinations.

There are two types of Free Spins available: Muspell Spins and Valhalla Spins. You will trigger which ever one is available at the time if you can form winning combinations all the way around the 9 symbols that sit at the centre of the reels. This means that the 8 outer symbols must have winning combinations right next to them before you can trigger the Free Spins.

Lava Shower – The Lava Shower Bonus is only available during the Muspell Free Spins. If randomly triggered, Lava Showers will hit the reels, destroying symbols and giving you an additional re-spin, during which new symbols will take the place of the destroyed symbols.

Lava Flow – The Lava Flow Bonus is only available on the Muspell Free Spins. If randomly triggered, a flow of lava will move through the reels , creating identical symbols on connected reels.

Thor’s Lightning is another great looking game brought to you by Red Tiger. This time the game is played out over a huge 7x7 grid with 9 redundant symbols sitting tantalisingly in the middle waiting to unleash the might of Thor’s hammer. This way of triggering the Free Spins is a new one for me and adds something a little unique to proceedings. Having the random features and the random nature of the free spins makes this a very unpredictable game but a very enjoyable one nonetheless. The Free Spins do seem to take an age to trigger, but when they do they offer something fun and little different from your standard fair. With a house edge at just above the average and no bonus this isn’t a perfect game but it is still one we would recommend you check out.