World Wildlife Day began its climb from the primordial sludge on the 3rd of March 2013, and since then it has gone on to “become the most important global annual event dedicated to wildlife.” 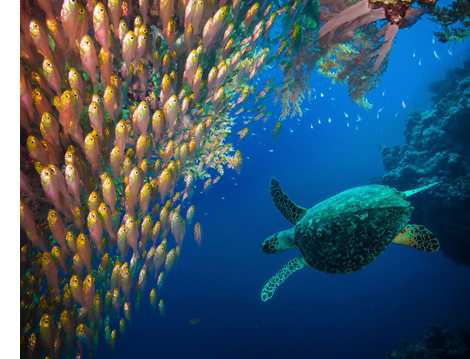 This year’s theme has been coined: “Life below water: for people and planet". The theme comes directly from the UN’s 14th Sustainable Development Goal and is the first time in its short 6-year history that the event has been dedicated to marine life.

The UN’S Goal 14: “Life Below Water”, is not just a plea for us to help save the inhabitants of our world’s oceans but also a desperate reminder of the profound importance that 75% of the Earth’s surface, 99% of the Earth’s living space, has on the remaining quarter.

You’ve heard the saying, that we know more about the surface of the moon that we know about the contents of our oceans. We have identified somewhere in the region of 200,000 species living in our oceans, but estimates place that number in the millions. What we do know is that as much as 40% of the world’s oceans have been adversely affected by our actions on the land, from heavy pollution and overfishing to the destruction of coastal habitats. Make no bones about it, we are the cause, which means we must become the solution.

The irony of all this is how heavily we rely on our oceans to sustain us on land. Up to 30% of manmade carbon dioxide is absorbed by our oceans, ensuring a reduction in the rise of global warming. Over 3 billion people depend on the ocean for their livelihoods and the estimated annual income generated by marine recourses and industries is over 3 trillion American dollars. That is a lot of money, a lot of jobs and a lot of food that just under half the world’s population is relying on to get through each and every day. 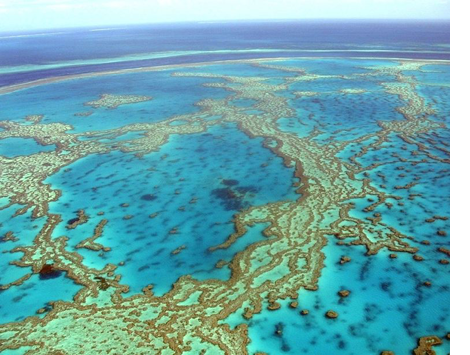 But don’t go taking my word for it; UN Assistant Secretary General, Abdoulaye Mar Dieye spoke recently about the importance of our world’s oceans, summarising a few of the point I have made much more fluently:

“Oceans regulate our climate, produce half the oxygen we breathe, provide nourishment for 3+ billion people, and absorb 30% of carbon dioxide released into the atmosphere and fully 90% of the heat from climate change. To ensure that oceans and marine species are preserved and protected, nature-based solutions that bring together public, private and civil society partners need to be replicated and scaled-up.”

In other words, this day isn’t a flippant attempt for an organisation to gain some notoriety. This world day and this theme in particular was created because what goes on in those oceans of ours is a big deal. This isn’t International Play More Cards Day, this is a day that brings us back to what is really important. To an issue that leaves none of us out. We destroy our oceans and the suffering that comes from it will be globally inclusive. 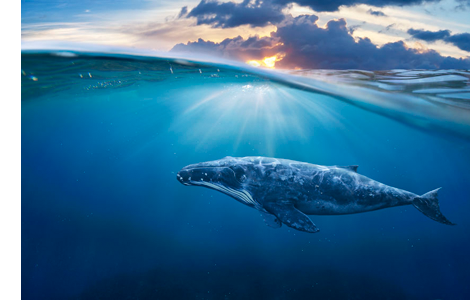 This said, let’s not make it all about us, just for a second. We’re a few years away from feeling the impact of our actions. For the animals who live there, the problem is nigh. The suffering is real and it is happening as you read this. Every year we pump more than 8 million tonnes of waste into our oceans and every day animals suffer as a result. David Morgan, Officer-in-Charge of the CITES Secretariat made the following statement of support for Sunday’s event that echoes much of what I have mentioned already:

“All whales and dolphins, all marine turtles, all seahorses, many coral species, and more and more shark species have been put under the protection by CITES - the world’s wildlife trade regulator. For marine species, CITES is at the interface between sustainable use and international trade for fisheries, working to ensure that trade in marine species listed under the Convention is legal, sustainable and traceable. CITES plays a well-targeted role in advancing implementation of SDG 14 with trade-related measures combined with effective compliance procedures.”

What can we do?

Those responsible for organising the event on the 3rd of March want you to do one thing on Sunday that will make a difference. They suggest learning more about marine life and the challenges that much of it is faces, then sharing what you have learned with your family and friends. To widen the net they suggest sending out messages on social media and provide a “Social Media Kit” to help you get involved.

The organisation provides a whole host of possibilities for anyone looking to take part, but ultimately, what it all boils down to is wanting you to be more aware of damage that we as individuals can make and take more care to buy our seafood from sustainable fisheries and to reduce our reliance on plastics that might find their way into our oceans.

Here at ThePogg we’ll be taking part, doing what we can to make others aware by bringing you a top 10 list of slots games. This time round we’ll be looking at games that have an aquatic theme. Some will be exceptionally relevant to the topic at hand, whilst others will be a bit more “mermaidy”. As usual, all the games on our list have scored 7 out of 10 or more on initial review. 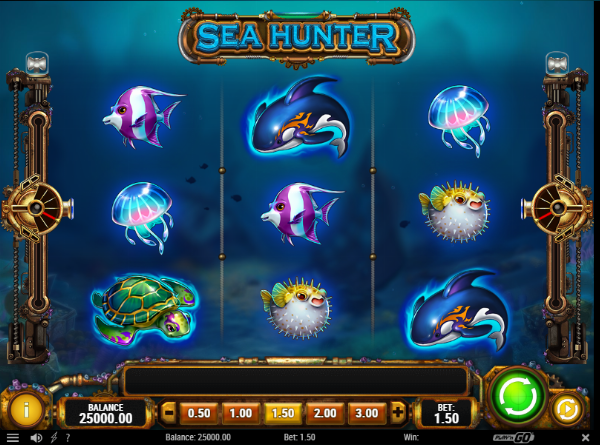 Play ‘n Go are no strangers to our top 10 lists and last time managed to take an impressive 4 slots. This game involves using underwater laser cannons to shoot cute little sea creatures. If this is something you partake in at a weekend then as part of your pledge to World Wildlife Day try taking up jogging instead. The game looks fantastic, with brightly coloured symbols and some fairly animated looking puffer fish and stingrays. The game boasts a house edge that is less than 4%, something that is not common place in the Play ‘n Go world. 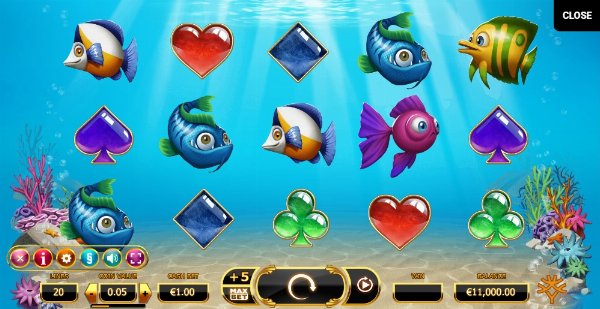 This Yggdrasil game made it onto our list of top 10 games with pets in them, despite the fact the game’s background looks much more like the bottom of the ocean than someone’s fish tank. I have no issue placing this game on another list as it has everything we are looking for with this particular theme in mind. It has an interesting bonus feature and offers decent value for money too. 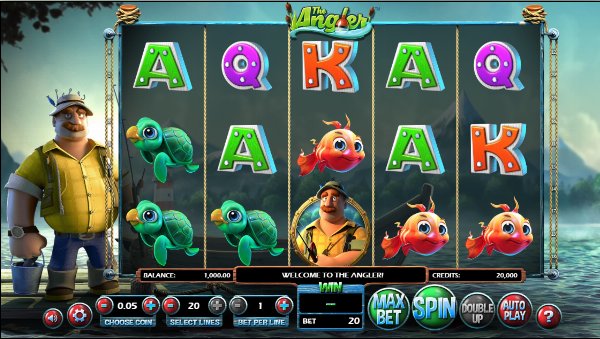 I’m fairly sure that our angler in question is fishing in a fresh water lake, but at the same time, I’m also fairly sure that he’s paid his licence to be there and is in fact scooping up trout from a sustainable fishery. More importantly, this is a great game. It looks great, filled with interesting, fun characters and it has some fantastic bonus features to get you hooked too. The house edge is also reasonable, meaning that if you are lucky enough to find a casino that is offering the Angler you shouldn’t hesitate to reel it in. 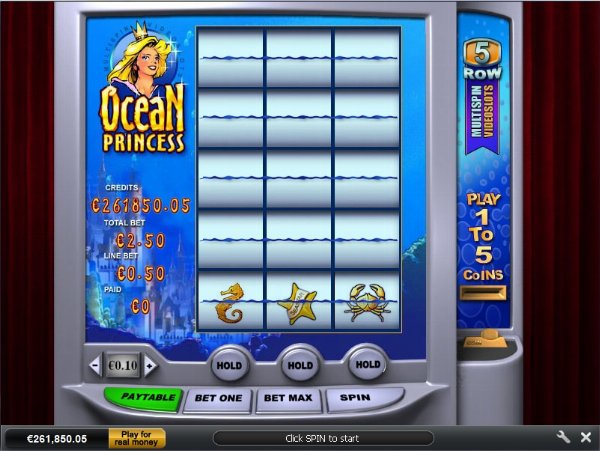 Ocean Princess is a seriously old game from Playtech that you might struggle to find available today. But if you can find it, do not be put off by the basic graphics. Do not shun the lack of gameplay or the stuffy looking, worn out reels. If you can find Ocean Princess at any casino you should jump at the chance to play a game with a house edge that is less than 1%. That’s right, less than 1%, making this easily the best value for money game to feature on any of our lists to date. 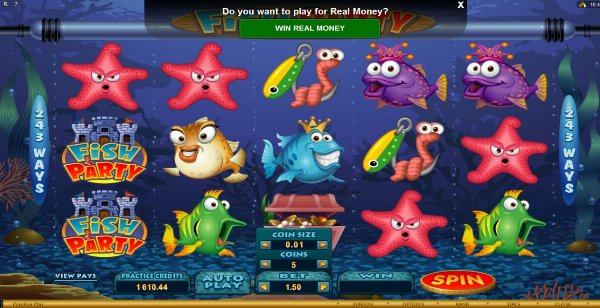 Fish Party is embracing some seriously crazy looking aquatic life. Go check the game out and tell me which sea creature looks the maddest. You’ll struggle because MicroGaming have put lots of effort into making each and every sea creature in this game (and that even includes the worms that are being used for bait) look fun and quirky. The game come with free spins and provides decent value for money. 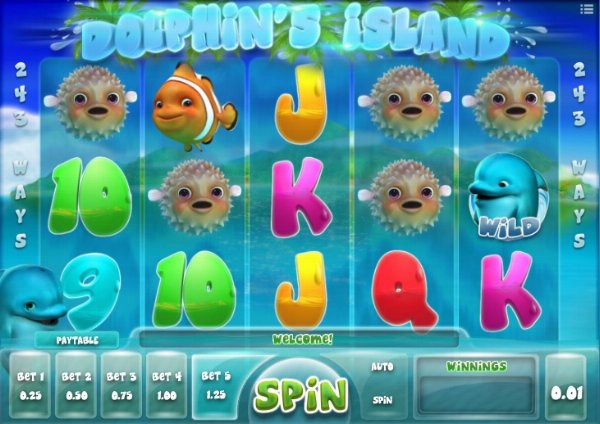 It’s hard to believe but Dolphin’s Island is the only good dolphin game that I could find. If there are more, please let us know, but for now, this offering from iSoftBet will be the one and only game to feature one of nature’s most intelligent animals to make it onto our list. Like so many of the games on this list it’s all about how good things look. It’s all about the bright colours and fun symbols that are being used to sit in front of our glorious ocean background. The game has a few decent features for you to check out and is offering decent value for money too. 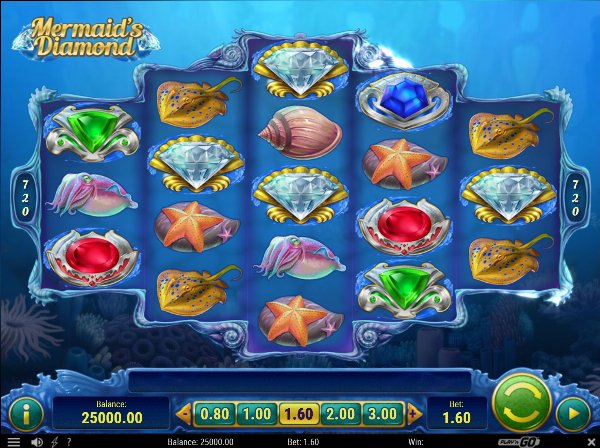 I promise that this is the only mermaid game on the list, which when you think about how many of those there are is pretty good going. I wanted to get one in there because there are so many good mermaid games out there. Mermaid’s Diamonds is our second entry from Play ‘n Go and this game’s strength has to be the diamond shaped reels. You go also get some interesting features, including some free spins. 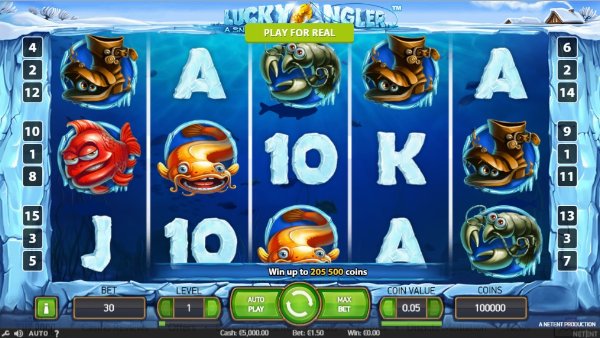 It’s about time we had another fishing game on our list. For a game that was released quite a few years ago now it still looks as good as just about anything out there at the minute. When it was first released, roughly 7 years ago we were impressed with how bright and vibrant the game looked, how colourful and detailed each of the very characterful symbols were and by the depiction of the frozen land surrounding this particularly cold piece of water and you know what, we still are impressed. This game has the ice cold features of a heavy weight slots game and is a firm favourite, a Bona fide classic from the Net Entertainment back catalogue. 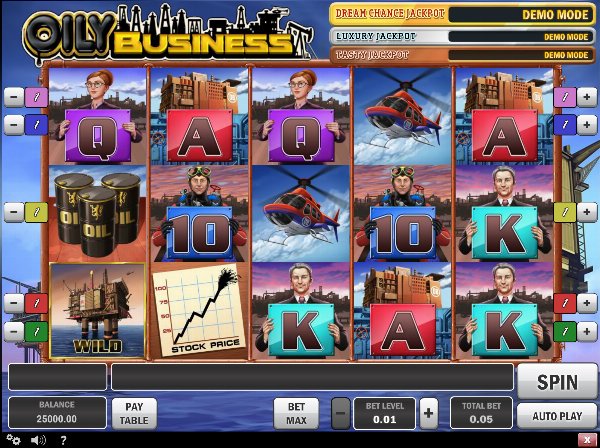 This game from Play ‘n Go is one that I included because, if I’m honest it clearly depicts an industry that has catastrophic consequences for marine life around the world. This game also happens to be the only game I have ever seen that deals with black gold instead of regular gold gold. I guess there’s less romanticism with oil, as we can all pan for gold but how many of us can drill for oil in the North Atlantic? The game is surprisingly good, given its overly corporate theme, with an interactive bonus game that has you guessing where is best to drill for that precious bounty. 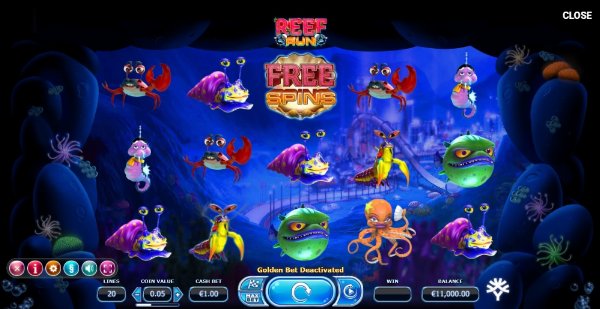 Reef Run is our second game on this list from the team at Yggdrasil. Like quite a few other games on this list the reef has been depicted in bright bold colours with fun and quirky characters to help add some life to those reels. The game comes with a few interesting features and has a reasonable house edge.

Whilst not every game on this list is set under the ocean they do all have large bodies of water and the life within them in common. All these games (with the exception of Oily Business), whilst blatantly superficial, take the best bits of our oceans and bring them to us in their technicoloured glory. Why? Because we love them. We love the ocean and the creatures that reside within them. And if we want to keep on loving our oceans then we all need to start treating them differently.