Human beings may still have 1 head, 2 arms and 2 legs; 10 fingers and 10 toes but that does not mean that as a species we have stopped evolving. Arguably – the changes that humans have undergone over the centuries are less biological and more technological – one thing remains constant though: our need to communicate with others of our species. It is difficult to give an exact date for the emergence of the modern human – modern meaning skeletally and genetically the same as we are today - but suffice to say that it is in the region of two hundred thousand years – give or take a millennium or 10. Throughout the entirety of the period since our emergence from the primordial fog, our need to form meaningful connections through communication has been readily apparent. Naturally, early communication relied upon verbal interactions – not speech as we know it - from the outset – also a degree of facial expressions and body language. Cave paintings too were a means of communicating with those following us before writing skills developed. Petroglyphs – rudimentary pictorial carvings predominantly found on the surface of rocks - are thought to have followed, approximately twenty thousand years after cave paintings. Although we do not know all that these systems were designed to convey – we can be sure that they were used as a means of communication.

Fast forward one hundred and fifty thousand years and human communication methods are still evolving. Handwritten letters and post cards have been superseded (though not quite obliterated yet) by telephone calls, emails and text messages - now these too are finding competition from instant messaging apps and social networking sites such as: WhatsApp, Facebook, Instagram, Twitter and Snapchat. As social norms shift, and the pace of life changes, human communication needs alter. There has been a gradual trend towards shorter exchanges that can be delivered in the instant they were sent – long gone are the days when one anxiously awaited the response to an urgent letter for a week or more. There also seems to be a greater need for regular contact – we have all been out in company and noted the number of people sitting at dinner with family and yet staring at their mobile phones. It seems that complete validation comes with instant notification. As the pace of life accelerates towards terminal velocity, we must find briefer more succinct ways of expressing our needs and emotions: enter the emoji.

We have gone from a time where takeaway pizza was unheard of to a time when, in the US, Dominos will deliver your pizza of choice (based on a profile you have created) if you simply send the pizza slice emoji to them, like some sort of cheesy cyber smoke signal highlighting your desperate need for sustenance . Domino’s Chief Executive, Patrick Doyle gleefully boasted to USA Today: “It’s the epitome of convenience. We’ve got this down to a five-second exchange.” Meanwhile those of us living in the Dark Ages UK need to go through the arduous - almost 30-second-long - process of ordering our pizza the old-fashioned way.

Such is our growing reliance on emojis that large sections of lots of university courses are being run based on the concept, comparing modern day emojis to ancient hieroglyphs. Many of the institutions held in highest academic esteem now see emojis and their place in our modern world as fundamental to communication and how it will continue to develop in the future. Edinburgh University in Scotland, Cardiff University in Wales and King’s College London, all offer courses that, in part, explore the rise and scope of the emoji.

So, which of the jolly little yellow fellows proliferating in our communications is our nation’s most relied upon? It is, of course, the rather sweetly named: “face with tears of joy”. I’m sure you are familiar with its wide, joyful grin and twin tears (of alarming proportions if you think about it logically) ?. Somewhat perplexingly, the Oxford Dictionary people elected to name it their “word of the year” in 2015. It bested “red heart” and “smiling face with heart-eyes” respectively into second and third spots for our most used emojis. So why is “face with tears of joy” so attractive to emoji users? They have over 3000 emojis to choose from, according to the Unicode Standard List published in March 2019, why is this guy dominating? 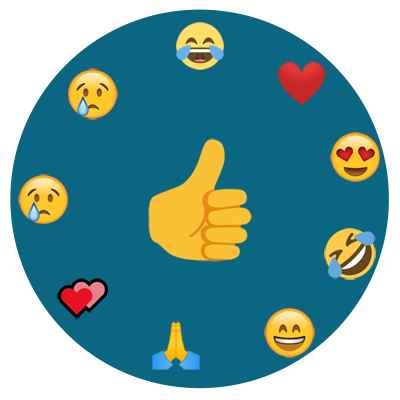 I believe it links back to a ground-breaking study carried out by professors, Albert Mehrabian and Susan R. Ferris, published in the Journal of Consulting Psychology of 1967. It aimed to decode just how much of the meaning we extract from our communications derives from non-verbal cues. Surprisingly, the studied found that 93% of communication is by nature non-verbal – breaking this down further, it discovered that 38% of our overall interpretation of meaning is made up of vocal clues – this could relate to tone, inflection, length of time between words and various other factors; the other 55% came from our assessment of purely visual information passed during the exchange. Without question, emojis harness strongly visual factors and “face with tears of joy” is one of the most emotionally exaggerated emojis available for selection by users. If we want there to be no room for misinterpretation, he’s our go to guy – no-one could mistake our intent with him on our side - and I believe that is why we turn to this little fellow when there can be no room for ambiguity.

Beyond the fact that emojis are little emotional snapshots that are easy to interpret, they also convey quite a lot in a brief period of time, meaning that they are the perfect solution to the modern-day problem of a lack of time. Since instant and constant communication is so vital to the emotional well-being of the population – emojis are indispensable. When we want someone to know we aren’t ignoring them, that we’ve seen their message and want to maintain our connection, but we’re seriously pushed for time, a single emoji can allay their fears of rejection. They understand that we are busy but want them to know that they mean something to us. Emojis allow us to keep the emotional bonds between friends and family under constant maintenance without the need for our time-poor selves to suffer further resource depletion. In the final minute before an important meeting or interview, the buzz of our phone and the appearance of a little four leafed clover on our screen lets us know at a glance that our support network is rooting for us. A man ahead of his time, Frederick R. Barnard famously wrote, in commendation of the use of graphics in advertising, way back in 1921: “One look is worth a thousand words.” It seems he was right!

The power of the emoji is apparent in the results of a recent survey carried out by software development company, Adobe in the United States. Interested to discover whether Barnard’s hypothesis was indeed correct, Adobe surveyed one thousand people spanning the ages of 16-73, that regularly used emojis, to discover the impact the use of emojis in marketing materials would have upon them. Of the participants, slightly over half (51%) admitted that if a company marketed using emojis in their social media posts, then they would be more likely to be amenable to their advances. In fact – the survey went even further than this – it discovered that if a brand was savvy enough to spend time marketing by using personalised social media posts that used emojis specifically targeted at an individual’s particular personality traits, then 60% would be more favourable towards those brands. When it came to conversion, 44% of those that took part revealed that if a particular product was marketed in a way that included emojis, then their purchase of it would be more probable. Clearly, the human attachment to emojis can lead to an increase in their trust of brands wise enough to manipulate the masses’ weakness for them.

Emojis are not the only way that communication, particularly online communication, has changed in recent years. Lack of time has influenced the development of online communication in other ways too. There has been a major upswing in the incidence of abbreviations built into our exchanges. Some of you will no doubt have found yourselves Googling certain perplexing letter combinations sent mysteriously to you by your loved ones; others will be fully fluent in the art of the abbreviation. The most commonly used shortenings are acronyms such as: LOL (laugh out loud), B4N (bye for now), TTYL (talk to you later), IMO (in my opinion) and myriad other options. It isn’t only the increased pace of daily life that drives our need to shorten our exchanges – some messaging services even impose a word limit on each message sent, meaning that we had had to become more resourceful with the characters we are allocated. Twitter initially limited users to 140 characters per message but in 2017 they increased this to 280 – by that time the process of abbreviating was firmly fixed in place and it has continued, spreading from just being the Twitter user’s habit to the habit of most users that use messaging and texting frequently. As a former English teacher, I am horrified to say that the dreaded LOL and IMO were even trying to impinge on the borders of formal essay writing. The youngest generation seem so familiar with the practice of abbreviating, that they are in very real danger of being unable to tell when this is appropriate and when it just isn’t. 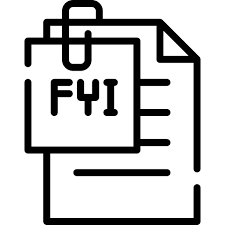 We now abbreviate as a form of accommodation – it makes us feel like part of a club – in the same way as glottal stops might creep into someone’s speech when they are speaking to a person they are familiar with, but be entirely absent when they are speaking to a lawyer or doctor or someone of similar authoritative standing, we shift our texting and messaging habits to facilitate bonding. For the same reason the rise of texting and messaging slang has arisen. Human beings like to feel part of a group and by employing communal language, particular to that group, they create strong connections. At the same time as creating a sense of inclusion, it could be argued that the use of internet slang is also by its nature a means of exclusion. Most often new items of slang vocabulary are coined by Millennials or Generation Zers – the younger generation – keen to create a language that cannot be easily interpreted by their parents. As their parents learn the slang it continues to evolve and develop to stay beyond their understanding. YEET!

This brings us to the use of the hashtag – that attention grabbing, spotlight hogging, media whore: #lifeinthespotlight. Hashtags act like little beacons guiding the wandering internet traveller to a destination they may (or may not) have in mind. Beloved of businesses and brands, the use of a hashtag in a post can increase its visibility and, in turn, increase the likelihood of the intended customer base engaging positively with it. Recent research suggests that using even one hashtag in an Instagram post leads to approximately 12.6% more engagement than the same post without that hashtag. People like hashtags. Period. They help them navigate the perilous shores of online content and communication and enable successful landings to take place. #showmetheway, #getmorelikes, #marketabilityleadstoprofitability.