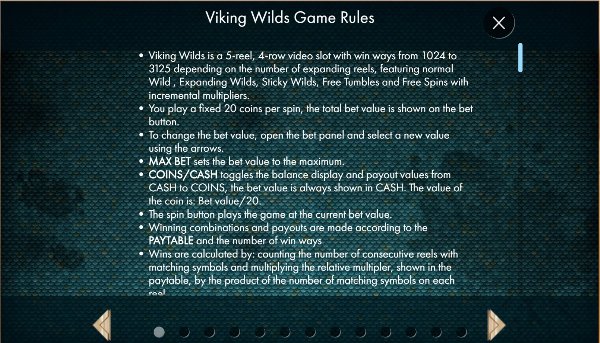 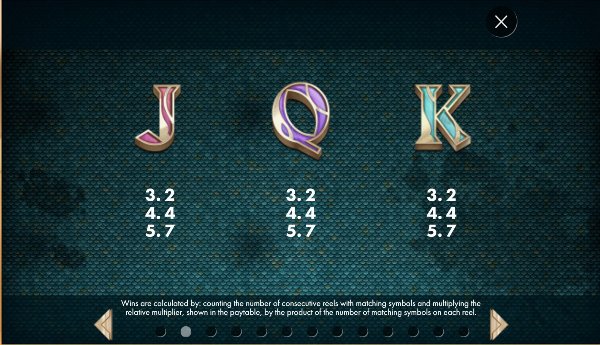 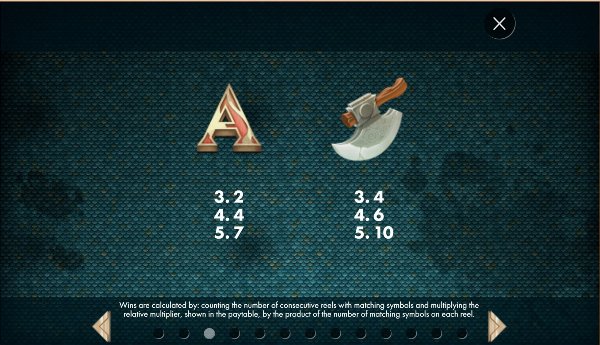 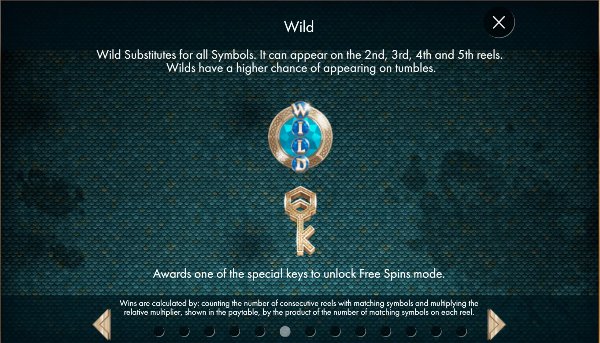 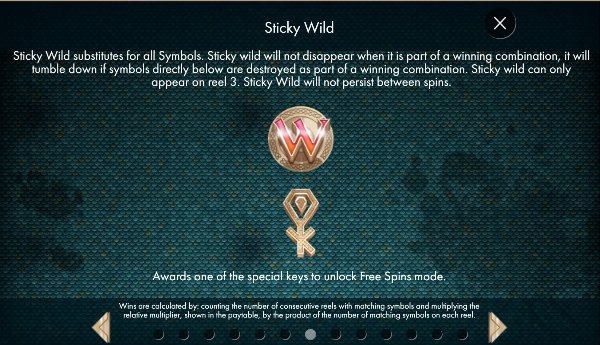 The Viking Wilds slot game can be found at casinos offering Iron Dog software. Iron Dog are one of the smaller software providers currently on the market, but the appear to be a subsidiary of the far larger and better established 1x2Gaming. They do not offer a full casino platform, but primarily seem to be used as a bolt on package for extra slots games. Iron Dog do publish the Return to Player (RTP)/House Edge information for their slots games within the game paytable. As such we know that the house edge for Viking Wilds is 3.94%.

The Viking Wilds consists of 5 reels, 4 symbols high. The game does not use traditional paylines, instead it uses winways, of which there are a minimum of 1024. This number can increase to 3125 because the reels can expand to 5 symbols high.

Standard Wilds – The “Blue Wilds” are the game’s standard wild and will substitute for all symbols. They are only available on reels 2, 3, 4 and 5. “Blue Wilds” will also reveal one of the keys needed to help unlock the Free Spins feature. “Blue Wilds” are more likely to appear during tumbles.

Sticky Wilds – The “Pink Wilds” are the game’s sticky wilds, which will substitute for all symbols. “Pink Wilds” are only available on reel 3. Sticky Wilds will not disappear when they are part of a winning combination. Instead, it will tumble down of they symbols beneath it are destroyed and disappear. “Pink Wilds” will also reveal one of the keys needed to help unlock the Free Spins feature.

Expanding Reels – Reels can expand at random. They will remain expanded for the durations of all winning tumbles. In theory, all 5 reels can be expanded during a series of tumbles. Expanding reels are available during the Free Spins feature.

Free Tumble – Every time you land a successful winway the symbols that trigger it will explode and disappear, before existing symbols tumble down into those spaces and new symbols are added to the reels, giving you another chance to try and form a winway. The process will continue until no wins are formed.

Free Spins – Free Spins are awarded if you can land reveal 3 of the keys on a single spin and the resulting tumbles that come from winning lines. This essentially means that you need to reveal of each of the Wild symbols in a single spin to trigger the feature.

Free Spin Multiplier – The Free Spins feature is very similar to the base game, except in this case every time a reel expands or you reveal a sticky or expanding wild, you will increase the multiplier by 1.

It has been a while since we’ve seen an Iron Dog release and I have to say that things have come a long way since 2018’s Curious Cabinet. Like that game there are a lot of different symbols and a lot of features on the go too. The game does look better than Curious Cabinet but is still lacking in that glitz and glamour to allow it a seat at the big table with the industries most creative software developers. In this game you are dropped into the world of the Vikings, where you have 3 different wild symbols are contributing to a diverse game that also offers you expanding reels, free spins and tumbles. The house edge, whilst not offering excellent value for money, is still a long way off being poor value for money. All things considered, this is a game we would recommend you play, one that would score higher if it was a little slicker and had a slightly lower house edge.