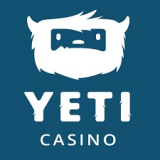 Yeti: Does not accept players from United States

Yeti: Does not accept players from United States

Check our list of casinos that do accept players from United States.

Yeti casino is a relatively new gambling property run by L&L Europe. It holds dual licenses with the MGA, and the UKGC. It offers a range of games from Net Entertainment, Novomatic, Bally, WMS, Thunderkick, NextGen, Blueprint Gaming, Slingshot, Barcrest, Just for the Win, IGT, High5Games and Microgaming. The home page features a white and blue colour theme - its logo is its name in blue block capital letters - separating the two words is the shaggy head of a blue and white yeti type creature. Yeti currently have no significant outstanding complaints at any of the major gambling portals.

ThePOGG.com serves as an Alternative Dispute Resolution (ADR) service for Yeti Casino as part of their MGA license requirements. This means that we can offer legally binding rulings for all complaints submitted to this service from jurisdictions subject to the MGA license.

The Yeti Welcome bonus currently consists of a bonus of 100% up to £111 cashback on losses plus 100 complimentary spins on Joker Pro.

Players signing up via ThePOGG.com will also receive an ongoing 10% cashback on losses. You can claim is cash back by contacting support. Cashback will be paid twice per week. The minimum cashback payout is £10. This cashback offer does not combine with any other offers including the welcome bonus. Not available in Sweden.

The Yeti Casino website states that Neteller withdrawals will be paid within one business day.

Yeti casino publish the house edge/RTP figures for all of their slots games.

All of the operators in the L&L Europe group we consider to be top notch. Years of experience with this group have shown them to be consistent in their high levels of customer support and transparent practices. Players electing to take their play to this group can expect a high quality playing experience.

Found for the Casino
0 comments
4 months ago

Found for the Casino
0 comments
7 months ago

Found for the Casino
6 comments
1 years ago

Found for the Casino
21 comments
1 years ago

Found for the Casino
7 comments
2 years ago

Found for the Casino
6 comments
3 years ago
+ 6 more