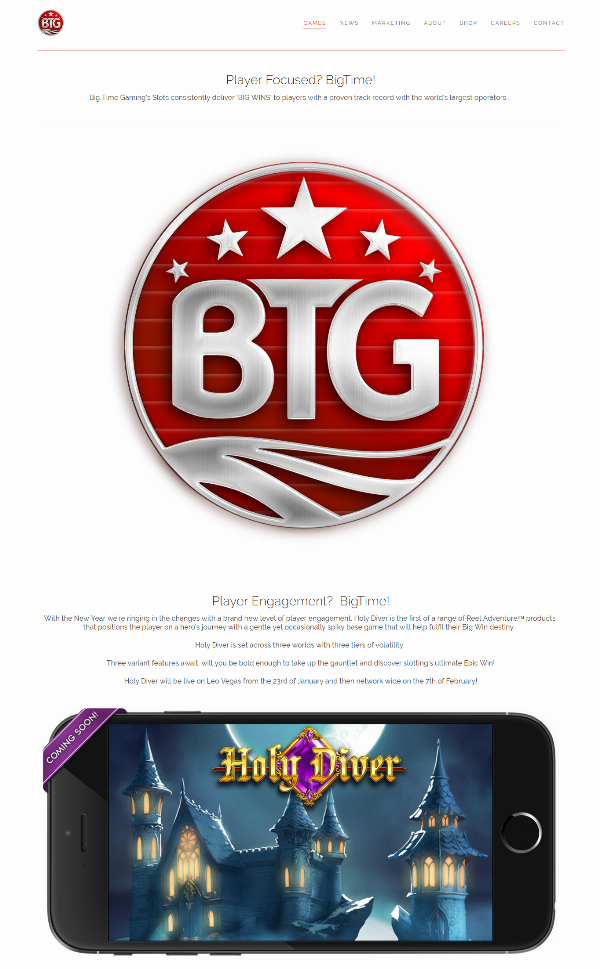 Big Time Gaming is one of the newer software developers in the online gaming market. Alongside many of the smaller casino software providers Big Time Gaming focus exclusively on Slot Games. The company was founded by two individuals who reportedly were involved in the early days of New Tech Media that (via various sales and takeovers) ended up being part of OpenBet. Big Time Gaming have a strong focus on slots games and do not appear to offer any table games or videos poker. At time of publication the Big Time Gaming website lists a total of 12 slots games for the online market. They do not provide free versions which makes reviewing their catalogue more difficult. Having looked at unofficial resources there appear to be around 23 Big Time Gaming slots games, with many of the older games missing from the companies official site. In terms of slots games, Big Time Gaming offer games that visually just do not quite live up to the standards set by market leaders like Net Entertainment or Yggdrasil Gaming for visual splendour. Their games do offer an autoplay feature allowing the user to select from 5, 10, 25, 50 or 100 spins with an auto-stop option on a loss of between 20 and 80x your bet per spin and a customisable single win limit. There is no 'turbo play' setting when playing Big Time Gaming games. The House Edge/RTP of the Big Time Gaming slots games is listed within the help for the newer games in their catalogue. For the older games, as Big Time Gaming is partnered with UK licensed operators and the UKGC license requires the publication of this information RTP figures can be found on numerous casino sites. Their games start around 4% (96% RTP) but do go as high as 7% House Edge (93% RTP). This range starts at the top end of the range commonly being seen in recent released and extends significantly above this range making Big Time Gaming games more expensive to play on average than most recent slots releases. The bonus features offered in Big Time Gaming have always tended to be on the innovative side. It is rare to only have free spins and wilds in a Big Time Gaming offering and if you do they tend to come with some sort of an added twist Big Time Gaming don't offer a product that would do well in the modern market as a primary provider, they lack the range of non-slots games to outfit an entire casino platform and even their slot games are a limited selection, but they do make a reasonable addition to game catalogue when a more significant main platform is already in place. It's also significant to note that several of their games have become very popular with players, regularly featuring in the most played lists at casinos and being discussed often on forums.
Discuss in Forum Submit a Complaint