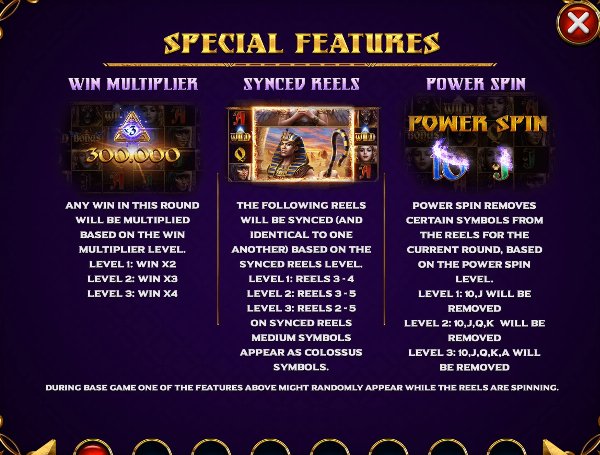 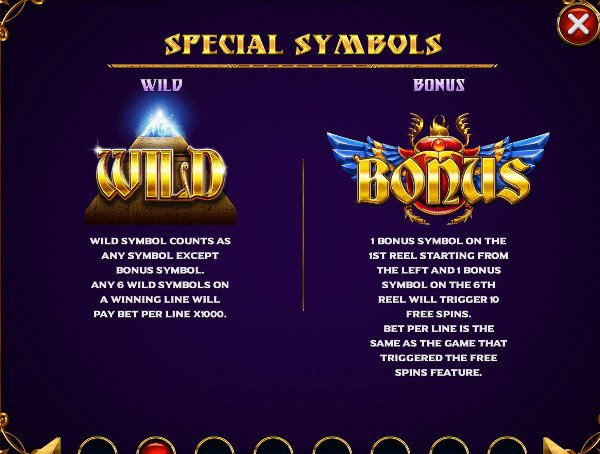 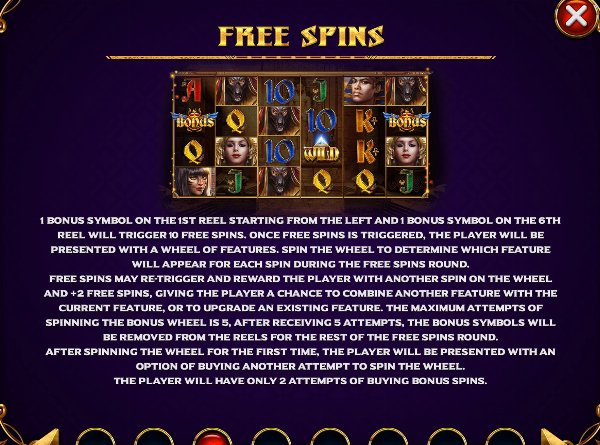 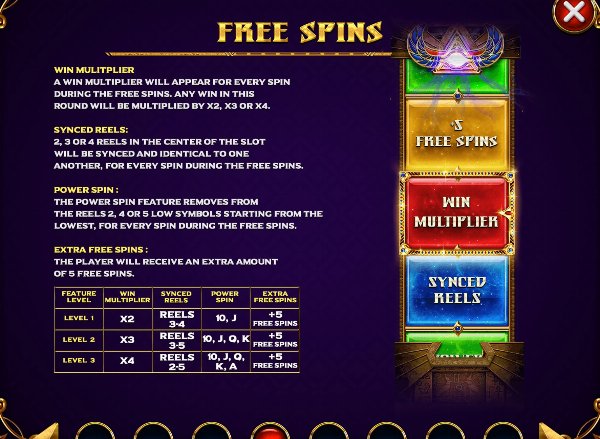 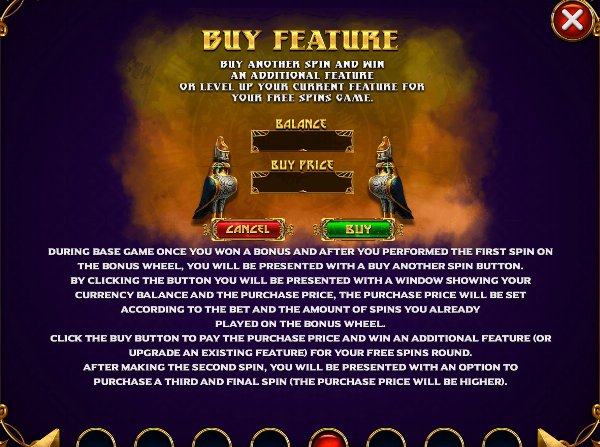 The Story of Egypt slot game can be found at casinos offering Spinomenal software. Spinomenal is one of the newer software developers in the online gaming market. Alongside many of the smaller casino software providers Spinomenal focus heavily on slots games. The House Edge/RTP of the Spinomenal slots games is listed within the paytable for the newer games in their catalogue. For the older games, as Spinomenal is partnered with UK licensed operators and the UKGC license requires the publication of this information, RTP figures can be found on numerous casino sites. As such we know that the house edge for the Story of Egypt is 3.7%.

The Story of Egypt is a 6 reel game that is 4 symbols high. The game uses 50 standard paylines, playing from left to right.

Wilds – The Wild symbol will substitute for all symbols other than the Bonus symbol. Bonus symbols can appear on any of the reels.

Bonus – The Bonus symbol can only land on the 1st and the 6th reels. If you land one on each of them you will trigger the Free Spins feature.

Win Multiplier - During the main game a set of wings may appear at a random point and will either multiply the bet by 2, 3 or by 4.

Synched Reels – This is a random feature that can trigger at any point during the base game. If it does then a number of reels will synchronise to reveal identical symbols. You can have reels 3-4, reels 3-5 or reels 2-5 all synchronised to reveal the same symbols.

Power Reels – This is a random feature that will see certain low paying symbols removed from the reels, increasing the number of higher paying symbols that land.

Free Spins – If you trigger the Free Spins you will be given 10 spins in total. Before the spins begin you will spin the Wheel of Features. This will decide which modifier triggers on each of your Free Spins. If you retrigger the feature you will not receive the full 10 spins, but will be given 2 additional spins and another spin of the Wheel of Features, which will be in play for those 2 additional spins, along with the existing additional feature. This can only happen 5 times, after which all the Bonus symbols will be removed from the reels. The modifiers that you can land are:

Win Multiplier – A win multiplier of 2x, 3x or 4x the bet will be applied to every win.

Synched Reels – 2, 3 or 4 reels in the centre of the grid will be synchronised, meaning they will contain identical symbols.

Power Reels – 2, 4 or 5 of the lowest paying symbols will be removed from the reels, meaning that there is more chance to land higher paying symbols.

Extra Free Spins – You can also receive and additional 5 Free Spins, along with the 2 awarded for the retrigger.

The Story of Egypt is a slot that I like the look of and one that I feel has good features. You get some random features and Free Spins that come with modifiers and can be retriggered (albeit with a reduced number of spins from the initial trigger). The house edge is better that I have seen in some Spinomenal games, making this a slot worth checking out.