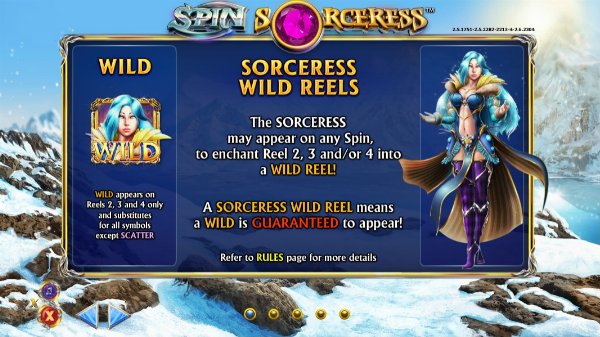 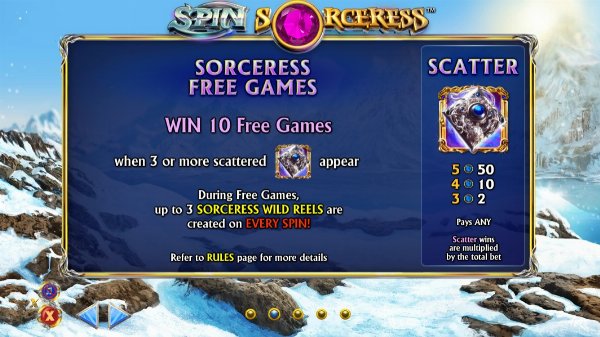 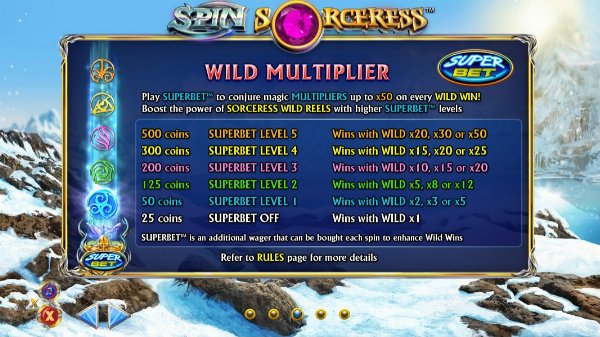 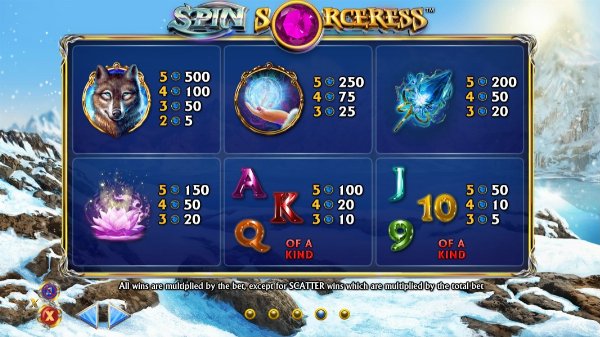 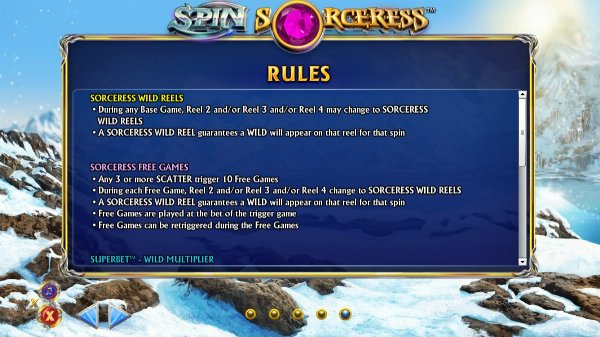 This sorceress could magic you up some big wins.

Spin Sorceress is a 5 reel game that does not use standard paylines. Instead and 3 or more matching symbols on adjacent reels starting from the left side of the reels constitutes a win. This is equivalent to 243 standard paylines.

The ‘Sorceress’ symbol is Wild and only appears on reels 2, 3 and 4.

The second bonus feature is activated when you receive 3 or more of the ‘Metal Plate’ scatter symbol anywhere on the reels. When this happens you will be awarded 10 complimentary spins. During the complimentary spins up to 3 reels can will be guaranteed a Sorceress Wild symbol every spin. This can only happen on reels 2, 3 and 4.

The third bonus feature is triggered randomly during a spin. When this happens the Sorceress will enchant a random selection of reels 2, 3 or 4 so that they guarantee a Sorceress Wild symbol will appear.

Spin Sorceress is a really attractive game with great bonus features a House Edge better than 99% of the slots games available online today. There really are a host of good reasons to look out for this game.