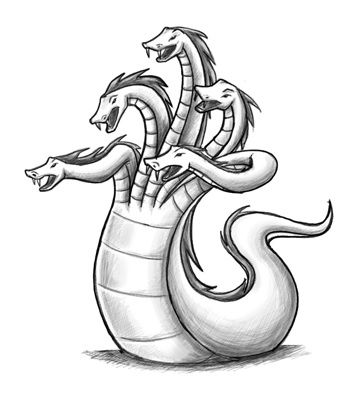 It has been some time now since we last gave an update on the growth of what we consider to be one of the most dangerous groups in operation within the online gambling sector today – the Game Tech Group. This name is now somewhat redundant. As far as we are aware there are no casino operators still live that are currently citing the Game Tech Group as their ownership. Instead, we find the properties that previously listed that ownership running under a couple of new companies – Izzy Gaming BV and Vega World Solutions NV.

Feeding on the vulnerable

So what’s the big problem with the Game Tech Group and all of the companies that they’re associated with? Let us give you a quick round-up:

i) Target gambling addicts – In the last few years, with the introduction of the Gamstop UK national self-exclusion scheme – there has been a proliferation of affiliates who are actively working to rank for search terms similar to ‘casinos not on Gamstop’. The only people who would ever search for terms like this in Google are people who have signed-up to the Gamstop program are ever going to want to look for. People signed-up to Gamstop are gambling addicts.

These affiliates target this traffic then market unlicensed rogue operators to the resulting visitors sending these gambling addicts through to the operators that will show the least concern for their vulnerability.

The casinos owned by the Game Tech Group associated properties are – in our experience - universally the most prominently advertised casinos on these sites. If these casinos are not in fact the owners of the affiliate sites in question, they are paying premium prices to ensure that they can cash in on relapsing gambling addicts. Can see the top two ranking sites engaged in this utterly exploitative activity below, showing their top for ranked properties:

All of the properties shown in these screenshots are owned and operated by Prism Marketing.

The way it works is that the operator vaguely alludes to exclusions carrying over to other properties owned by the company, but give the player no way of knowing which properties these might include. Then when a self-excluded player ends up registering with another property owned by the same group, no checks occur to prevent the player from doing so and if they lose the operator retains the money. If they win, the operator uses the self-exclusion as justification for non-payment.

In this manner the operator actually victimizes gambling addicts, exploiting them for profit, by allowing them to play and only stopping them if they win. This offers no protections what-so-ever for the player and only inflates the losses that a gambling addict is likely to experience.

iii) Fake game – Historically some of the Game Tech Group were caught running fake versions of NetEnt games. These are mock-ups of the high profile NetEnt games, produced by some unlicensed outfit with no testing certificates.

This isn’t just a copyright infringement issue. These games have not been subjected to any of the regulatory standards that NetEnt has to meet. It would be far from an unreasonable proposition to suggest that the games likely do not adhere to the settings that the genuine article does and as such that players have been misled into playing games with a far higher cost than the one they thought they were playing. And likewise, these games may even be adjustable by the operator. Intended to ensure that no big win is ever paid out. Logically, if you’re going to buy in fake versions of real games, one of your motivations for doing so could well be to ensure a higher return for your casino than the genuine games would allow.

When this came to light, while the fake games were removed, to our knowledge no player was ever repaid.

iv) Illegal terms – The operators associated with this group all apply a maximum allowed bet term to non-bonus play.

Now imagine walking into an offline casino, buying in at the Blackjack table for €100, placing a wager of €50 and the dealer leaning over the table, taking your €50 bet, taking the other €50 you bought in for then telling you that they were keeping the lot because your bet was over the maximum bet term that you agreed to when you walked through the door. This would be an outrageous way for an offline gambling operator to behave. When the player is playing with their own money they do not expect to have limitations beyond those that are clearly defined at the game imposed on them. If their bet does not exceed the table or game limit then there’s no reason they should not be allowed to place it. And if they are not allowed to place it, the dealer is responsible for preventing the wager from occurring. And if they were allowed to place it, there’s no reason that this issue should impact other money they’d bought in for.

That is exactly the type of practice this group routinely engages in.

The Game Tech Group held a Malta Gaming Authority license for a period several years ago. This issue was reviewed by the MGA and working with the Maltese consumer affairs authority the MCCAA. The feedback that we received indicated that this practice was not compliant with EU consumer law. The case in question at the time was ruled against the operator. However, the Game Tech Group pulled out of Malta, giving up their MGA license, coinciding with this regulatory ruling, and opted not to adhere to it.

There are few bigger threats to players than this group of operators and the above, whilst highlighting some of the more significant issues, only skims the surface to the bad practices associated with this group of companies.

Since we last wrote about this group a little over a year ago, we’ve managed to identify 9 new properties listing themselves as owned by ‘Prism Marketing’ or ‘Topia Solutions NV’. These are as follows:

Alongside the new properties listed above, it appears that all the casinos that formally listed their ownership as Game Tech Group have rebranded to one of two different companies – Vega World Solutions NV or Izzy Gaming BV.