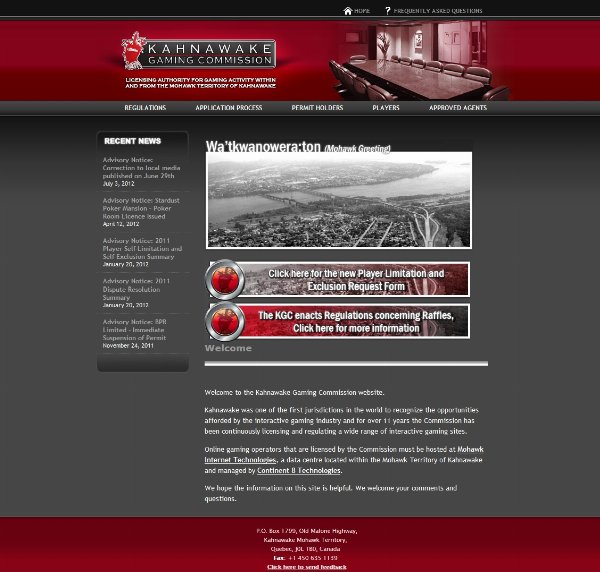 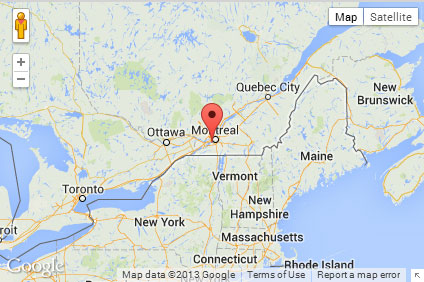 One of the very first jurisdictions to offer online gaming licenses the Gaming Commission were formed in 1996 and started licensing online casinos in 1999. Kahnawake is a small community of 8000 Mohawk North American Indians living in sovereign territory about on the south shore of the St. Lawrence River in Canada.

Historically the Kahnawake Gaming Commission were considered a very weak regulatory body, however in the last 5 years a tightening up of regulatory requirements alongside greater involvement in resolving player disputes has seen the Gaming Commission come to be con-sidered one of the better regulatory bodies. There are still several less that reputable casinos operating with a Kahnawake license, but the Gaming Commissions more active approach to dealing with player complaints is certainly promising. Still short of the top tier group made up of the Gibraltar Regulatory Authority, the Alderney Gambling Control Commission and the Isle of Man Gambling Supervision Commission but far better than the likes of Costa Rica.

It should be stated that one of our reviewing team has taken a complaint to the Kahnawake Gaming Commission, had their complaint against the casino in question upheld and successfully received the full payment from said casino.

If you need to submit a complaint to the Gaming Commission you should use this email address - [email protected].