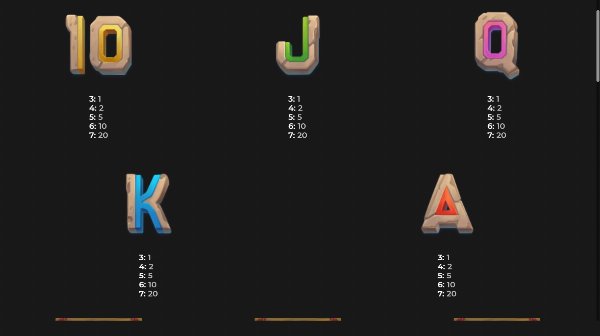 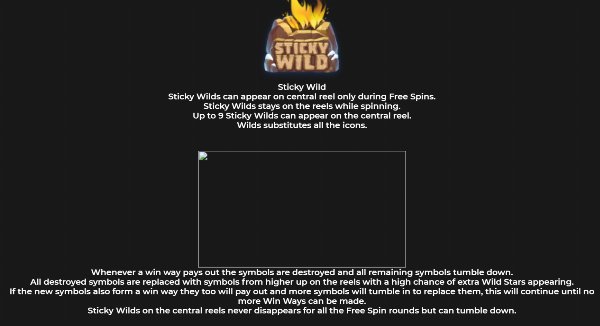 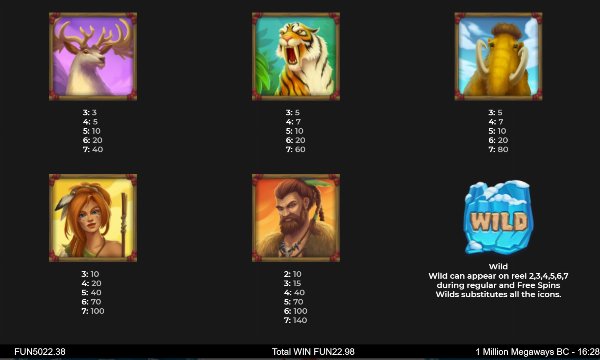 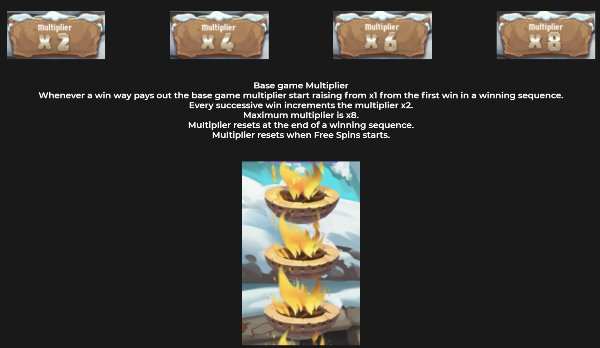 The 1 Million Megaways BC slot game can be found at casinos offering Iron Dog software. Iron Dog are one of the smaller software providers currently on the market, but the appear to be a subsidiary of the far larger and better established 1x2Gaming. They do not offer a full casino platform, but primarily seem to be used as a bolt on package for extra slots games. Iron Dog do publish the Return to Player (RTP)/House Edge information for their slots games within the game paytable. As such we know that the house edge for 1 Million Megaways BC s is 3.8%.

1 Million Megaways BC is a 6 reel slots game, with each reel varying in size. The number of Megaways available will depend entirely on the number of symbols that are used to make up each of the reels, something that changes every time you spin them. Each reel can contain up to 7 symbols, which means that the number of winways available will change randomly with each and every spin. If the maximum number of symbols are present on the reels then there are 117649 Megaways in total.

Tumbles – You form wins in 1 Million Megaways BC when you land matching symbols of 3 or more across adjacent reels. This means that there are no paylines and the most you can land in a combination is 6, as there are only 6 reels. Each time you land a winning combination, the symbols involved will disappear off the reels and will then be replaced by new symbols after the remaining ones have dropped down into the missing places, essentially providing you with a respin.

– This slot is has a historical theme with cave men and women, sabre toothed tigers and mammoths helping to create the depiction of the ice age.

Wild – The Wild symbol is the “Glacier”, which will substitute for all paying symbols, automatically doing so for the highest paying option. Wilds will only appear on reels 2-6.

Multiplier – After a win a 1x multiplier will be triggered that will increase by 2 for each consecutive tumble during that spin, up to a maximum of 8x the bet.

Free Spins – You trigger the Free Spins when you land 4 or more consecutive tumbles. You will receive 8 spins after 4 tumbles and an additional 2 for each tumble beyond the required 4, up to a maximum of 14. During the feature an additional reel will appear in the centre of the grid, with up to 9 symbol spaces on it. It will increase the Megaways to a possible 1,058,841. Additionally, whenever a regular reel lands the full 7 symbols, it locks at that number for the duration of the feature whilst also adding an extra Free Spin. Moreover, if the Mammoth reel maxes out at 9 symbols, then it also locks whilst awarding 5 more free spins.

Mammoth Reel - The Mammoth reel can also land Sticky Wilds which remain in place for the duration. Tumbles continue as normal, except the multiplier will not reset once when the tumbles on a single spin run out and will instead carry over to the next spin.

Pay to Play – This slot also comes with a Pay to Play option that allows you to play the Free Spins feature without waiting for it to trigger. There are different options available, with the highest number of Free Spins with the best multiplier costing you 270x the bet.

1 Million Megaways BC is yet another excellent slot from the team at Iron Dog. The slot looks OK, but is probably the one criticism I would level at the developers. You get Free Spins and they trigger when you land a certain number of tumbles. You get modifiers within the Free Spins and you get the multipliers. The house edge offers decent value for money, making this a slot we would recommend you play.