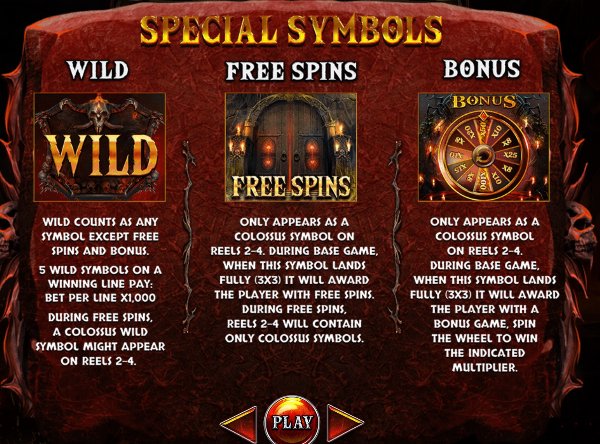 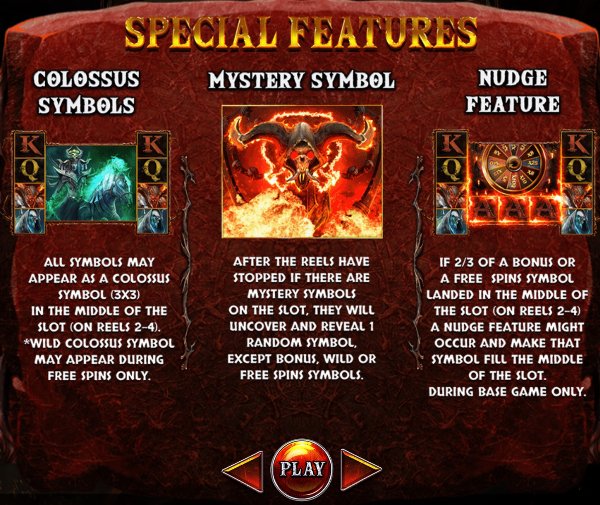 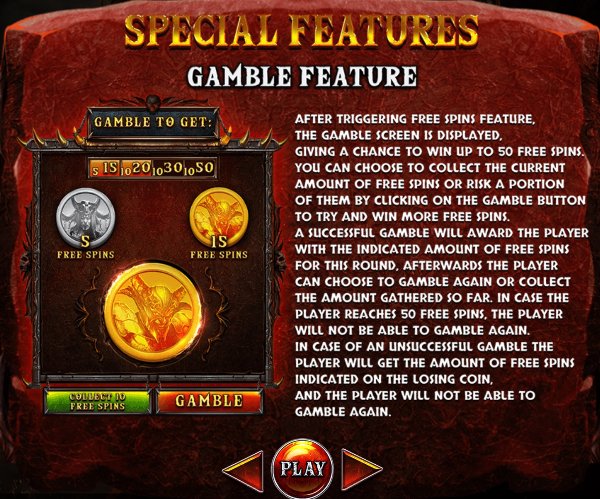 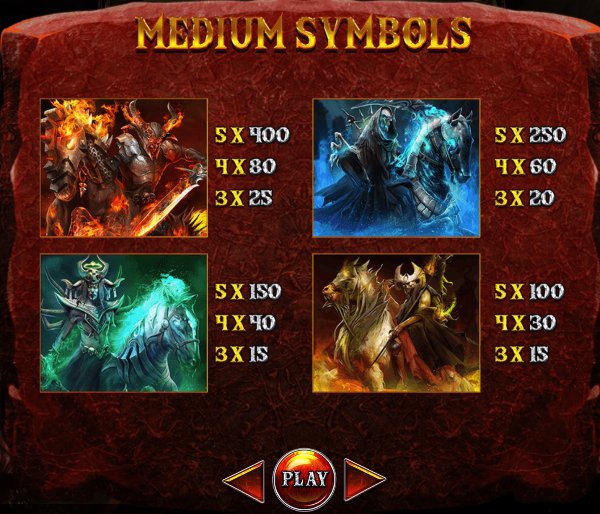 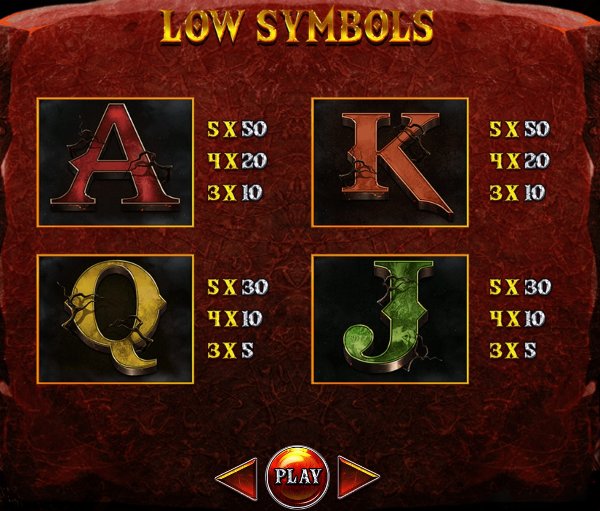 The 4 Horsemen II slot game can be found at casinos offering Spinomenal software. Spinomenal is one of the newer software developers in the online gaming market. Alongside many of the smaller casino software providers Spinomenal focus heavily on slots games. The House Edge/RTP of the Spinomenal slots games is listed within the paytable for the newer games in their catalogue. For the older games, as Spinomenal is partnered with UK licensed operators and the UKGC license requires the publication of this information, RTP figures can be found on numerous casino sites. As such, we know that the house edge for 4 Horsemen II is 3.7%.

Colossus Kingdom is a 5-reel game that is 3 symbols high on reels 2, 3 and 4, with reels 1 and 5 being 4 symbols high. This means that colossal 3x3 symbols can be formed in the middle 3 reels. The game uses traditional paylines with 20 in total, playing from left to right.

Wilds – The game’s Wild symbol will substitute for all symbols other than Free Spins and Bonus symbols. 5 Wild symbols on a winning payline will award a x1000 multiplier. Wilds can only appear on reels 2-4.

Free Spins– The Free Spins “Castle Gate” symbols will trigger the Free Spins feature if you can reveal a colossal 3x3 symbol on the middle reels. This is only available during the base game.

4 Horsemen II is an updated version of an old Spinomenal classic. Like that slot, this one has plenty of terrifying fire and brimstone to keep most slots players engaged. It is worth noting that this slot is a reskin of Colossus Kingdom, which may itself be a reskin of another slot. However, in this instance you get a much better house edge and as such the reskin does actually prove to be worth checking out. You get Free Spins, Wilds and a Bonus, along with mystery symbols and a few random features.