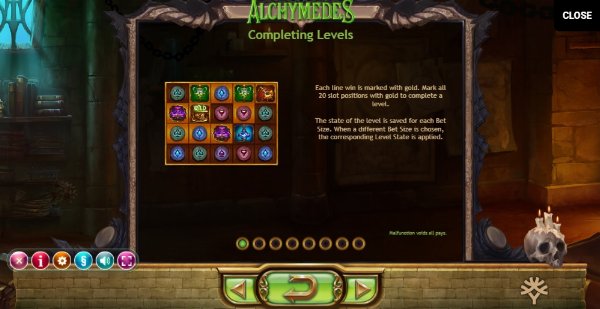 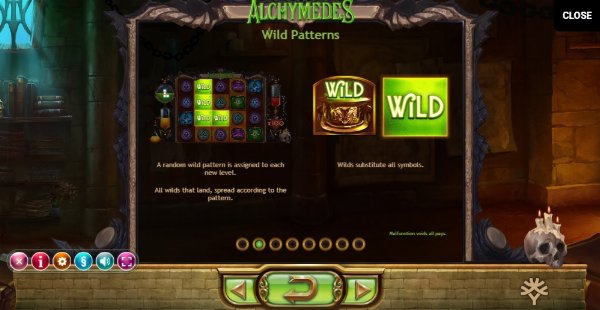 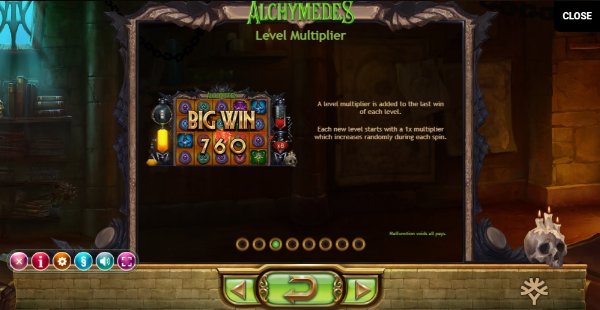 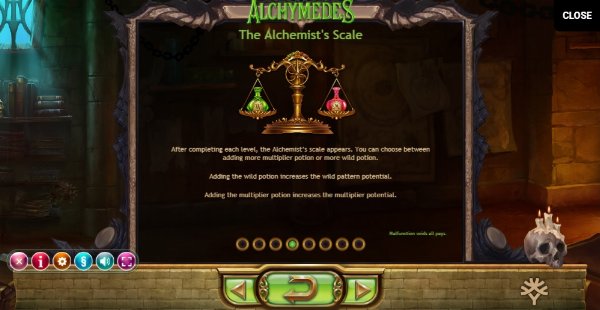 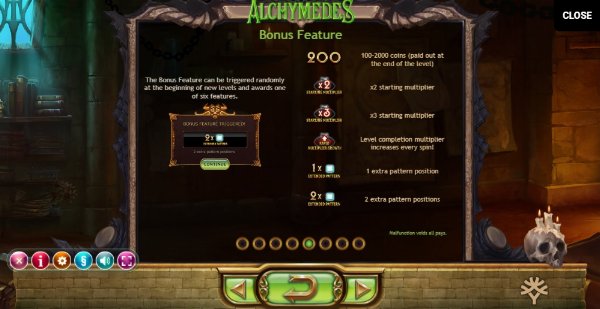 What if Archimedes had focused his attention on turning things into gold?

The Alchymedes game has 5 reels with 30 paylines and you can bet one coin per payline.

While playing Alchymedes there are multiple features that are active at all times. Features are controlled by levels. You advance through levels by receiving winning combinations that turn the positions of the winning symbols on the reels gold. When you have turned every symbol position on the reels gold you move up a level.

At the top left of the reels is a green ball showing a pattern of symbols. Whenever you receive a Wild symbol it will automatically expand to cover other symbols in that pattern. This pattern changes with each level you advance.

On the right side of the reels there is a red fluid showing a multiplier. The multiplier will be increased randomly at the end of some spins. The last winning spin of any level will have this multiplier applied to it, before the multiplier is reset to one.

At the end of a level you will be shown a set of scales and given a choice between adding additional Wild or Multiplier potion for the next level. The one you choose will occur more frequently for the duration of the next level.

- Your multiplier starts at 2.

- Your multiplier starts at 3.

- The multiplier is increased after every spin.

- An additional position is added to the Wild symbol pattern.

- An additional two positions are added to the Wild symbol pattern.

With Alchmedes Yggdrasil Gaming have come up with another fantastic game. Visually stunning with a House Edge that is within the acceptable range – though it should be acknowledged that it resides at the upper boundary of the range typically being used by new slots games being released today - and a range of bonus features that are well thought out, well integrated into the theme and engaging to play. This would be a game that we’d highly recommend checking out.