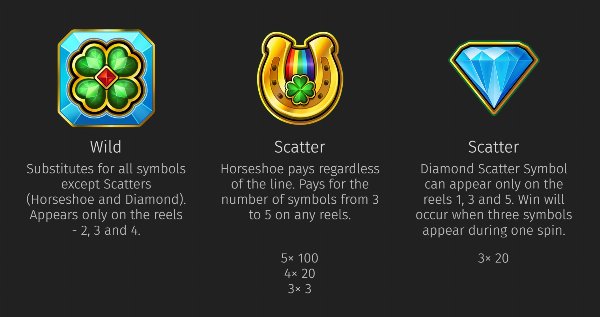 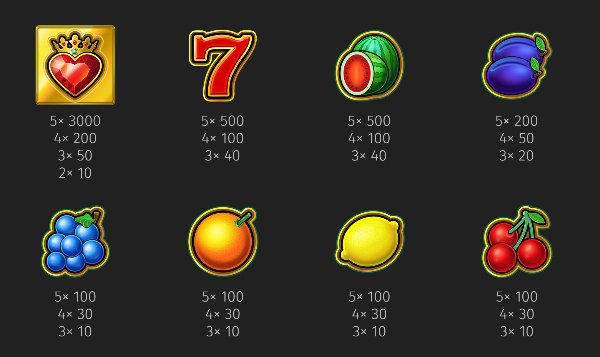 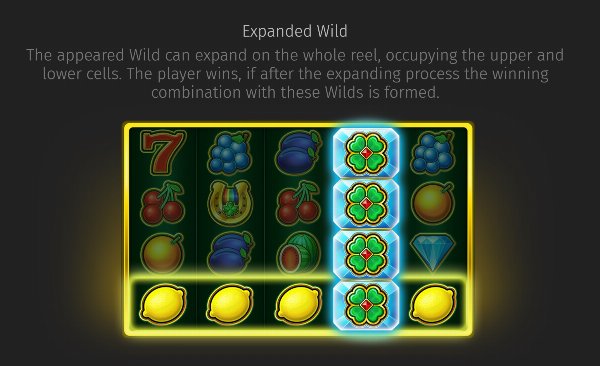 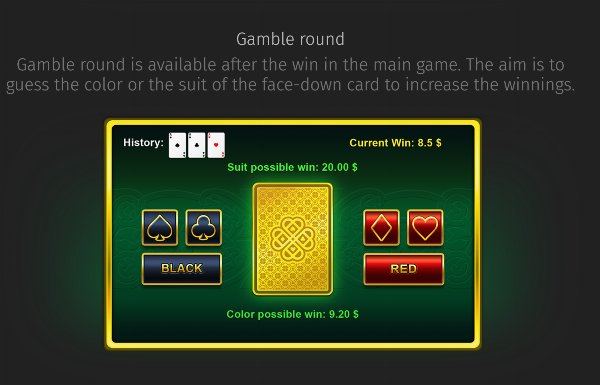 The All Lucky Clovers slot can be found at casinos using BGaming software. BGaming is one of the newer software developers in the online gaming market. Unlike many of the smaller casino software providers BGaming offer a relatively complete suite of casino games featuring most of the major table games (other than Craps which isn't particularly popular online) and even a Video Poker game. The company is operated by the same team responsible for the SoftSwiss casino platform and Direx N.V. license. BGaming do not always publish the slots house edge information of all their games, but have done is this instance and as such we know that the house edge for All Lucky Clovers is 3%.

All Lucky Clovers is 4 different versions of the same slot. You can play with 5, 20, 40 or 100 paylines. As such, the number of reels will also change, up to a maximum of 6x4 when playing with 100 paylines.

This is a basic fruit machine, so there isn’t really much of theme present. However, the clover is the key symbol and there is the sound of traditional Celtic music in the background, which makes this slot lean towards an Irish theme.

Valuable Symbol – The most valuable standard symbol in is the “Love Heart”.

Wild – The “Clover” is the Wild symbol, which will substitute for all symbols but will only appear during the Bonus feature. However, when it does land during the Bonus it will come fully stacked.

Scatter – The “Horseshoe” symbol is a Scatter. You need to land 3 or more of them anywhere on the reels and you will be awarded an instant cash prize.

Diamond Scatter – The “Diamond” is also a Scatter. It can only appear on 3 of the reels and the ones it can land on will depend on the version of the game you choose to play.

Stacked Wilds – On any spin a stacked Wild symbol can appear on any one of the reels.

Gamble – Whilst you might not necessarily class this as a bonus feature, it does play a significant role in the gaming experience. With every win you can choose to gamble. You do this by guessing what colour of playing card will be reveal. You can even try to guess what suit might be revealed, which will reward more but is obviously more difficult to guess correctly.

This slot is 4 different versions of the same game. You can choose your paylines, the size of the grid and (to a very small extent) the minimum and maximum wagering requirements. However, it feels a little grand to describe this as 4 different slots as there are plenty out there that would combine all those changes in the same game. At the end of the day you are still playing a slot that has Wilds, 2 Scatter symbols, expanding Wilds and a gamble function. There are no Free Spins, no Bonus and no real excitement outside of those rudimentary changes. One massive plus is the exceptionally low house edge: Low Enough for me to be having second thoughts about my otherwise negative review.