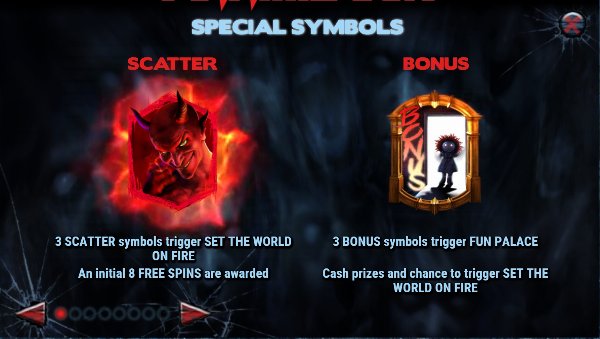 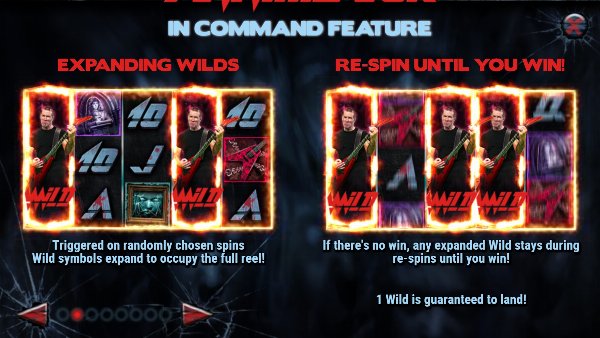 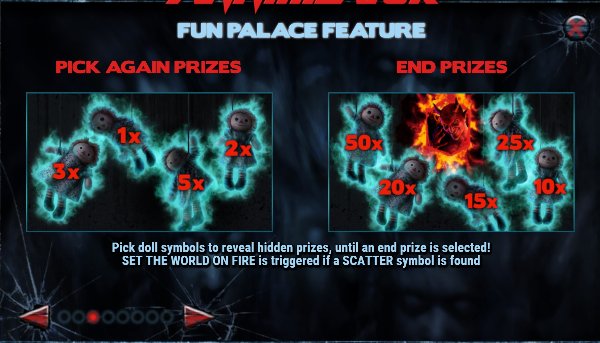 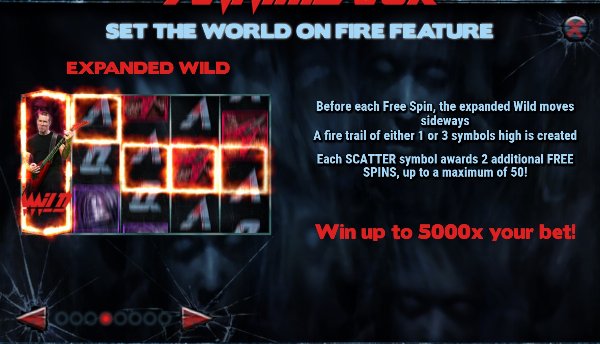 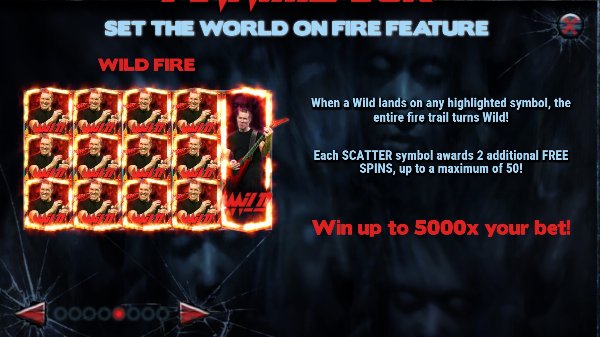 The Annihilator slot game can be found at casinos offering Play ‘n Go software. Play ‘n Go are a growing providers in the industry and have a rapidly expanding portfolio of both slots games and clients. They do offer a full casino platform, but primarily seem to be used as a bolt on package for extra slots games. Play ‘n Go do publish the Return to Player (RTP)/House Edge information for their slots games within the game help files. As such we know that the house edge for Annihilator is 5.8%.

The Annihilator slot has 5 reels and each reel is 3 symbols high. There are 10 paylines in total, playing from left to right.

Annihilator are a famous thrash metal band, arguably the most famous thrash metal band to come out of Canada. This sees Play ‘N’ Go continue their form for creating slots based around a hard rock music. The symbols used look like those out of a horror movie, with creepy dolls and haunted sitting alongside the band’s guitar player.

Wild – The “Guitarist” symbol is wild, substituting for all symbols other than Bonus and Scatters.

Scatter – The Scatter symbol is the “Demon”. You need 3 or more of the to trigger the Free Spins feature.

Bonus – The Bonus symbol is the “Doll”. You need to land 3 of them anywhere on the reels to trigger the Bonus feature.

Fun Palace Bonus Feature – If you land the 3 “Doll” symbols you will trigger this feature. This is a click and pick feature, where you need to turn over a series of Dolls. They will reveal multipliers that are applied to the bet or they can reveal a Scatter symbol that will trigger the Free Spins.

Annihilator is another excellent looking slot that Play ‘n’ Go has released as part of their series of slots dedicated to hard rock bands. In this instance you get music from the band of the same name that plays in eh background as you spin the reels. You get Wilds, a Bonus, Free Spins and a random feature. Your Free Spins come with a modifier too. However, the house edge is particular high with this slot, meaning it is not offering good value for money and as such we cold only consider recommending this slot to someone who considers themselves to be a big fan of the band.