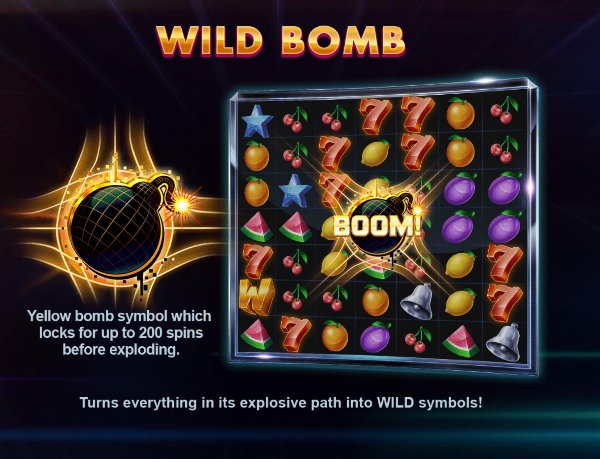 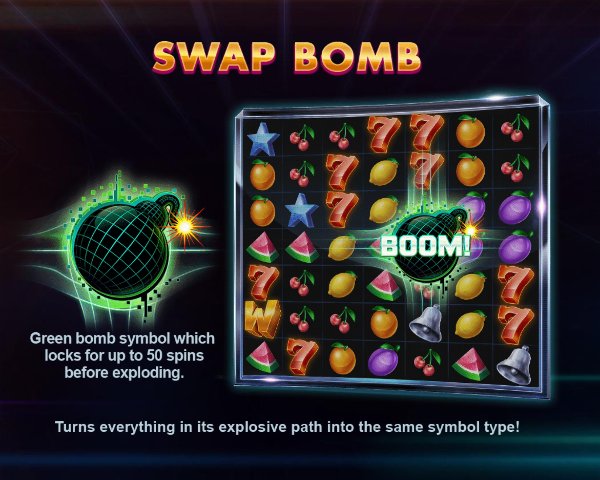 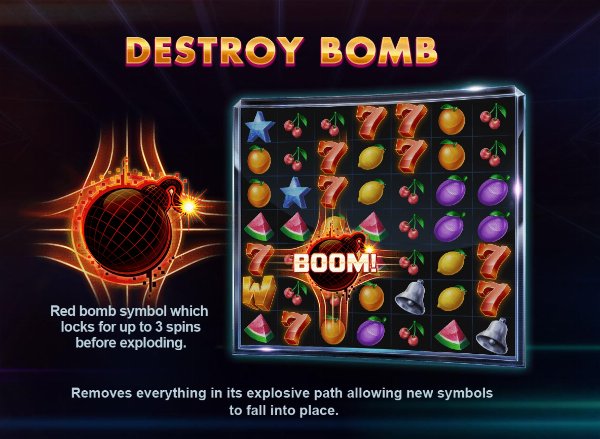 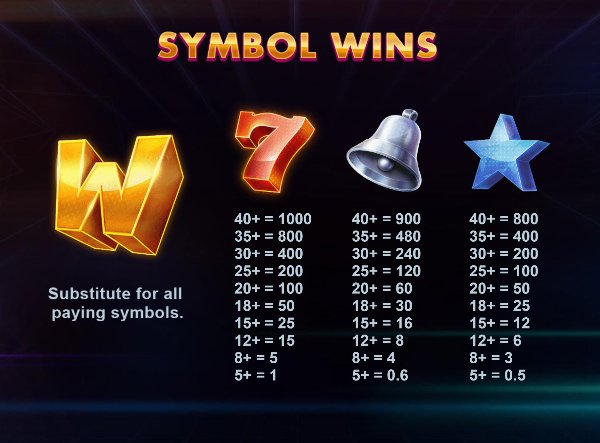 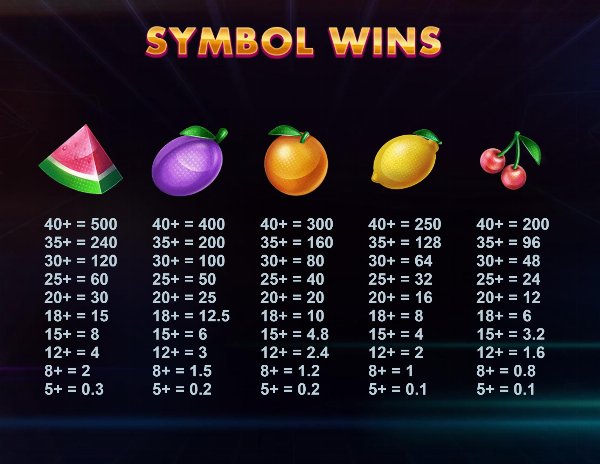 The Bombuster slot can be found at casinos offering Red Tiger software. Red Tiger is a relatively new software developer in the online gaming market, having only been in operation since 2014. Red Tiger focus primarily on slots games but do offer a few table games, albeit a very limited range of them. In compliance with UK gaming legislation, Red Tiger publish the RTP/House Edge information for their slot games within their pay tables. As such, we can say that the House Edge for Bomb Buster is 4.26%.

Bombuster is a 7 reel slot and each reel is 7 symbols high. Instead of paylines you form clusters when you match 5 or more identical symbols, vertically or horizontally, with all symbols moving horizontally needing to be matched adjacently.

Theme – This is a traditional fruit machine, with the added flair of the bomb features. As this suggests the vast majority of the symbols are fruits.

Wilds – The “W” symbols are Wild, which will substitute for all paying symbols.

Avalanches – Every time you form a winning combination, the symbols involved will disappear off the reels and new symbols will fall down in their place, giving you another chance to win. This process continues until you fail to land a wining combination.

Bombs – Bombs can land on normal spins and during respins. When a bomb lands it will lock for a certain number of spins, depending on its colour.

Wild Bomb – When the yellow bomb explodes it leaves Wild symbols on all marked spaces in its path. Wild symbols will always be revealed even if overlapped by other explosions. The Wild bomb can lock for up to 200 spins before it explodes.

Swap Bomb – When the green bomb explodes it leaves one paying symbol type on all marked spaces in its path. Multiple Swap Bomb explosions at the same time reveal identical symbols. The Swap bomb can lock for up to 50 spins before it explodes.

Destroy Bomb – When the red bomb explodes it removes symbols on all marked spaces in its path. This bomb cannot remove symbols created by either Swap or Wild bombs. The Destroy bomb can lock for up to 3 spins.

In terms of the design there isn’t all that much to get excited about here. Bombuster uses basic fruit symbols, with the only real flourishes coming from the bombs themselves. As for features, you get the 3 different types of bombs and you get wild symbols. That means no bonus or free spins feature, which is a little disappointing. However, the bomb features are a little different and do add a little excitement to the game. The house edge is higher than we would ideally like to see as well.