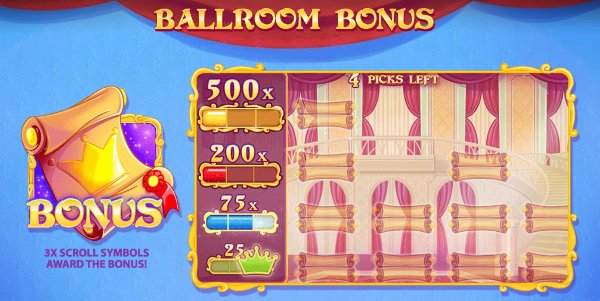 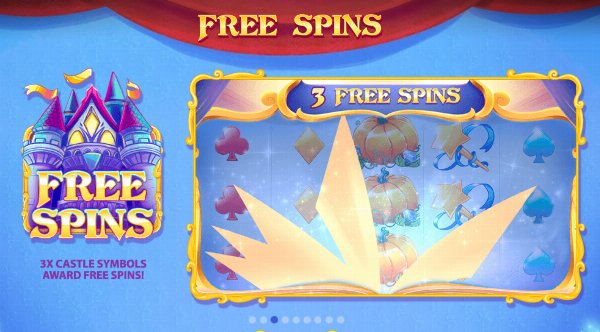 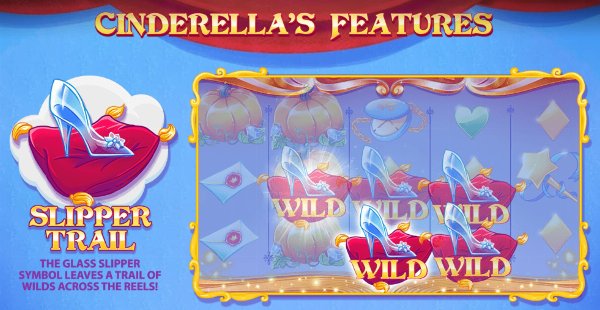 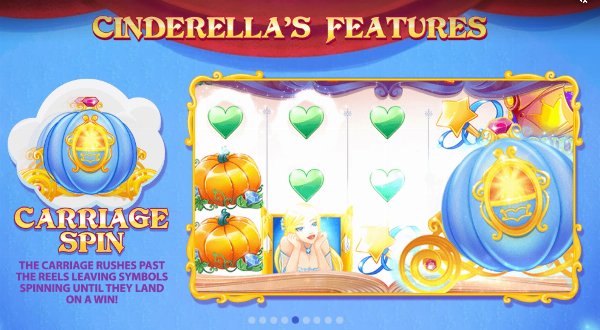 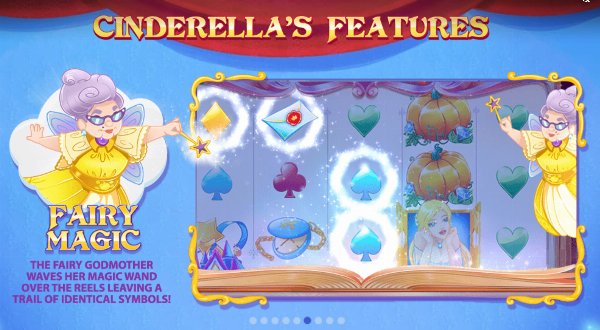 The Cinderella’s Ball slot game can be found at casinos offering Red Tiger software. Red Tiger is a relatively new software developer in the online gaming market, having only been in operation since 2014. Red Tiger focus primarily on slots games but do offer a few table games, albeit a very limited range of them. In compliance with UK gaming legislation, Red Tiger publish the RTP/House Edge information for their slots games within their pay tables. As such, we can say that the House Edge for Cinderella’s Ball is 3.72%.

Cinderella’s Ball is a 5 reel slot that is 3 symbols high. The game uses traditional paylines, with 20 in total, playing from left to right.

High Paying Symbol – The highest paying symbol that is not Wild is the “Pumpkin”.

Wild – The Wild symbol is the “Glass Slipper” and is the most valuable symbol in the game. Wilds will substitute for all paying symbols.

Bonus Symbols – The Bonus symbol is the “Scroll”. Three or more of them anywhere on the reels in a single spin will trigger the Bonus feature.

Free Spins – The Free Spins symbol is the “Carriage”. Three or more of them anywhere on the reels in a single spin will trigger the Free Spins feature.

Free Spins – If you land three “Carriage” symbols on the reels then you will trigger the Free Spins feature. The Free Spins can also be triggered at random.

Bonus – If you trigger the Ballroom Bonus feature then you will be taken to a new screen where you have tiles to flip and reveal hidden cash prizes. The feature can also be triggered at random.

Random Features – The slot comes with quite a few random features, all of which are described below:

Slipper Trail – If this random feature is triggered additional Wild symbols will be added to the reels.

Carriage Spin – If this random feature is triggered it will guarantee a winning combination by spinning the reels until one lands.

Fairy Magic – If this feature is triggered then a number of identical symbols will be added to the reels, increasing your chances of a win.

Clock Strike – If you trigger this feature the reels will be spun backwards until a winning combination is found.

Evil Stepmother – If this random feature is in play it will prevent any of the previously mentioned random features from triggering.

Cinderella’s Ball is a slot that does a very good job of ensuring that the main details within the story find their way into the game play. You get everything here, from Free Spins and Wilds to a Bonus feature. But the best features here are the random ones and with 4 in total this is a slot that can surprise you on every single spin. The slot looks incredible, something we have grown accustomed to from Red Tiger and the house edge is favourable. This is a game that is worth a look if the theme is one you are interested in.