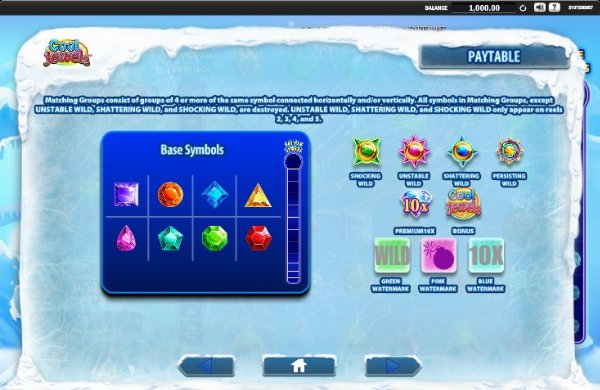 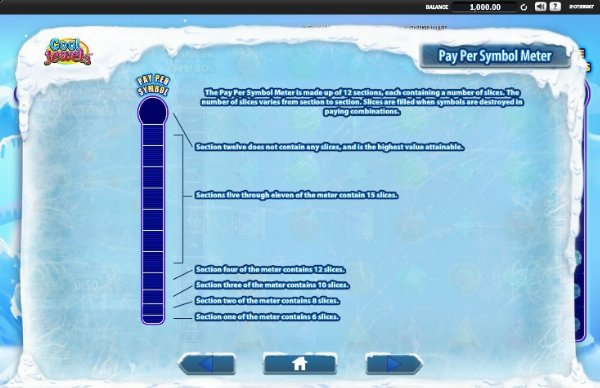 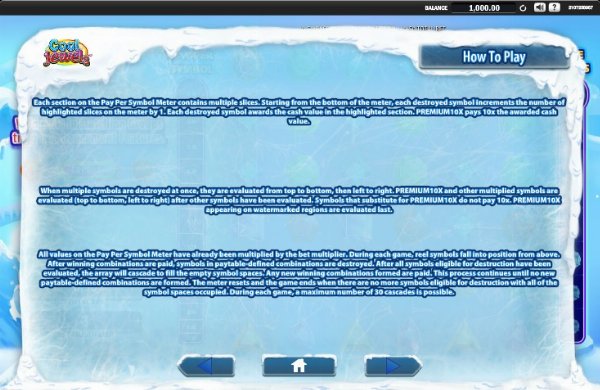 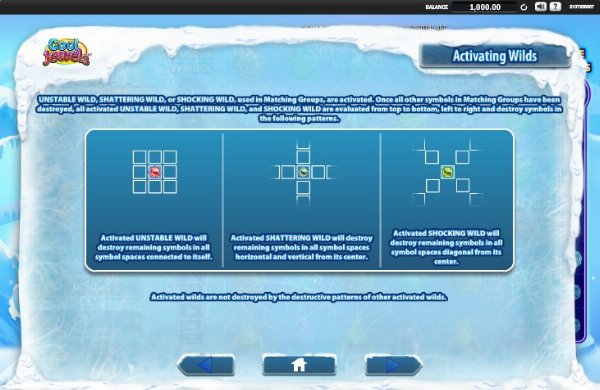 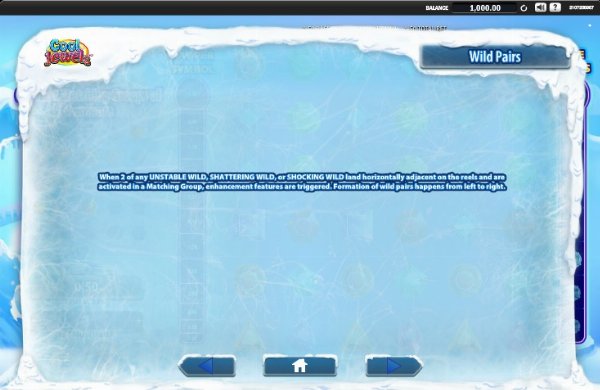 The Cool Jewels slots game can be found at online casinos offering WMS Gaming software who are a wholly owned subsidiary of Scientific Gaming. WMS Gaming do not publish their RTP or House Edge figures as standard. However UKGC licensed operators who now publish all game figures as standard. As such we can say that the House Edge of Cool Jewels is 3.90%. As this figure has not been confirmed by the software provider we cannot confirm whether this game is configurable or not. As such this figure should be treated as a guideline only when playing at any operator that does not publish their RTP figures.

There’s a reason diamonds are referred to as ‘ice’.

Cool Jewels is a 6 free game that does not use conventional paylines. Instead any 4 or more matching symbols in a group that are horizontally or vertically adjacent to each other are considered a winning combination. When you receive a win, the contributing symbols explode, allowing the symbols above to drop down and new symbols to fall in to fill the gaps at the top of the reels. This process repeats until no new winning combinations are formed or 30 winning rounds have been achieved.

There are 3 different Wild symbols:

- Unstable Wilds will destroy all symbols directly surrounding it.

- Shattering Wilds destroy two symbols both horizontally and vertically from the symbol.

- Shocking Wilds destroy two symbols on both diagonals from the symbol.

If an Unstable Wild and Shattering Wild land adjacent to each other, during the next round after symbols are replaced all symbols left in the space that the Unstable Wild destroyed are destroyed again.

If an Unstable Wild and Shocking Wild land adjacent to each other, during the next round after symbols are replaced all symbols left in the space that the Shocking Wild destroyed are considered Wild symbols.

If a Shocking Wild and Shattering Wild land adjacent to each other, during the next round after symbols are replaced all symbols left in the space that the Shattering Wild destroyed are paid at 10x the current win value if they are destroyed.

If two matching Wild symbols land adjacent to each other they turn into persisting Wild symbols, functioning as Unstable Wilds. They move down one space each round until the reach the bottom of the reels.

With a different game type to the standard slots game, a great set of bonus feature and an attractive House Edge, Cool Jewels is well worth a look.