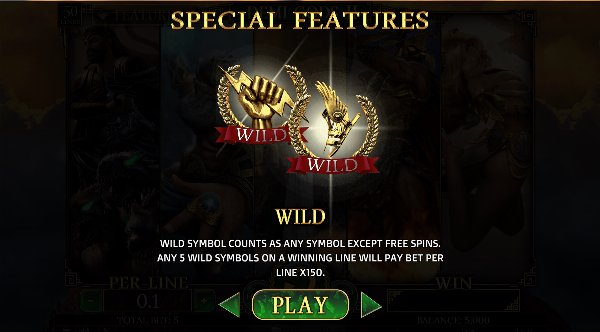 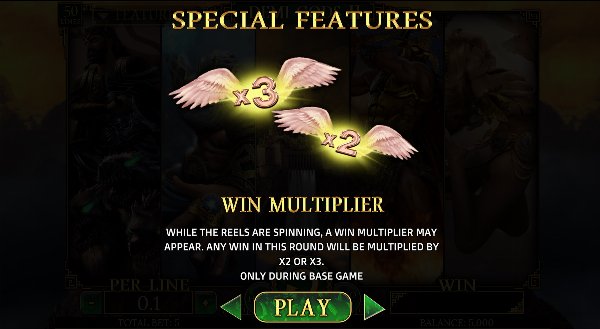 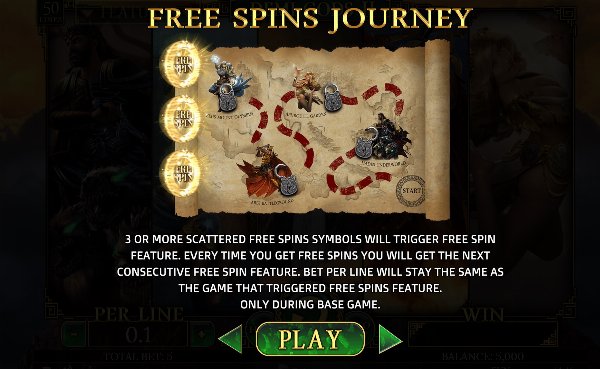 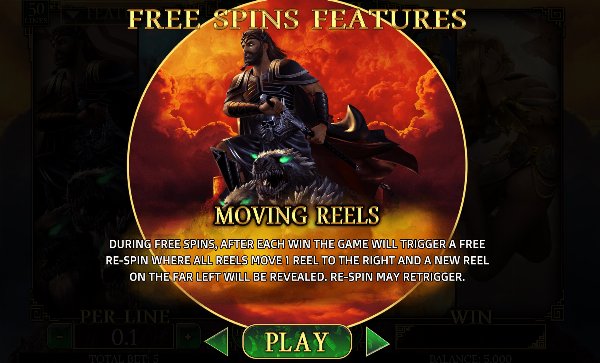 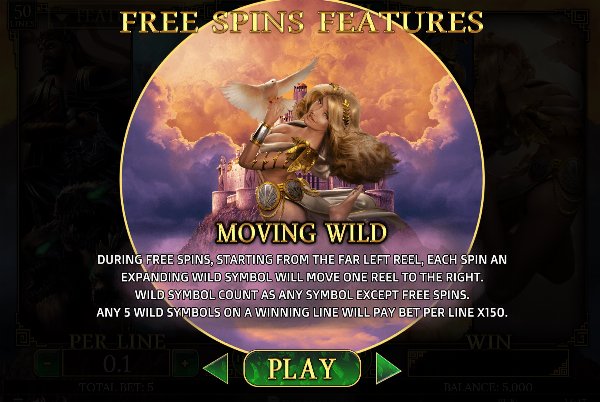 The Demi Gods II slots game can be found at casinos offering Spinomenal software. Spinomenal is one of the newer software developers in the online gaming market. Alongside many of the smaller casino software providers Spinomenal focus heavily on slots games. The House Edge/RTP of the Spinomenal slots games is listed within the paytable for the newer games in their catalogue. For the older games, as Spinomenal is partnered with UK licensed operators and the UKGC license requires the publication of this information, RTP figures can be found on numerous casino sites. As such we know that the house edge for Demi Gods II is 5%.

Demi Gods II is a 5 reel game that is 3 symbols high. The game uses 50 standard paylines, playing from left to right.

Win Multiplier During the main game a set of wings may appear at a random point and will either multiply the bet by 2 or by 3.

Free Spins – There are 4 stages on the Free Spins Feature that see you travel from Hades to Mount Olympus , via Ares’ Battleground and Aphrodite’s Garden. The levels are describe below in the order that you encounter them:

In Demi Gods II you get to harness the power of the Geek Gods to your will on the spin of each reel. Hermes, Ares, Aphrodite, Hades and Zeus all play a part in what is a visually stunning slots game. All developers have their Greek Gods game and Spinomenal have taken that challenge and risen to it. There is one key bonus round, the Free Spins and there is some variety with what features are present in it, making the game play relatively immersive. However, other than that there’s not a huge amount going on with the game’s features. The random multiplier is welcome as are the obligatory wilds but something else would have added that little extra nuance to what is a decent slots game. The bad new has to be the house edge. At 5%, Demi Gods II offers poor value for money, making all the good things we’ve said about it seem almost inconsequential.