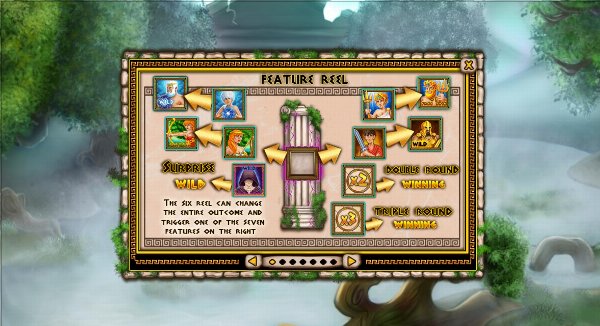 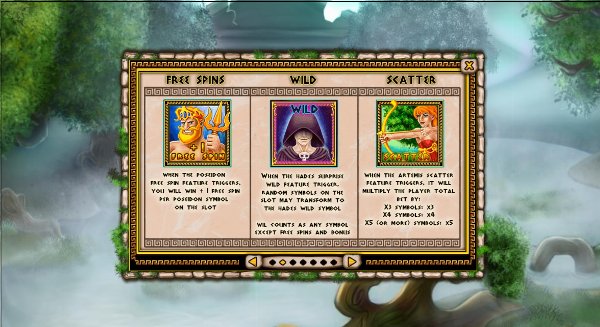 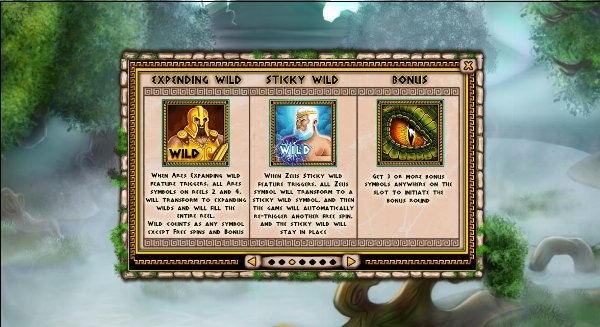 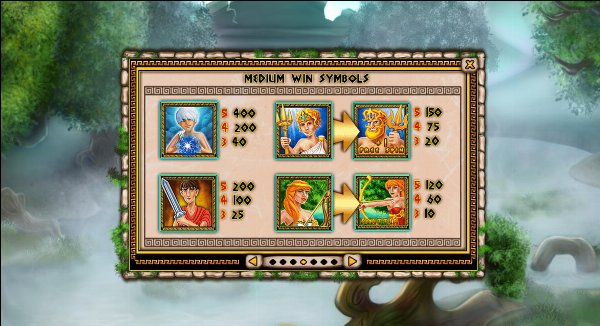 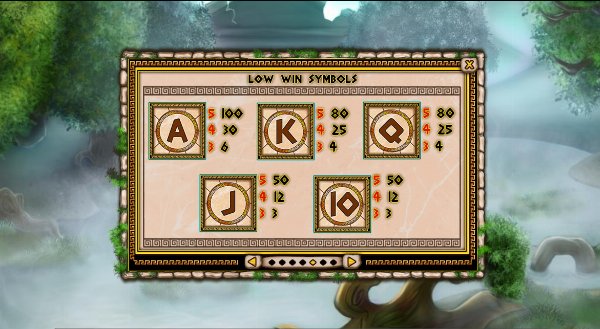 The Demi Gods slots game can be found at casinos offering Spinomenal software. Spinomenal is one of the newer software developers in the online gaming market. Alongside many of the smaller casino software providers Spinomenal focus heavily on slots games. The House Edge/RTP of the Spinomenal slots games is listed within the paytable for the newer games in their catalogue. For the older games, as Spinomenal is partnered with UK licensed operators and the UKGC license requires the publication of this information, RTP figures can be found on numerous casino sites. As such we know that the house edge for Demi Gods is 7.18%.

Demi Gods is a 5 reel game that is 3 symbols high. The game uses 25 standard paylines, playing from left to right.

Wild – The “Hades” symbol is the Wild symbol, substituting for all symbols other than Free Spins and Scatters.

Bonus – The Bonus symbol is the “Dragon’s Eye”. If you can land 3 or more “Dragon’s Eye” symbols anywhere on the reels you will trigger the game’s Bonus round.

Win Multiplier During the main game a multiplication symbol may appear at a random point and will either multiply the bet by 2 or by 3.

Expanding Wild – Any “Ares” symbols that are revealed will expand to fill the reels and will act as Wild symbols.

Surprise Wild – At the far right of the screen there is a pillar with a blank symbol on it. On each spin the symbol can contribute to paylines or it can turn normal symbols into some of the Wild symbols described above.

Bonus – If you can reveal 3 of the “Dragon’s Eye” symbols you will trigger the game’s Bonus feature. At this point a 3 headed Hydra will appear that you must slay. You will chop of a head and it will either reveal a cash prize or it will end the game. You will continue to earn cash prizes until you reveal a “Game Over”.

Demi Gods takes you back to ancient Greece where you will battle Hydras and use the powers of Gods to try and win big. The game looks OK. You can tell there is real ambition behind the design but that perhaps the software just couldn’t live up to that ambition. The result of this is a game that you know could look better but one that is very entertaining, filled with lots of different features. You get to chop the head off a Hydra to win cash prizes, again a fun feature, but one you know the designers wanted to look even better than it does. The extra reel at the side is good fun and there are so many different wilds to look out for that there always appears to be something going on during every one of your spins. There is one major setback with this game and it is an important one. To have a house edge as high as this has undone all the design work and the fun features that keep the game entertaining. This should be a game we recommend but with a house edge over 7% and lots of other Greek God games out there, we’d recommend you shop elsewhere.