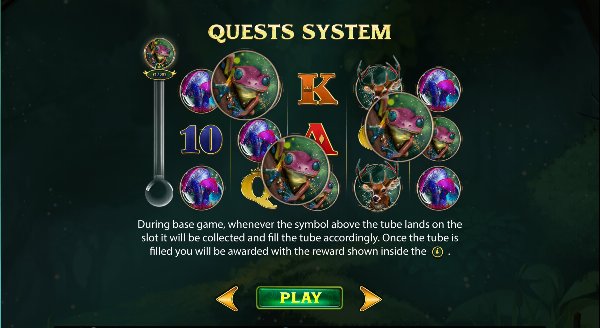 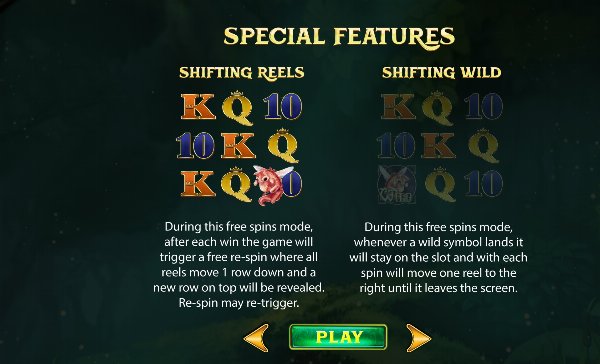 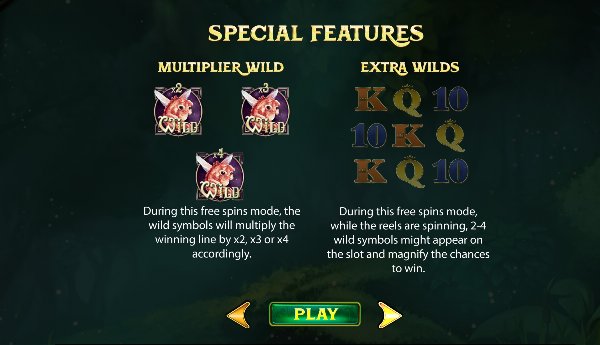 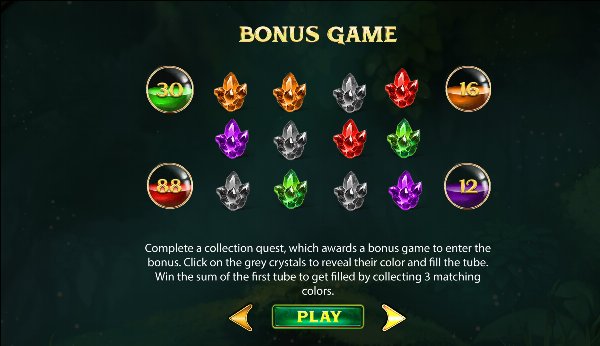 The Divine Forest slots game can be found at casinos offering Spinomenal software. Spinomenal is one of the newer software developers in the online gaming market. Alongside many of the smaller casino software providers Spinomenal focus heavily on slots games. The House Edge/RTP of the Spinomenal slots games is listed within the paytable for the newer games in their catalogue. For the older games, as Spinomenal is partnered with UK licensed operators and the UKGC license requires the publication of this information, RTP figures can be found on numerous casino sites. As such, we know that the house edge for Divine Forest is 5.5%.

Divine Forest is a 5 reel game that is 3 symbols high. The game uses 50 standard paylines, playing from left to right.

Wilds – The “Pink Sprite” is the game’s Wild symbol and will substitute for all symbols. 5 Wilds in a winning payline will award the player with a 90x multiplier.

Win Multiplier - During the main game a “Pink Sprite Multiplier” may appear at a random point and multiply the bet by 2.

Bonus – To trigger the game’s bonus feature you need to fill the meter on the left-hand side of the reels. Above the meter there will be a symbol and a number. You need to collect that number of that symbol to trigger the bonus game. When you have done so you will be take to a click and reveal, tile-flipping game. There are a number of blank crystals, when you click on them they change colour. Once you have 3 crystals of the same colour the bonus will end and the number on each crystal of that colour will be added together to make the number of coins you win.

Free Spins – To trigger the game’s Free Spin feature you need to firstly trigger the bonus feature. Once you have done this the meter will re-set and a new symbol will replace the previous one, with a new target of 120. You trigger the Free Spins when you and 120 of the symbol above the meter. During the Free Spins, the following features will be available:

”Shifting Reels” – After each win, you will re-trigger a Free Spin, where all the reels move down one row and new row on top will be revealed. This can be re-triggered.

“Shifting Wild” – During the Free Spins, whenever a Wild symbol appears on the reels it will move one space to the right with each spin until it leaves the reels.

“Multiplier Wilds” – During the Free Spins any wild symbols will multiply the win by x2, x3 or x4, depending on which multiplier is revealed.

“Extra Wilds” – During the Free Spins, whilst the reels are still spinning, 2-4 wilds symbols might appear on the reels, increasing the chance to win.

In Divine Forest you enter into a world of sprites, unicorns and fairy dust. The forest is full of all sorts of colourful life, with bright yellow and purple toadstools set against the rich green of trees and plants. Having a fairy game is a must and in terms of how the game looks Spinomenal have done a good job with the theme. The meter on the left-hand side never feels like it is too far away from filling and as such you never feel too far away from the game’s bonus features. The Free Spins , having features built in is a great addition to the bonus round, but there could have been more done with the theme in these parts to help bring the game to life and make the experience more immersive. The bad new has to be the house edge. At 5.5%, Divine Forest does not offer good value for money.