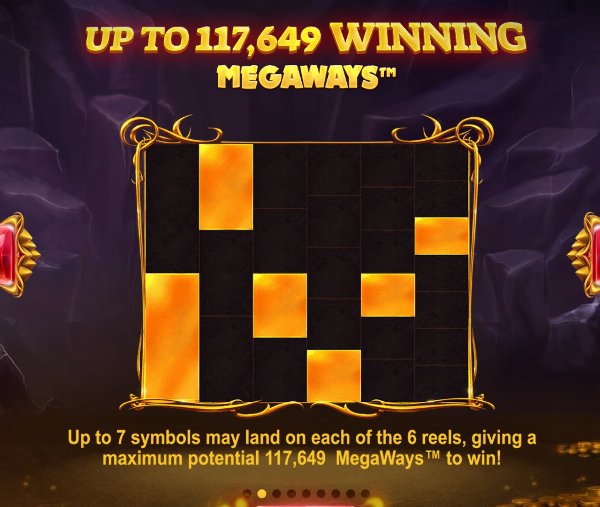 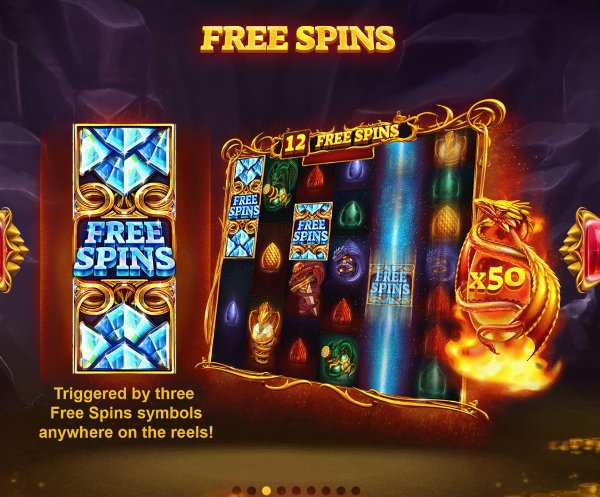 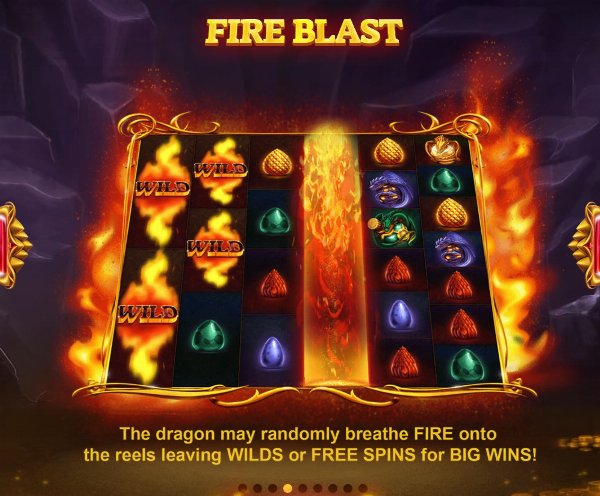 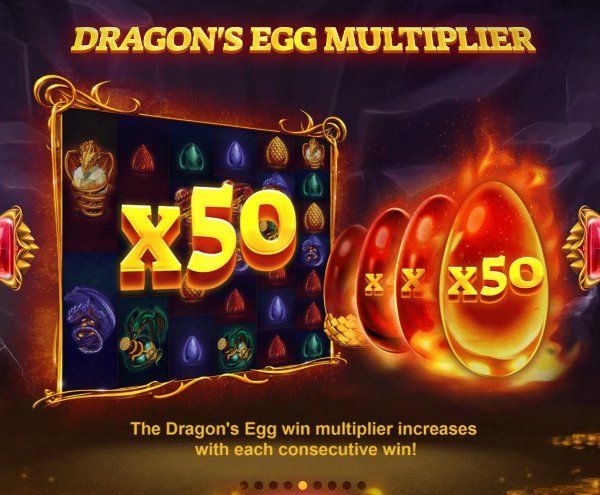 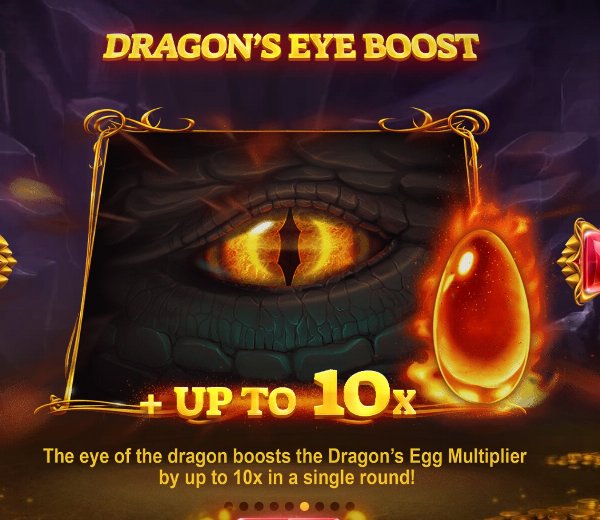 The Dragon’s Fire MegaWays game can be found at casinos offering Red Tiger software. Red Tiger is a relatively new software developer in the online gaming market, having only been in operation since 2014. Red Tiger focus primarily on slots games but do offer a few table games, albeit a very limited range of them. In compliance with UK gaming legislation, Red Tiger publish the RTP/House Edge information for their slots games within their pay tables. As such, we can say that the House Edge for Dragon’s Fire MegaWays is 4.28%.

Dragon’s Fire MegaWays is a 6 reel game with reels that can vary in height, from 2 to 7 symbols high. Win are formed when you reveal identical symbols across adjacent reels, starting from the left side of the reels, in combinations or 2 or more depending on what symbols are involved.

Wilds – The Wild symbol is the “Flame”, which will substitute for all paying symbols.

Free Spins – The Free Spins symbol will trigger the feature if you can land 3 or more of them on a single spin, anywhere on the reels.

Dragon’s Kindness – This is a random feature. It might trigger when you land 2 Free Spins symbols on the reels. If it does you will have a third added and the Free Spins feature will be triggered.

Fire Blast – Fire Blast is a randomly triggered feature that will leave additional Wild or Free Spins symbols when it occurs.

Free Spins – You trigger the feature by landing 3 of the Free Spins symbols anywhere on the reels on a single spin. How many Free Spins you win will be determined by the coloured egg that you choose before the feature begins. During the Free Spins, the bet multiplier will not re-set after a non-winning spin. Symbols that form wins during the feature will burn up and be replaced by new symbols, giving you another chance to win.

Dragon’s Fire Megaways sees Red Tiger do something that we have seen before from them. Namely, to take an already successful slot and re-spin it for us with the inclusion of Megaways. What this means is you essentially have the same game as the original, it is just that this time it is played out over more reels, with varying sizes of symbols. You get all the same features as before, with some minor changes here and there. The biggest change is in the house edge, which has increased relatively substantially. My advice would be to stick to the original, but if the thought of the Megaways is something you want to explore, who am I to stand in your way?