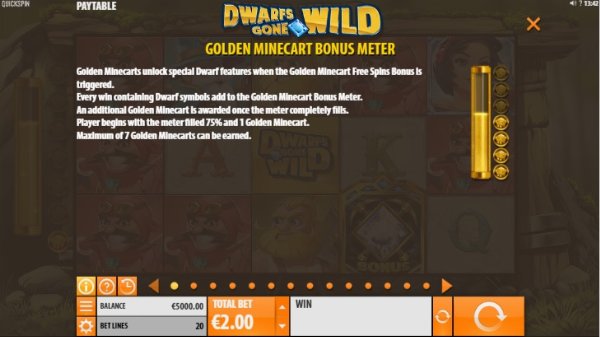 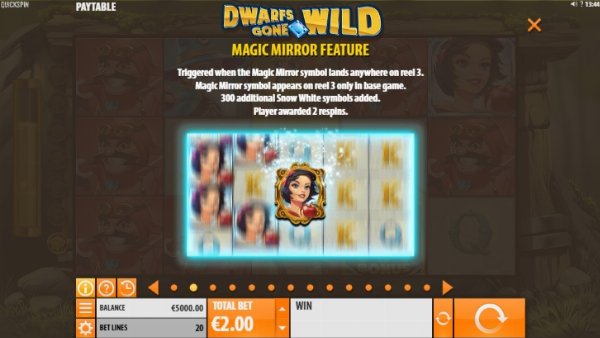 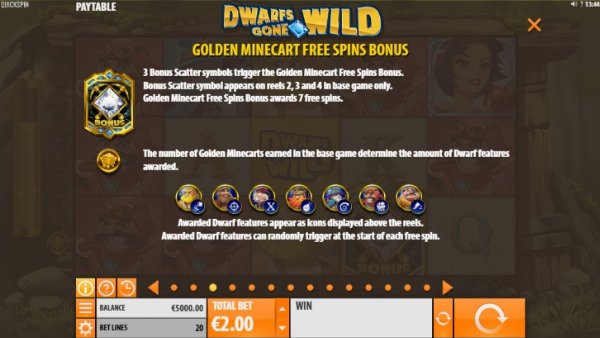 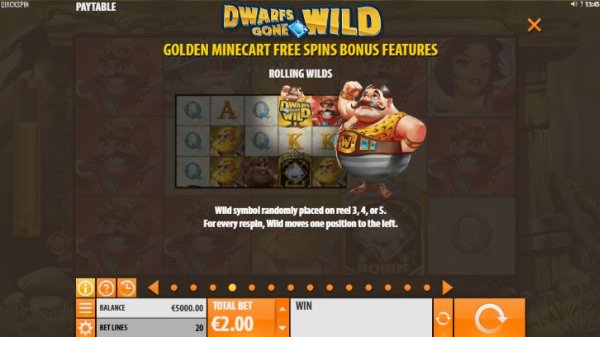 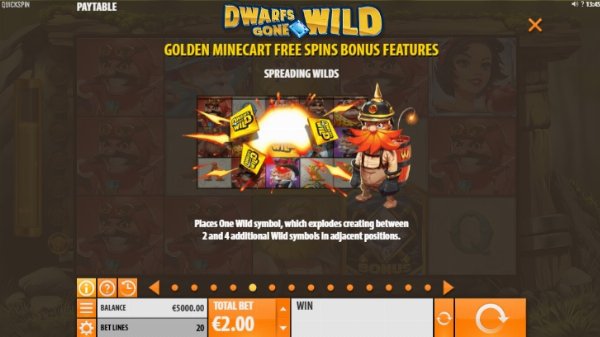 The Dwarfs Gone Wild game can be found at casinos offering Quickspin software. Quickspin are one of the newer slots game developers on the market but their products are polished and professional in feel and operation. As a standard Quickspin do publish the RTP/House Edge information for their slots games within their game help file. With several of the major providers in the industry still failing to take this step this is a significantly progressive move. The House Edge of Dwarfs Gone Wild is 3.62%.

These dwarfs are looking to get a head start in the gold rush!

Dwarfs Gone Wild is a 5 reel game with 20 paylines and you can bet one coin per payline.

There are two bonus features when playing Dwarfs gone Wild. The first bonus feature is activated when you receive the ‘Magic Mirror’ symbol anywhere on reel 3. When this happens and additional 300 Snow White symbols will be added to the reels and you will be awarded two respins.

The second bonus feature is triggered when you receive the ‘Bonus’ symbol anywhere on reels 2, 3 and 4. When this happens you are awarded 7 free spin. The number of mine carts you have banked in the meter to the left of the reels determines the number of the following features that will be engaged during the free spins:

- Rolling Wilds – Wild symbols added to reels 3, 4 and 5. Each spin these symbols move one position to the left until the leave the reels.

- Throwback Wilds – Between 2 and 5 Wild symbols added to random positions on the reels.

- Free Wild – One Wild symbol added to the reels in the best possible position for you.

The Dwarfs Gone Wild game is visually a beautiful game. It has a good selection of fairly interesting and engaging bonus features. The House Edge of Dwarfs Gone Wild is into the attractive range when compared with the rest of the market. Overall a very solid game that’s worth a spin or two.