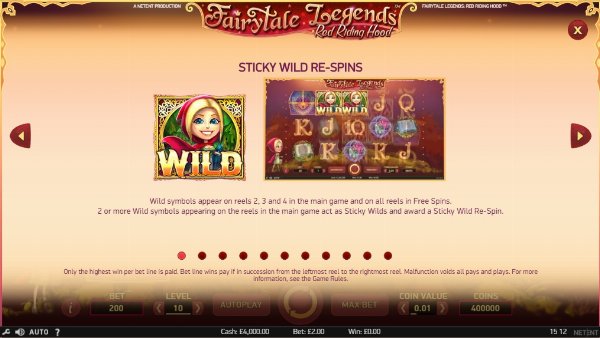 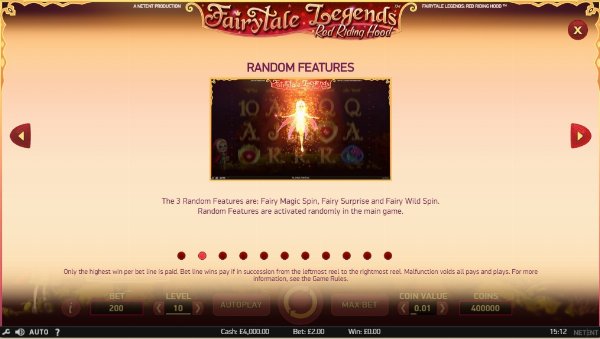 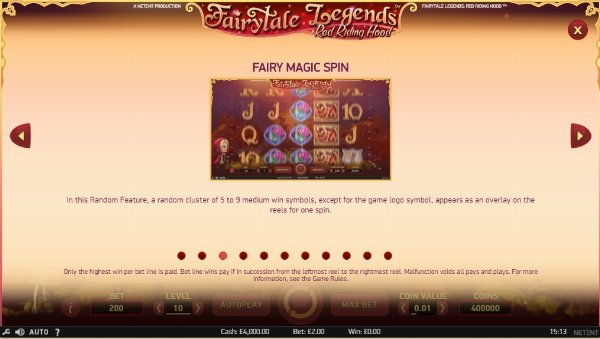 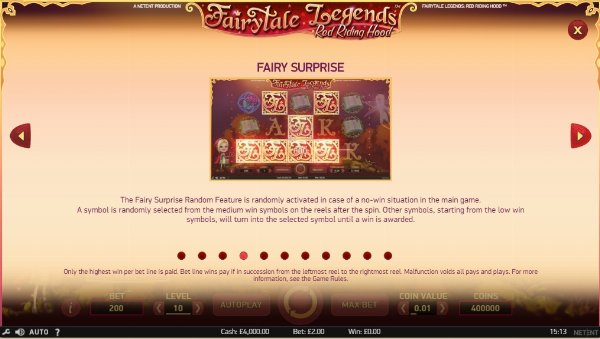 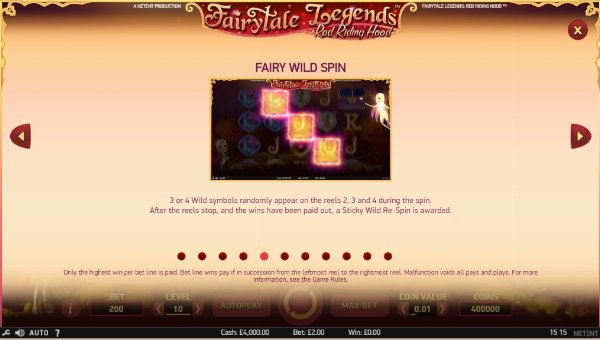 A game with great big eyes, nose and teeth.

Fairytale Legends – Red Riding Hood is a 5 reel game, with 20 paylines and you can bet up to 10 coins on each payline.

The ‘Red Riding Hood’ symbol is Wild and only appears on reels 2, 3 and 4.

The second bonus feature is activated randomly and when this happens a randomly selected cluster of between 5 and 9 medium pay symbols, other than the Fairytale Legends Logo symbol, overlay the reels for a single spin.

The third bonus feature is activated randomly on a non-winning spin. When this happens a medium winning symbol on the reels will be selected at random. Then, starting with the lowest paying symbol showing on the reels, symbols will be changed into the selected symbol. This continues until a win is created.

The fifth, sixth and seventh bonus features are activated the same way when you receive the ‘Chest’ bonus symbol anywhere on reels 1, 3 and 5. When this happens you’ll be asked to select one of the Chests win a randomly selected bonus feature.

The second of the bonus possibilities awards you 10 complimentary spins.

The third of the bonus possibilities awards you a cash prize.

Fairytale Legends – Red Riding Hood has a slightly higher House Edge than many of the recent Net Entertainment games, but it packs a lot of bonus feature variety into the game and offers a very playable experience.