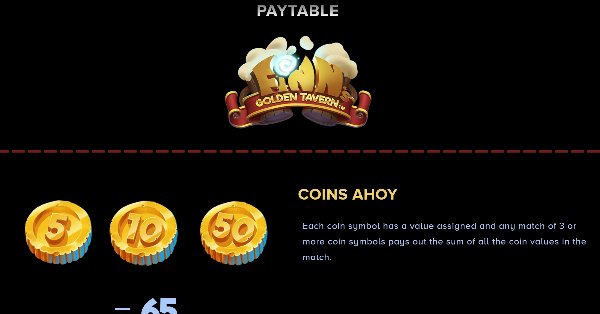 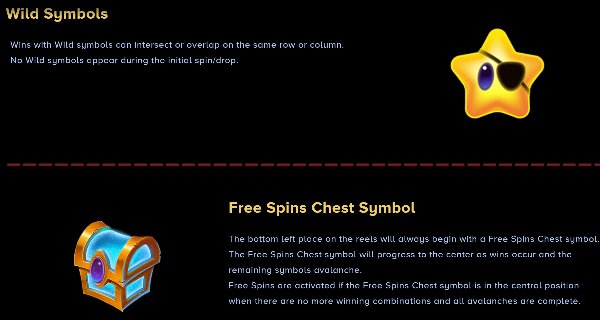 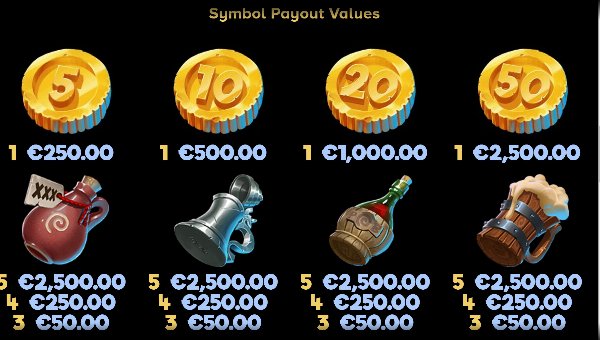 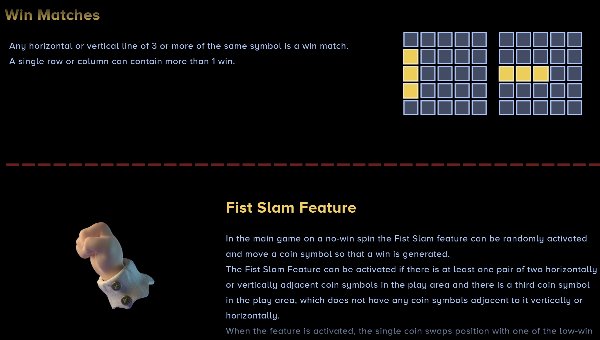 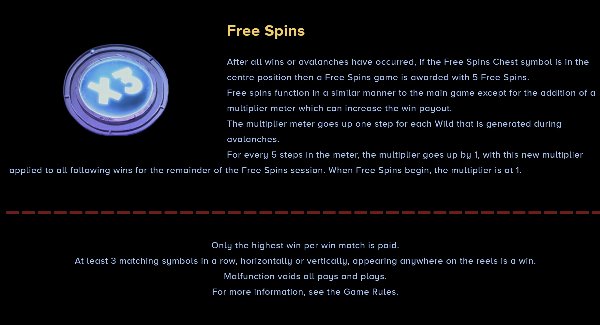 The Finn’s Golden Tavern slot uses 5 reels that are 5 symbols high. Instead of paylines you form winning combinations of 3 identical symbols in either adjacent vertical or horizontal lines. Each time you form a winning combination the symbols involved will disappear from the reels before they are replaced by new symbols. The Grid is laid out in a swirl, with the centre symbol classed as number one, the next symbol in the swirl is 2, and so on. When winning symbols leave the reels the remaining symbols will all move up to the next available lowest number.

The theme of Finn’s Golden Tavern is leprechauns, Ireland and a large flagons, tankards and bottles of various alcoholic liquids. Finn, our cheeky leprechaun is back and so are his swirls, but this time he is looking to spend most of his time in the pub.

Wild – The Wild symbol is a Star that can only appear after you have landed an initial win. Wilds replace all symbols to help form a winning combination, except for the Free Spins Chest symbol.

Coins – If you can land 3 or more coins symbols as part of a winning combination then you will trigger the Coins Ahoy feature, which will in turn pay out the total sum of the three coins combined.

Random Coin Feature – After all wins, including avalanches have occurred up to 2 randomly selected low paying symbols can be turned into Coin symbols.

Free Spins – If you can trigger the Free Spins feature then you will be given 5 Free Spins. During the feature there is a multiplier in play. Every time you land a Wild symbol you will add one space to the Multiplier meter and once you reach 5 spaces the multiplier will increase by 1.

Finn’s Golden Tavern is everything you would expect from a Net Entertainment slot. It looks great and it has an array of features that will keep you engaged throughout your spins. The slot is a new instalment from a previously successful slot that sees the character of Finn the Leprechaun revised for a new slot experience. The house edge is a little higher than we would have hoped for but, despite this Finn’s Golden Tavern is still an excellent slot that we would thoroughly recommend.