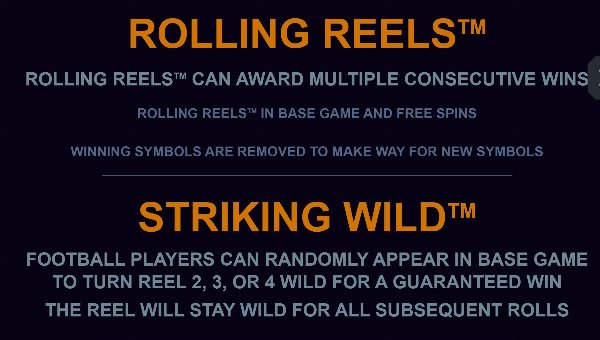 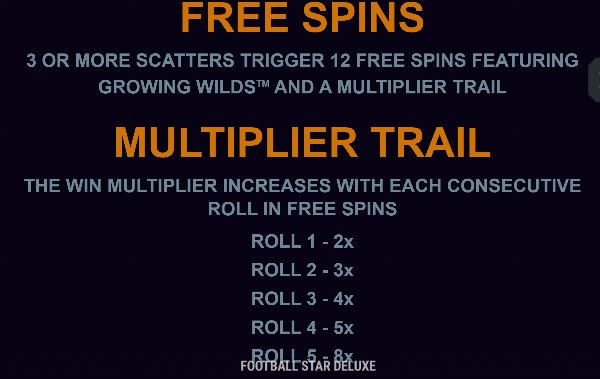 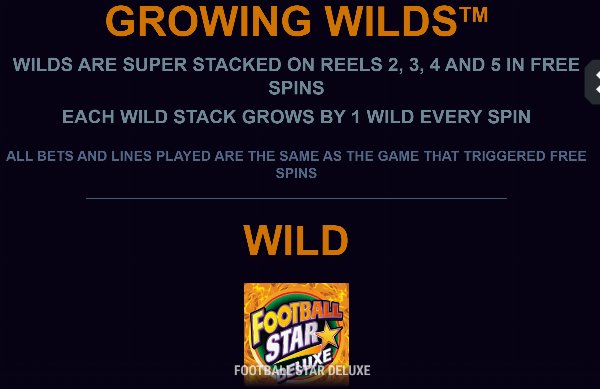 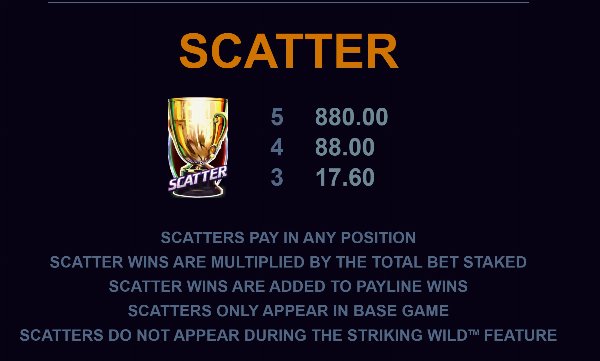 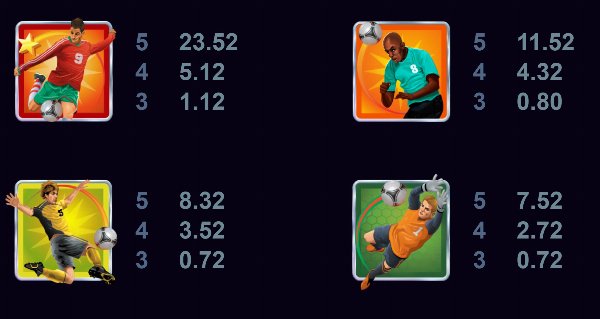 The Football Star Deluxe slot game can be found at Microgaming casinos. Microgaming as a standard now publish the slots house edge information of all their games at any online casino that holds a UKGC license (this is a requirement for all UKGC licensed casinos). As such we can say that the House Edge of Football Star Deluxe is 3.12%. When playing at any venue that does not hold a UKGC license and does not specifically publish the Return to Player information for their game, this information should be used as a guideline only as we cannot confirm whether or not this game is configurable.

Football Star Deluxe is a 5 reel game that is 5 symbols high. The number of paylines that you play across can be altered. The game is set at 88, but can be reduced to 18, 38 or 68 instead. The fewer the paylines the lower the bet and you will also find a reduction in the RTP. The house edge that we have given for Break Away Deluxe is based on the maximum number of 88 paylines, this will increase if you reduce the paylines.

Theme – This slot has a sporting theme and as the title suggests, that sport is football.

Wild – The “Football Star Deluxe” symbol is Wild, substituting for all symbols except Scatters. Wilds come fully stacked and only appear on reels 3, 4 and 5 in the base game.

Rolling Reels – Each time you form a win the symbols involved will be removed and replaced with new symbols. Essentially this is a cascade or an avalanche type of feature and is present in both the base game and the Free Spins.

Football Star Deluxe is an updated version of a Microgaming classic. The features are good, albeit pretty standard and if you look closely you’ll notice that they are identical to the features on Break Away Deluxe that came out last July. You get Free Spins, you get cascades, a multiplier in the Free Spins and a random feature, not to mention the Wilds as well. In other words, there is plenty here to keep you occupied and at least one of those features has been made with the theme firmly in mind. The work that needs to be done is on the game’s aesthetic. It feels very thrown together and when compared with most modern games, lacks some of the finesse that slots players might have become accustomed to. A big plus has to be the house edge, which is much lower than you will find in most slot games, but only if you play at the maximum number of paylines.