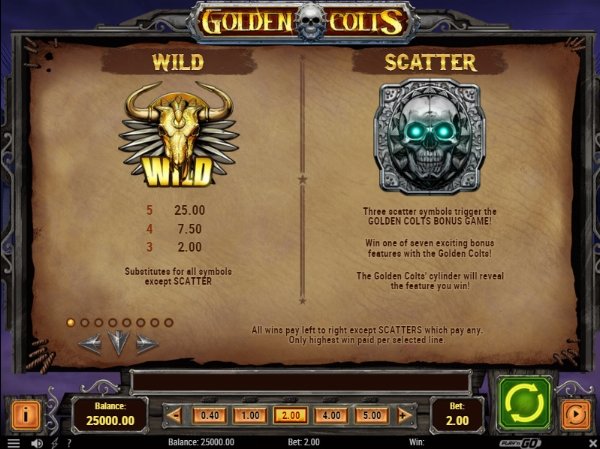 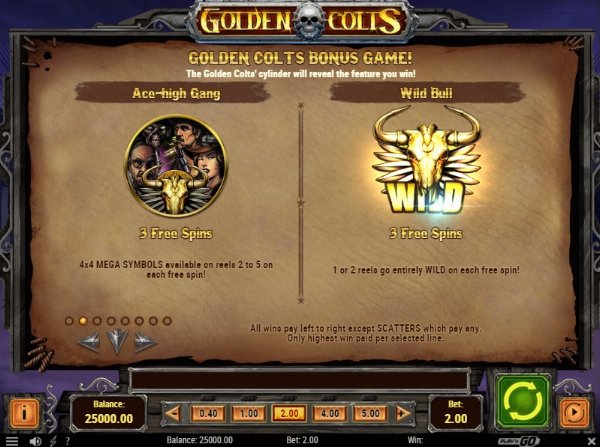 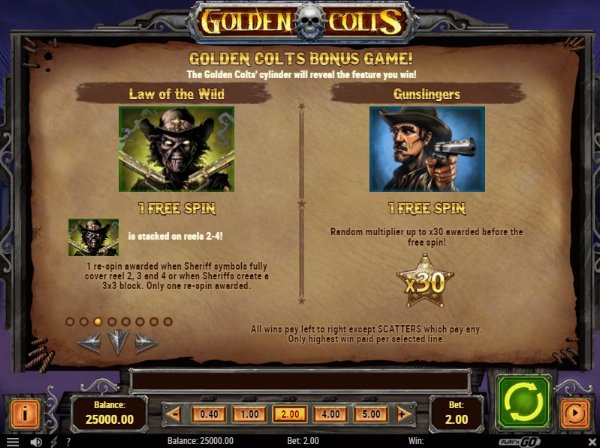 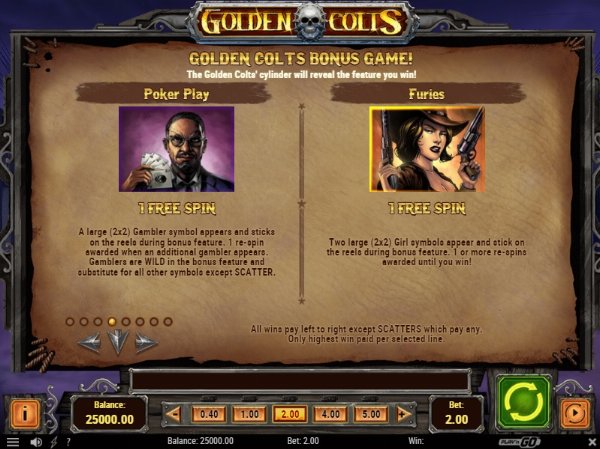 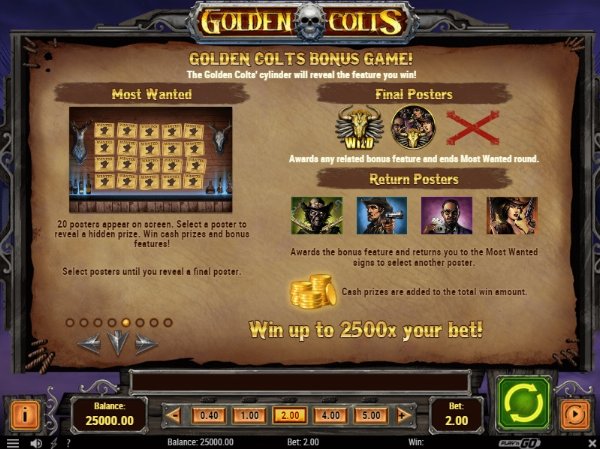 The Golden Colts game can be found at casinos offering Play ‘n Go software. Play ‘n Go are a growing providers in the industry and have a rapidly expanding portfolio of both slots games and clients. They do offer a full casino platform, but primarily seem to be used as a bolt on package for extra slots games. Play ‘n Go do publish the Return to Player (RTP)/House Edge information for their slots games within the game help files. As such we know that the house edge for Golden Colts is 4.00%.

The Golden Colts game has 5 reels and each reel is 4 symbols high. The game uses 40 paylines.

The ‘Bull Skull’ symbol is Wild.

There are seven bonus features when playing Golden Colts and they are all activated when you receive three or more of the ‘Skull’ scatter symbol anywhere on the reels. When this happens you will be shown the bullet chamber of a revolver gun. The chamber has seven cartridges and will spin. The cartridge it lands on selects the bonus feature you’ll receive as follows:

- Furies – Two 2x2 Girl symbols are added to the reels. You will receive free spins until you receive your first winning spin.

- Gunslinger – You will receive one free spin with a random multiplier of up to 30x your win.

- Sheriff – You will receive one free spin with the Sheriff symbol stacked on reels 2, 3 and 4.

- Bull Skull Wild Symbol – You will receive 3 free spins and during each spin either one or two reels will randomly be turned into Wild reels.

Golden Colts is a fun game. It has a pleasing graphical interface, bonus features that are varied and fun and a House Edge that while at the top end of the range most commonly being used in modern slots releases, is appropriate to the quality of game being offered. This is another solid offering from Play N Go and is well worth a few spins.