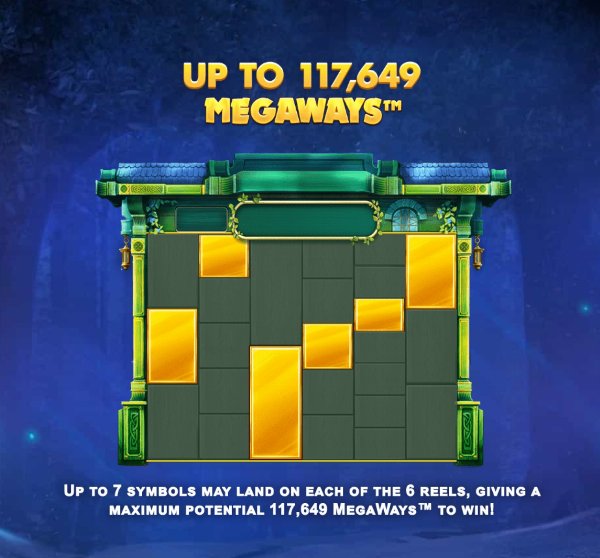 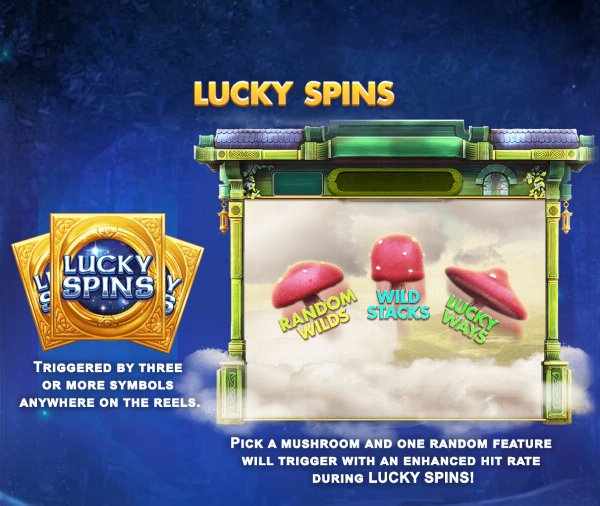 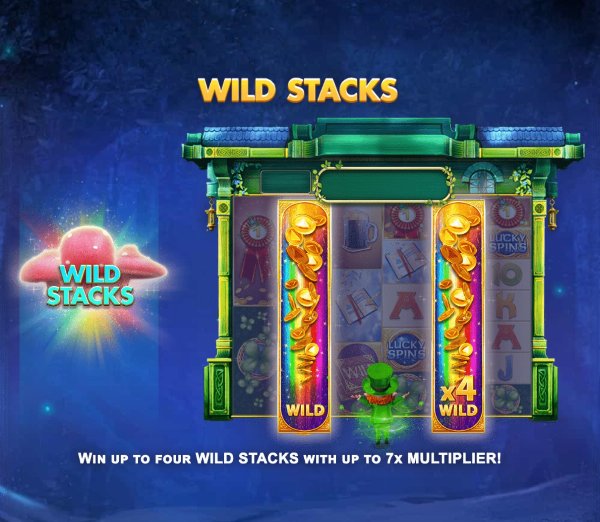 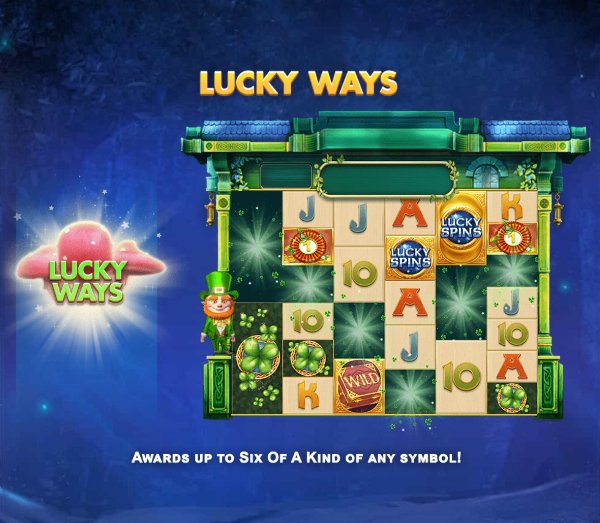 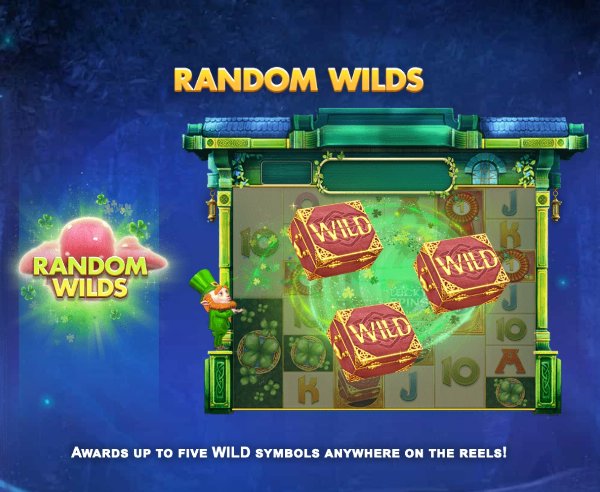 The Golden Leprechaun MegaWays game can be found at casinos offering Red Tiger software. Red Tiger is a relatively new software developer in the online gaming market, having only been in operation since 2014. Red Tiger focus primarily on slots games but do offer a few table games, albeit a very limited range of them. In compliance with UK gaming legislation, Red Tiger publish the RTP/House Edge information for their slots games within their pay tables. As such, we can say that the House Edge for Golden Leprechaun MegaWays is 3.83%.

Golden Leprechaun MegaWays is a 5 reel game with reels that can vary in height, from 2 to 7 symbols high. Win are formed when you reveal identical symbols across adjacent reels, starting from the left side of the reels, in combinations or 2 or more depending on what symbols are involved. Win will see the symbols that are involved disappear, with new symbols dropping into place, providing another chance to win.

Wild – The Wild symbol is the “Book”, substituting for all other symbols other than Lucky Spins.

High Paying Symbol –The highest paying symbol in the game is the “Rosette” symbol. This symbol is the only one to pay out in combinations of 2 or more.

Free Spins – The “Lucky Spins” symbol is the Free Spins symbol. 3 or more of them anywhere on the reels at once will trigger the feature.

Random Feature – This slot comes with 3 random features that can be triggered during any spin. They are described below:

Wild Stacks – Up to 4 Wilds Stacks could be added to the reels with any spin. There is also a chance that they could come with a multiplier, up to x7 the bet.

Lucky Ways – If this random feature triggers then up to 6 identical symbols could be added to the reels ensure a win.

Lucky Spins Multiplier – Every time you win in the Free Spins the multiplier, that it applied to all wins, will increase by 1. The first win raises it to x1 the bet.

Golden Leprechaun Megaways is a play on a Red Tiger classic. The Megaways games have proved popular in the past, with reels that can be almost any size every time you hit the spin button. The slot looks OK, nothing out of this world, but certainly nothing to offend the eye either. You get Free Spins and Wilds, plus your 3 random features. The Free Spins also come with a few interesting additional features that add something that little bit different. The house edge is higher than I would have expected or wanted, and this does effect our rating of this slot.