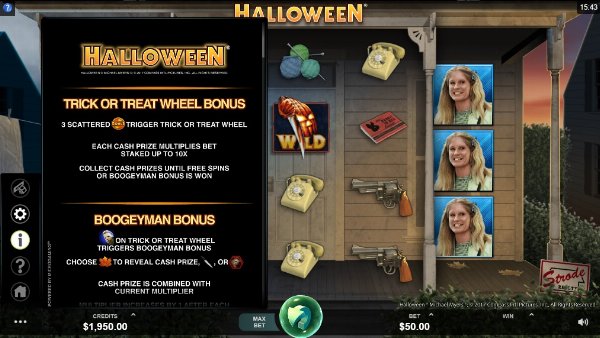 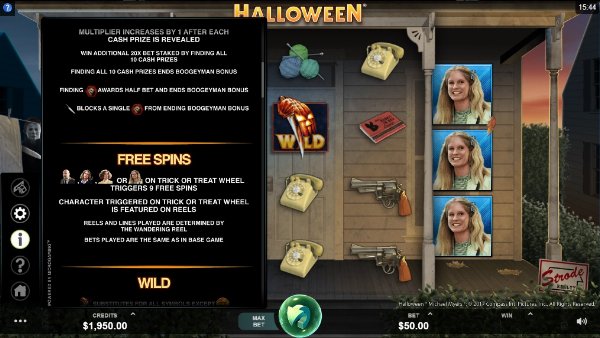 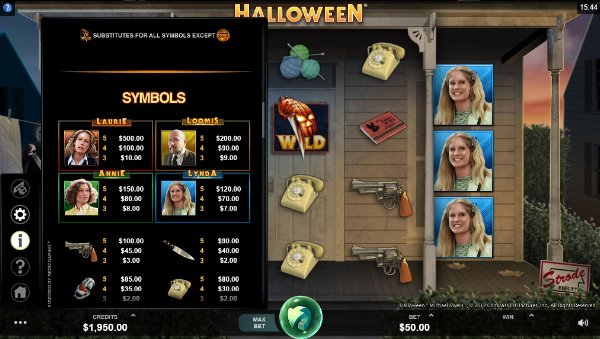 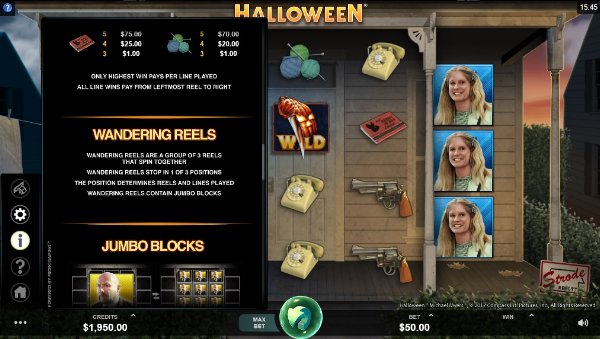 The Halloween slots game can be found at Microgaming casinos. Microgaming as a standard now publish the slots house edge information of all their games at any online casino that holds a UKGC license (this is a requirement for all UKGC licensed casinos. As such we can say that the House Edge of Halloween is 3.8%. When playing at any venue that does not hold a UKGC license and does not specifically publish the Return to Player information for their game, this information should be used as a guideline only as we cannot confirm whether or not this game is configurable.

“I met him, fifteen years ago; I was told there was nothing left; no reason, no conscience, no understanding; and even the most rudimentary sense of life or death, of good or evil, right or wrong. I met this six-year-old child, with this blank, pale, emotionless face, and the blackest eyes… the devil’s eyes. I spent eight years trying to reach him, and then another seven trying to keep him locked up because I realized that what was living behind that boy’s eyes was purely and simply… evil.”

Halloween is a 5 reel game with 50 paylines and you can bet up to 8 coins per payline.

The ‘Pumpkin Mask’ symbol is Wild.

There are four bonus features when playing Halloween. The first bonus feature is active on every spin. At the start of each spin 3 adjacent reels are randomly selected. These adjacent reels and jumbo 3x4 character symbols added to them and are increased in height by one row.

The second, third and fourth bonus features are all activated the same way – when you receive 3 or more of the ‘Bonus’ scatter symbol anywhere on the reels. When this happens you will be taken to a new screen showing a prize wheel. The prize wheel shows cash prizes and characters from the film the game is based on. You keep spinning the wheel and collecting cash prizes until you land on one of the characters.

Halloween’s a fun game and will especially appeal to those fans of the movie. It has a reasonable selection of bonus features and a House Edge that’s appropriate to the quality of the game.