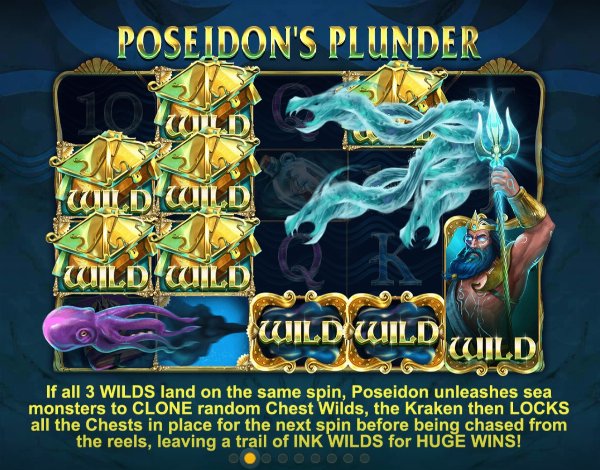 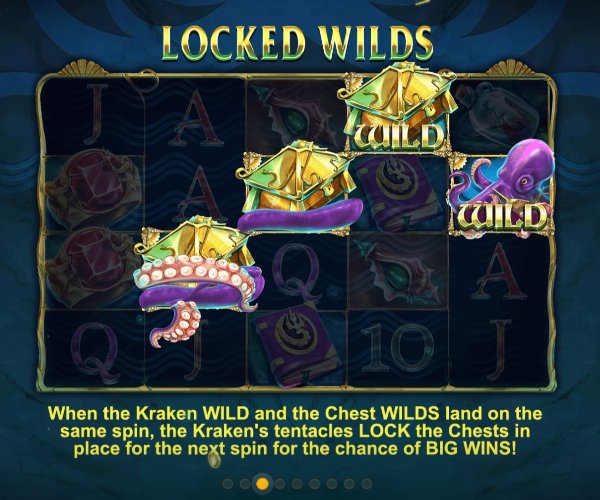 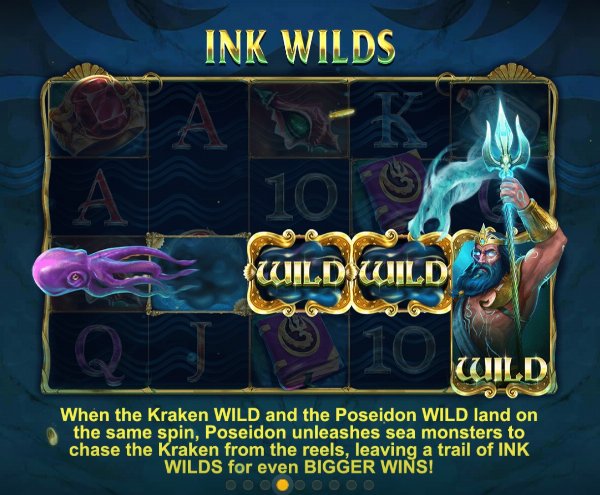 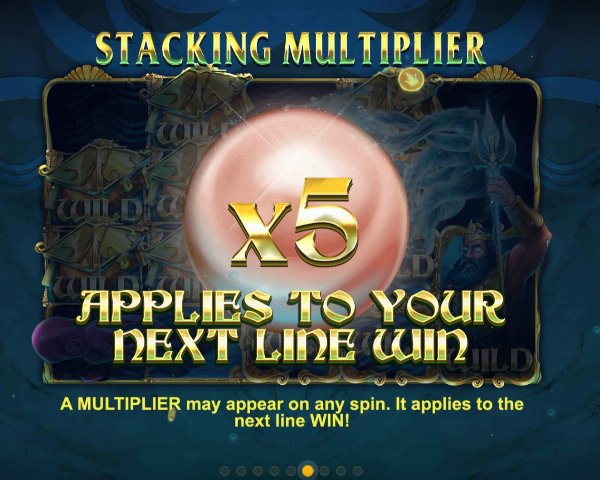 The Hoard of Poseidon slot can be found at casinos offering Red Tiger software. Red Tiger is a relatively new software developer in the online gaming market, having only been in operation since 2014. Red Tiger focus primarily on slots games but do offer a few table games, albeit a very limited range of them. In compliance with UK gaming legislation, Red Tiger publish the RTP/House Edge information for their slot games within their pay tables. As such, we can say that the House Edge for Hoard of Poseidon 4.28%.

Hoard of Poseidon is a 5 reel slot and each reel is 4 symbols high. The slot uses traditional paylines, with 30 in total, playing from left to right.

Theme – This slot has an Greek theme, with Poseidon, Brother of Zeus and god of the sea, storms, earthquakes and horses being the central focus for the slot. Pitchforks and marine life form the basis of much of the imagery in this slot.

Stacking Multiplier – A stacking multiplier may appear on any spin. It applies to the next line win! The multiplier can stack up to 35x.

Hoard of Poseidon is an excellent looking slot that has a few solid features. You get various different Wild symbols that trigger various different Wild symbol centred features. You also get a multiplier that triggers at random. However, there are no Free Spins and there is no Bonus feature. Also, the house edge is much higher that I would ideally like it be.