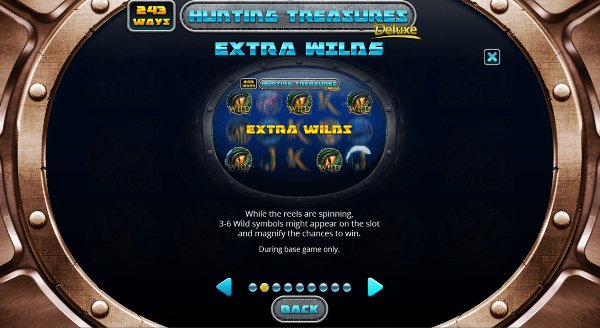 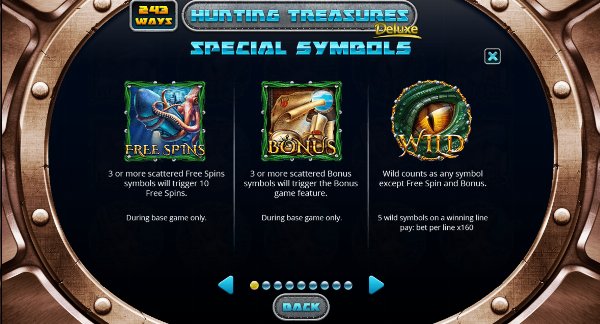 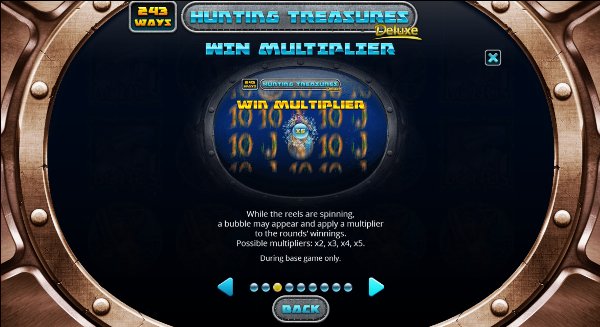 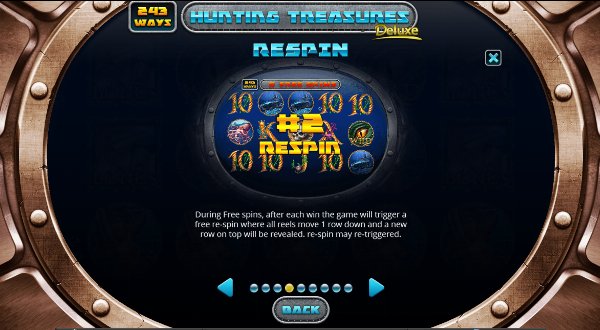 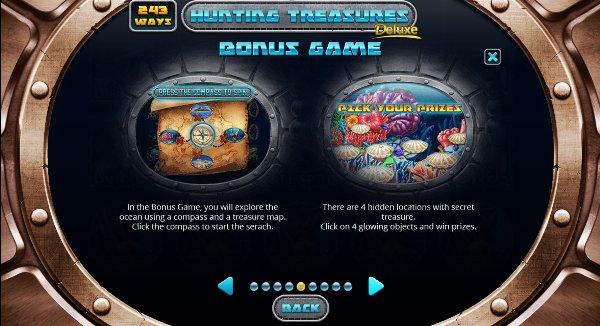 The Hunting Treasures: Deluxe slots game can be found at casinos offering Spinomenal software. Spinomenal is one of the newer software developers in the online gaming market. Alongside many of the smaller casino software providers Spinomenal focus heavily on slots games. The House Edge/RTP of the Spinomenal slots games is listed within the paytable for the newer games in their catalogue. For the older games, as Spinomenal is partnered with UK licensed operators and the UKGC license requires the publication of this information, RTP figures can be found on numerous casino sites. As such, we know that the house edge for Hunting Treasures: Deluxe is 2.12%.

Hunting Treasures: Deluxe is a 5 reel game that is 3 symbols high. The game does not use standard paylines. Instead it has 243 different win ways, playing from left to right.

Wilds – The “Giant Eye” symbol is the game’s Wild symbol, substituting for all symbols other than Free Spins and Bonus symbols. 5 Wild symbols on a winning payline will award a x160 multiplier.

Free Spins– The Free Spins symbol is the “Whale and Giant Squid” symbol. 3 or more will trigger the game’s Free Spin feature. These are only available during the main game.

Bonus – The Bonus symbol is the “Map and Compass”. 3 or more will trigger the game’s Bonus feature.

Bonus Round – 3 or more of the “Map and Compass” symbols will trigger the game’s bonus feature. When this happens you will need to choose which locations on the map you want to look for treasure in. There are 4 locations to search through.

Extra Wilds ––During the Free Spins, at random, 3 to 6 Wilds could be added to the reels.

Re-Spin – During the main game, whenever you land a win you will be awarded a re-spin, where all reels move down one row and a new row on top will be revealed. This feature can be re-triggered.

Win Multiplier – During a spin a Win multiplier may be added to the reels. This happens at random and can be worth x2, x3, x4 or x5 the bet. This is only available during the main game.

Free Spins – 3 or more of the “Whale and Giant Squid” symbols will trigger the game’s Free Spins, where you will be awarded with 10 Free Spins.

In Hunting Treasures: Deluxe you find yourself wrestling with reels at very bottom of the ocean floor. Everything you expect to read about in a Jules Verne novel seems to be here, from giant squid to sunken treasure and much more. The game looks good, with symbols that are detailed and a background that reflects the game’s theme. There are plenty of features for you to enjoy, making Hunting Treasures: Deluxe a pretty complete slots gaming experience. The game is simple, yet offers enough variety for things to remain fresh and interesting. The most appealing aspect of the game is the exceptionally low house edge, which at 2.12% is a low as you are likely to find just about anywhere, meaning that Hunting Treasures: Deluxe is exceptional value for money.