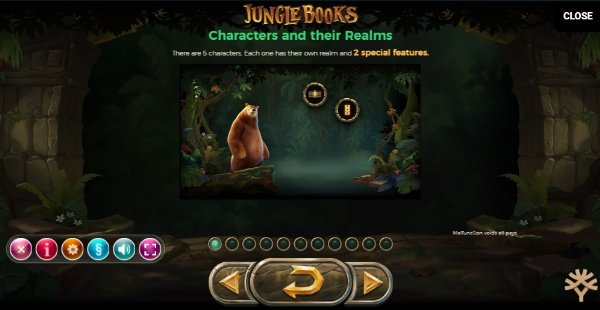 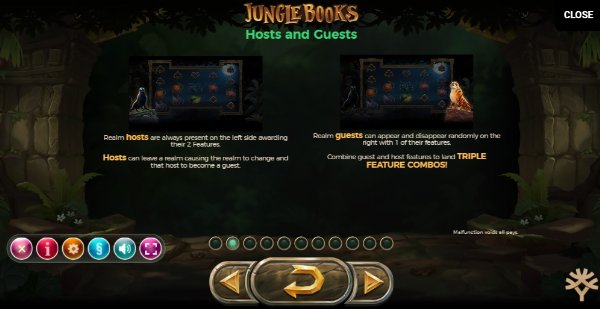 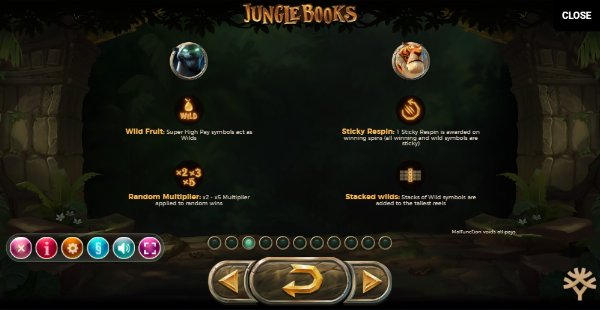 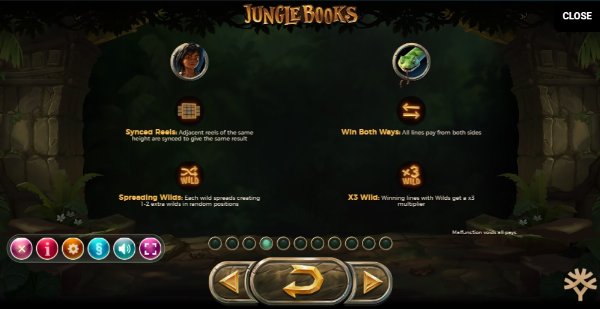 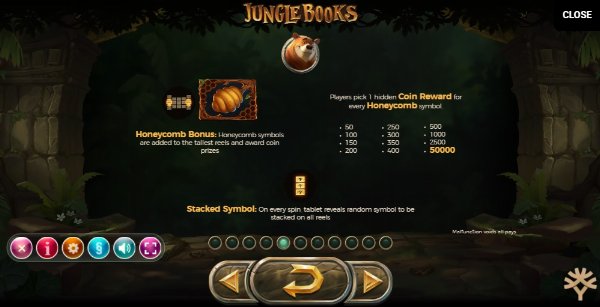 Join Mowgli as he grows up amongst the creatures of the jungle.

The ‘Wild’ symbol is Wilds.

The bonus features associated with the different characters are as follows:

- Mowgli – First feature - Each Wild symbol you receive will add an additional 1 or 2 Wild symbols to the reels. Second feature – adjacent reels of the same height will synchronise so that both reels show the same symbols.

- Shere Khan – First feature – Each time you receive a winning spin, the symbols that contributed to the win will be locked in place while all other symbols are respun. Wins are calculated again after this respin. Second feature – stacks of Wild symbols are added to the tallest reel.

- Bagheera – First feature – Super high paying symbols are considered Wild. Second feature – A random multiplier of between 2 and 5 is applied to all wins.

- Kaa – First feature – Wins pay both left to right and right to left. Second feature – All wins involving a Wild symbol are multiplied by 3.

Jungle Books is without question one of the best games to come out of the Yggdrasil Gaming stable. Graphically beautiful, this game offers a genuinely different format with so many different bonus feature combinations that it remains constantly changing, ensuring enduring interesting and engaging gameplay. This combines with a House Edge that while it is on the higher end of the range commonly being used today, isn’t unattractive and is more than justified by the quality of the game being provided. Well worth specifically looking out for!