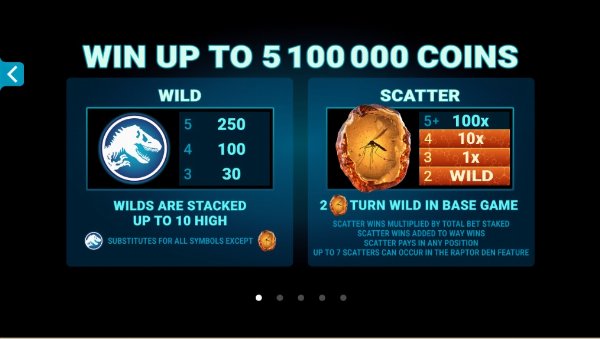 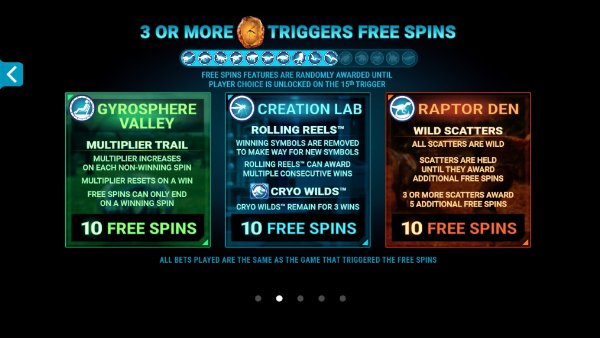 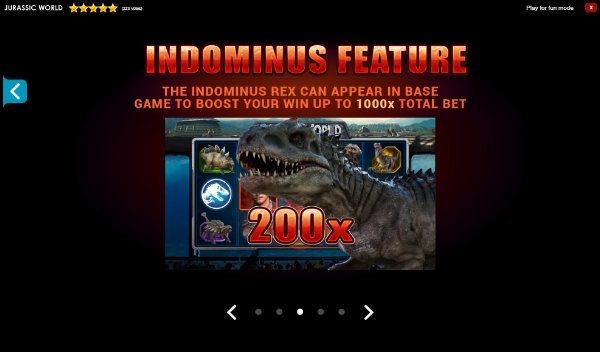 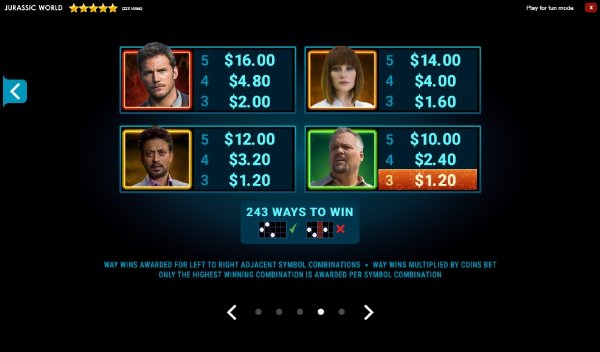 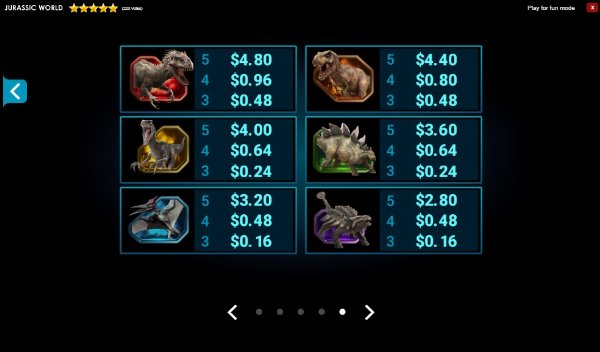 The Jurassic World slots game can be found at Microgaming casinos. Microgaming as a standard now publish the slots house edge information of all their games at any online casino that holds a UKGC license (this is a requirement for all UKGC licensed casinos. As such we can say that the House Edge of Jurassic World is 4.55%. When playing at any venue that does not hold a UKGC license and does not specifically publish the Return to Player information for their game, this information should be used as a guideline only as we cannot confirm whether or not this game is configurable.

Following on from the success of the Jurassic Park themed slots game, the follow-up Jurassic World has a lot to live up to.

Jurassic World is a 5 reel game that does not use standard paylines. Instead any 3 or more matching symbols on adjacent reels starting from the left side of the reels is considered a win. This is equivalent to 243 standard paylines.

The ‘Jurassic World Logo’ symbol is Wild and stacked on all reels.

The second bonus feature is activated when you receive 3 or more of the Mosquito in Amber scatter symbol anywhere on the reels. When that happens you are awarded one of the following 3 free spin features:

- 10 complimentary spins with Rolling Reels. Each spin, any symbols that contribute to a winning combination are removed from the reel allowing the symbols above to drop down and new symbols to fill the spaces at the top. This process continues until no new winning combinations are formed. Wild symbols are not removed from the reels immediately and are locked in place for three consecutive wins.

The free spin feature awarded is selected randomly up until the 15th time you trigger the complimentary spins at which point you are allowed to choose your own feature from that point on.

The third bonus feature is triggered randomly at the end of a winning spin. When this happens the Indominus Rex moves over the reels and increases your win by up to 1000x your total bet.

Jurassic World has a significantly higher House Edge than its predecessor, but offers a great selection of interesting bonus features and a visually appealing experience.