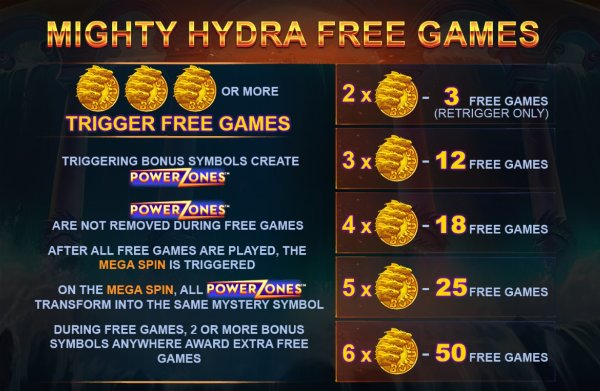 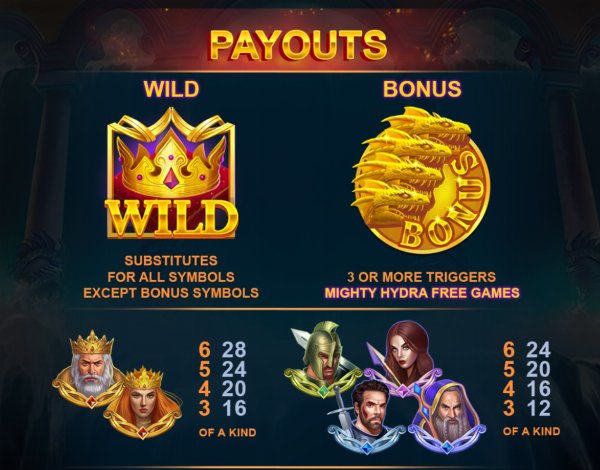 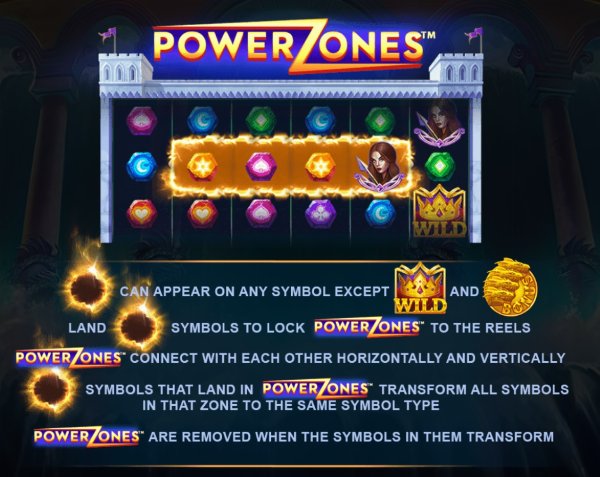 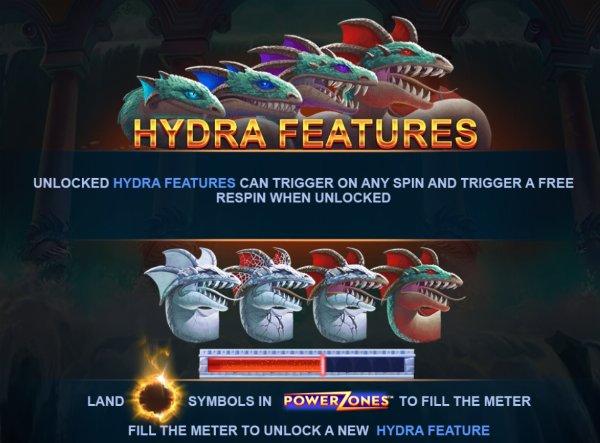 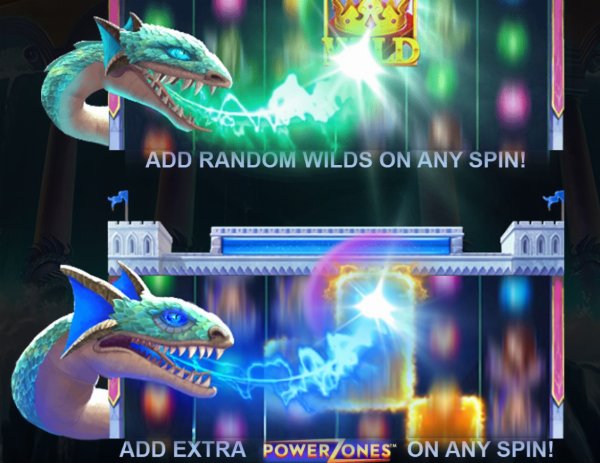 The Legend of Hydra slot is a 6-reel slot with each reel sitting at 5 symbols in height. Instead of paylines you form wins when you land 3 or more matching symbols across adjacent reels. There are 15,625 different ways to win in total.

Theme – The Legend of Hydra slot has a Greek/fantasy theme. With the Hydra is a multi-headed water dragon that originated in Greek Mythology.

Wild – The “Crown” symbol is Wild. It will substitute for all symbols other than the Free Spins symbol.

Bonus – The Bonus symbol is the “Hydra Gold Coin” Logo. 3 of them anywhere on the reels will trigger the Free Spins feature.

Hydra Meter – Once you have filled the Hydra Meter you will unlock one of the Hydra features that trigger at random. They are represented by the stone Hydras that sit at the side of the reels. Once you fill the meter they will break free from the stone they are trapped in and become living Hydras. Once all 4 have been unlocked any time you fill the meter you will be given a Free Spin with one of the features guaranteed to trigger. The 4 random features are:

Transforming all Power Zones into a random mystery symbol

Free Spins – 3, 4, 5 or 6 Bonus symbols will award 12, 18, 25 or 50 Free Spins, respectively. The feature can retrigger and will award the same number of spins as you would get on the triggering spin, depending on the number of Bonus symbols you land. The one exception to this is that you get 3 additional spins for landing 2 Bonus symbols in the feature. During the feature the Power Zones do not disappear once they have been filled with identical symbols. On The very last spin all symbols in the Power Reels will transform in to the same mystery symbol.

Legend of Hydra is a stunning slot with a number of excellent feature. You get Free Spins that come with what may prove to be a very significant Mega Spin at the end. The fact that they can also retrigger is a nice addition. You get 4 random features, all of which can have can hit big wins for you if they fall well enough. There are also Wilds and this slot comes with a very competitive house edge, making it one we defiantly recommend.