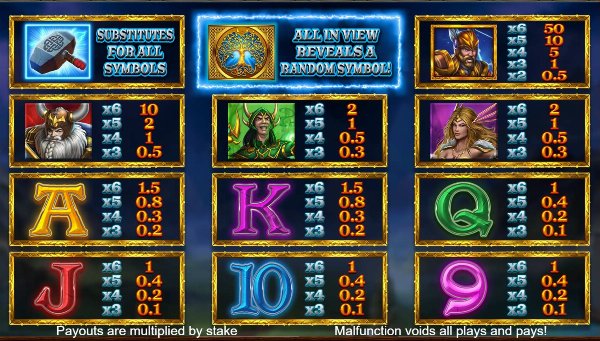 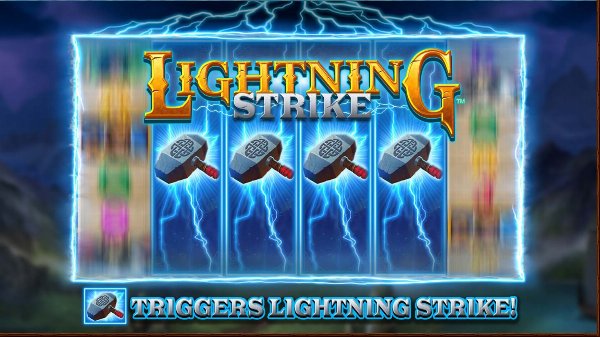 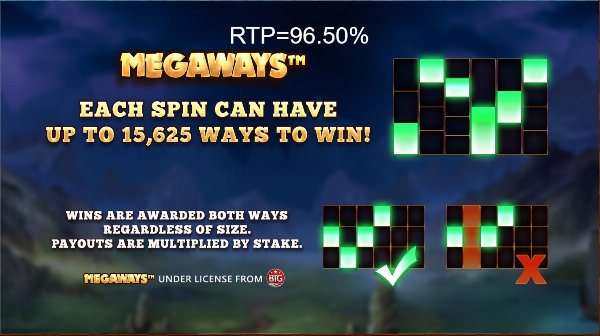 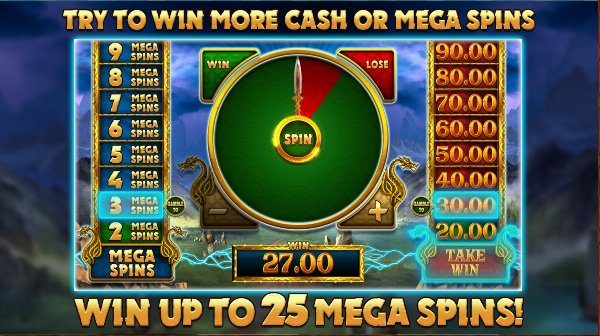 Lightning Strike Megaways is a 6 reel slot. The number of symbols that make up a reel can change at random, with the potential for each reel to contain 5 symbols. The game does not use traditional paylines, instead it operates with a maximum of 15,625 different possible “megaways”, playing from left to right.

– This is a Viking themed slot, focusing on the might of the ancient Gods, with features to represent those mythical powers.

– The “Hammer” is the Wild symbol and will substitute for all symbols.

– The “Tree” is the Mystery Symbol. This means that when they land on the reels they will flip over to reveal the same symbols underneath each one.

– During any spin if a Wild symbol lands in view on reels 2, 3, 4 or 5 then the Lightning Strike Respin is triggered. During Lightning Strike Respin, the Wild expands to cover the entire reel and remain in place while the other reels re-spin. If a new Wild appears during a re-spin, it expands and holds in place together with any previously expanded Wild for another re-spin. The Lightning Strike Respin Feature ends when no new Wilds appear during a re-spin. Up to 3 additional Wild symbols can appear after a Wild activates a re-spin, triggering 1 additional re-spin for each new Wild symbol that appears in view (maximum of 4 respins). Multiple full reel wilds in the same winning combination multiply each other. For example 2 full reel wilds with x5 multipliers would be x25 on involved winning combinations.

– After any win that is a minimum of x5 the bet you can choose to enter the Mega Spins Ladder and try to increase their win or exchange it for Mega Spins. Use the + and - buttons to choose the value you wish to play for and spin the wheel. Landing in the green segment awards the prize selected, which can be collected or exchanged for a number of Mega Spins. Landing in the red segment ends the feature with any winnings achieved being lost.

– If you exchange your cash prize for Mega Spins then the Mega Spins reels are entered. During Mega Spins, extra wilds and mystery symbols are available. Mega Spins continue until all spins are used, where the value in the Winnings panel is awarded as the total win.

As BluePrint Megaways slots go I have to confess to being a little underwhelmed with this one. When you compare this to the likes of the Gods of Olympus Megaways slot you just don’t get as much bang for your buck. It looks great but you only get Wilds and the one Bonus feature. You trigger that in an unusual way and then you have to gamble in order to determine how many Free Spins you get, something that could land you with none at all. However, the house edge is offering excellent value for money and helps to make up for a few of my other criticisms.