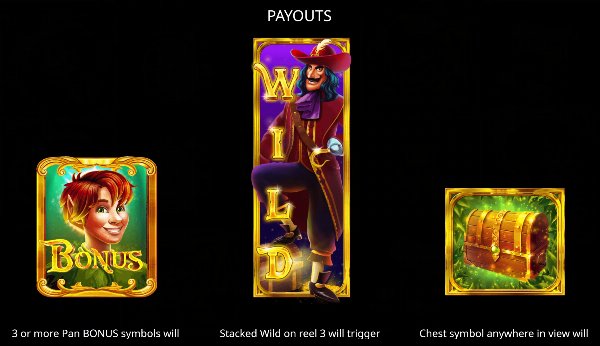 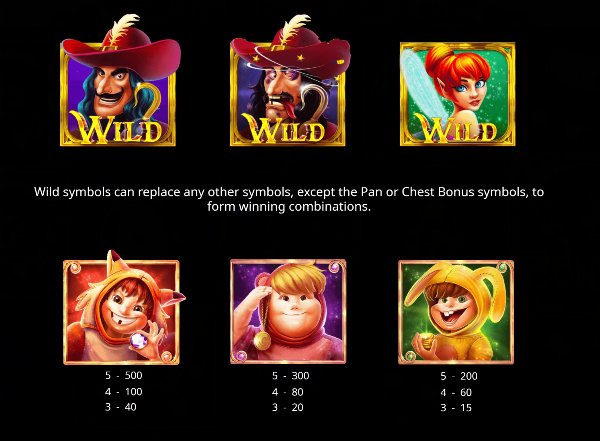 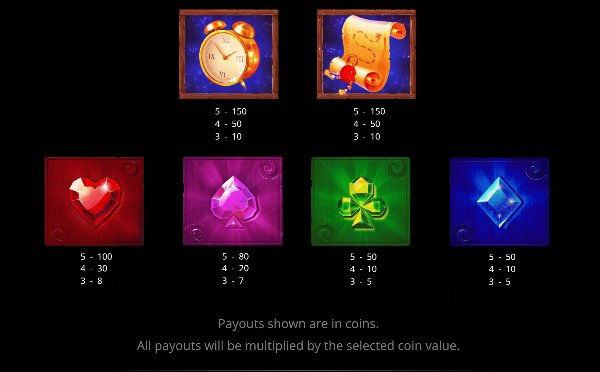 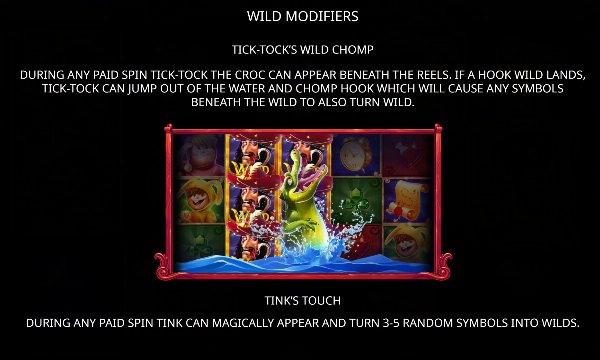 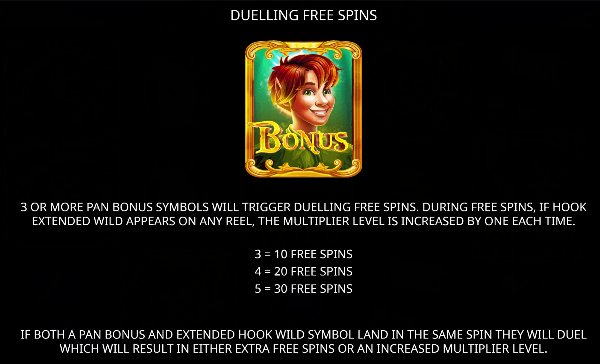 The Lost Boys Loot slot game can be found at casinos offering iSoftBet software. iSoftBet are one of the newer casino software providers on the market but they have managed to tie down some impressive branded slots game contracts. As a standard iSoftBet do publish the RTP/House Edge information for their slots games within the game help file. As such, we can tell that the House Edge of Lost Boys Loot is 3.99% when playing maximum paylines/coins.

Lost Boys Loot is a 5 reel slots game and each reel is 3 symbols high, playing from left to right over 20 paylines.

Valuable Symbol – The game’s most valuable symbol is the “Red Lost Boy”.

Wild – Both the “Tinkerbell” and the “Captain Hook” symbols are Wild. They both substitute for all symbols other than “Pan” or “Chest” Bonus symbols. The “Captain Hook” Wild can also help to trigger the “Tick Tock’s Wild Chomp” feature, which will be described in the Bonus section of the review.

Stacked Wild – “Captain Hook” Wild symbols can appear stacked on the third reel. If you can land on then you will trigger the “Treasure Trap Free Spins” feature.

Pan Bonus – The “Pan” symbol can trigger the “Duelling Free Spins” feature if you can land 3 or more of them on a single spin.

Chest Bonus – The “Chest” symbol will trigger the “Lost Boys Bonus” feature if you can land one of them anywhere on the reels in a single spin.

Tink’s Touch – This is a random feature, which if triggered will see between 3-5 randomly selected symbols turned Wild.

Hook’s Treasure Trap Free Spins – If you land a Captain Hook Wild symbol fully stacked on the 3rd reel then you will trigger the feature. You will spin a wheel and will be awarded 5, 8, 10 or 12 Free Spins. During the Spins the extended Wild symbols that triggered the feature will remain in place throughout. Any wins that are formed will also be stuck in place by Hook, until no more additional wins can be formed on any paylines.

Lost Boys Bonus – You trigger this feature by landing one of the Chest symbols anywhere on the reels. When this happens you will be taken to a new screen where a series of chests await. You pick 3 chests to win either instant cash prizes or Free Spins.

There is so much to like about this slot. First of all, it looks excellent, which most of the characters from the story represented in some way on those reels. The features stick well to the source material and there are lots of them to keep you entertained. The house edge is offering decent value for money too.