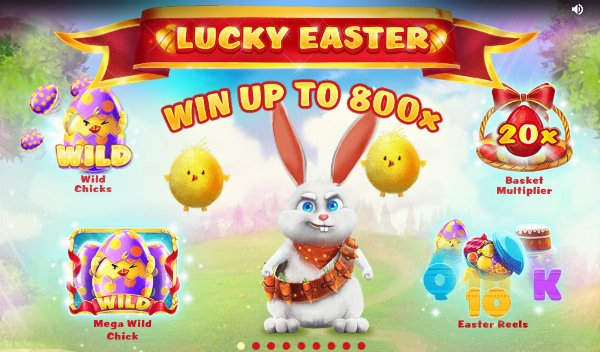 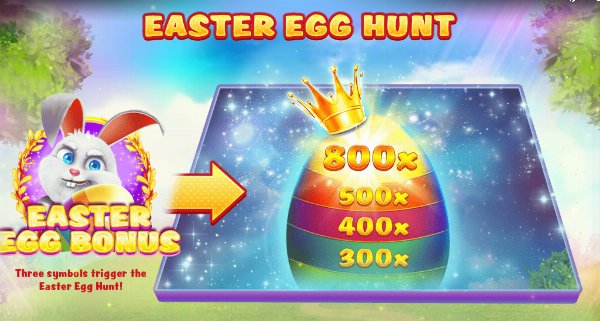 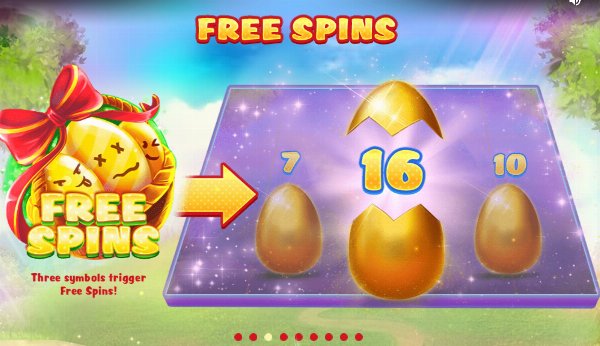 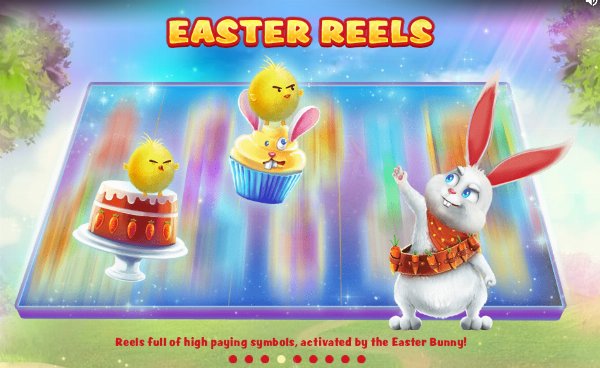 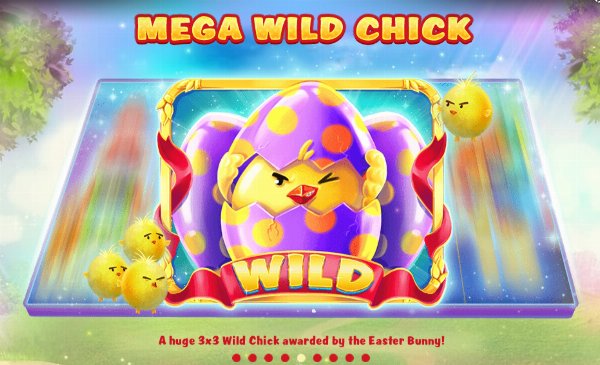 The Lucky Easter game can be found at casinos offering Red Tiger software. Red Tiger is a relatively new software developer in the online gaming market, having only been in operation since 2014. Red Tiger focus primarily on slots games but do offer a few table games, albeit a very limited range of them. In compliance with UK gaming legislation, Red Tiger publish the RTP/House Edge information for their slots games within their pay tables. As such, we can say that the House Edge for Lucky Easter is 3.98%.

Lucky Easter is a 5 reel game that is 3 symbols high. The game uses 20 paylines, playing from left to right.

Bonus – The “Easter Egg Bonus” symbol is the game’s Bonus symbol. 3 or more of them on a single spin, regardless of paylines will activate the game’s Easter Egg Hunt Bonus Feature.

Easter Egg Hunt – If you trigger the “Easter Egg Hunt” Bonus feature by landing 3 or more of the “Easter Egg Bonus” symbols on the reels during a single spin then you will be taken to another screen where you need to try and get your golden egg as far along the trail as you possibly can. You do this by pulling rabbits out of the ground. As you do so they will bring with them a number and that is the amount of spaces that you can move along the trail. Each space comes with a multiplier and at the end of the trail is a giant Easter Egg. If you can make it all the way along there then you have the chance to hit the game’s jackpot of 800 times the bet.

Free Spins – 3 of the “Easter Basket” symbols will trigger the Free Spins feature. When you do so you will have to choose from one of the three golden eggs. The one you choose will reveal the number of Free Spins that you have been awarded.

Easter Bunny Random Features – There are 4 additional features that are triggered at random. You will know when they are happening because you will see the Easter Bunny’s ears pop up from behind the fence on the left hand side before he activates his chosen feature:

Wild Chicks – If the Easter Bunny decides (it is random) to trigger the Wild Chicks feature then he will increase the number of Wilds on the reels by throwing extra ones on there.

Basket Multipliers – If this feature is randomly triggered then a multiplier will be added to a win, up to a total of 20 times the bet.

Lucky Easter is as good an Easter themed game as I have played, ever. The game looks fantastic, ticking all the Easter themed boxes, with rabbits, chicks, eggs, all set in a spring time utopia of green fields and glowing sunshine. The game comes packed with features. Everything you might put on your Easter wish list is there, with the pick of the lot being the Egg Hunt bonus feature that contains the 800x jackpot. I particularly like how the sneaky rabbit likes to jump out from behind the reels with his boxful of random features. The only criticism, in term of features, would be that the Free Spins cannot be re-triggered and they don’t have any exciting additional features once you do get them working. The house edge is also a little higher than we would want to see but is still offering reasonable value for money. If it is an Easter themed game that you are after then we would recommend this one above just about all others.