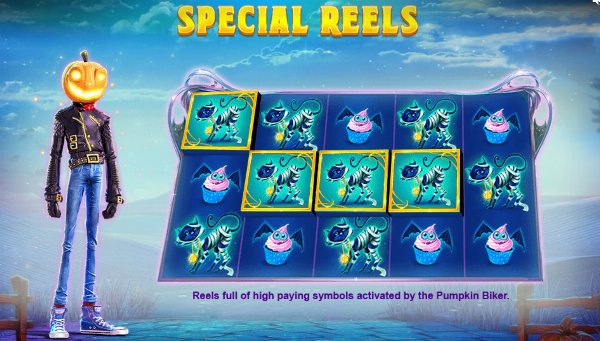 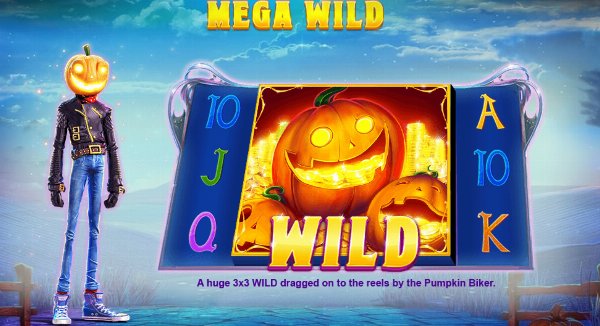 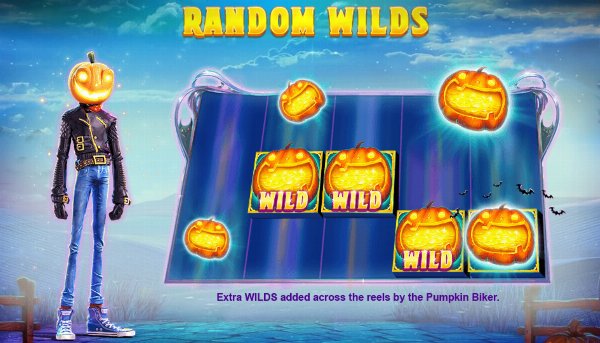 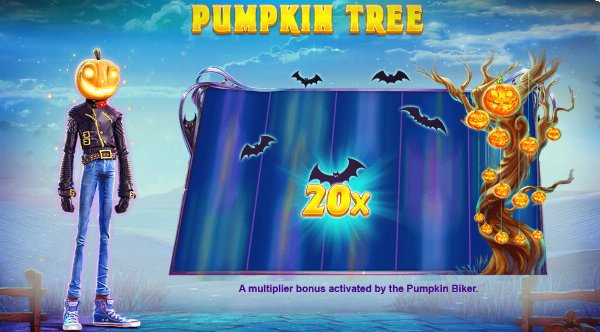 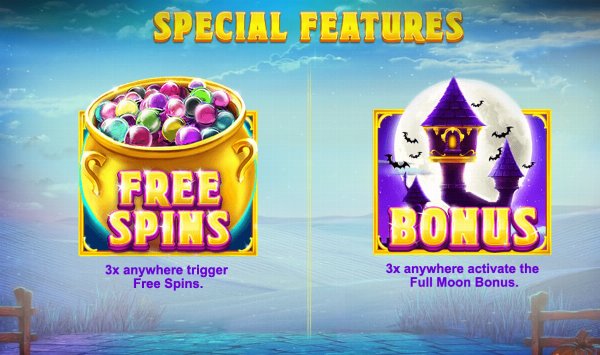 The Lucky Halloween game can be found at casinos offering Red Tiger software. Red Tiger is a relatively new software developer in the online gaming market, having only been in operation since 2014. Red Tiger focus primarily on slots games but do offer a few table games, albeit a very limited range of them. In compliance with UK gaming legislation, Red Tiger publish the RTP/House Edge information for their slots games within their pay tables. As such, we can say that the House Edge for Lucky Halloween is 3.84%.

Lucky Valentine is a 5 reel game that is 3 symbols high. The game uses 20 paylines, playing from left to right.

Wilds – The “Pumpkin” is the slot’s Wild symbol, which will substitute for all paying symbols. The Wild symbol also happens to be the most valuable in the game.

Bonus – The “Full Moon Tower” symbol is the game’s Bonus symbol. 3 or more of them on a single spin, regardless of paylines will activate the game’s “Full Moon” Bonus Feature.

Full Moon Tower Bonus Feature – If you trigger the “Tower” Bonus feature by landing 3 or more of the “Full Moon Tower Bonus” symbols on the reels during a single spin then you will be taken to another screen where you need to try and get as far up the Full Moon Tower as you can. This is essentially a tile flipping game that could see you win up to 800 times the bet.

Free Spins – 3 of the “Cauldron” symbols will trigger the Free Spins feature. When you do so you will have to choose from one of the three Cauldrons. The one you choose will reveal the number of Free Spins that you have been awarded.

Pumpkin Biker Random Features – There are 4 additional features that are triggered at random. You will know when they are happening because you will see the Pumpkin Biker pop up onto the reels:

Mega Wild– There is a chance that the Pumpkin Biker will throw a “Mega Wild” onto the reels. The “Mega Wild” works in the same way as the standard wild symbol, except in this case it is 3x3 symbols big.

Random WIlds – If the Pumpkin Biker decides (it is random) to trigger the Random Wilds feature then he will increase the number of Wilds on the reels by throwing extra ones on there.

Pumpkin Tree – If this feature is randomly triggered then a multiplier will be added to a win, up to a total of 20 times the bet.

Lucky Halloween continues the Red Tiger tradition of having a holiday themed game that has Lucky in the title. As far as Halloween slots go, Lucky Halloween is as good as any I have seen before. The slot looks amazing and it comes with a whole host of fun features. You get your Wilds and Free Spins but you also get a Bonus and a pile of random features thrown in for good measure. The house edge is offering some value but nothing to get too excited about.