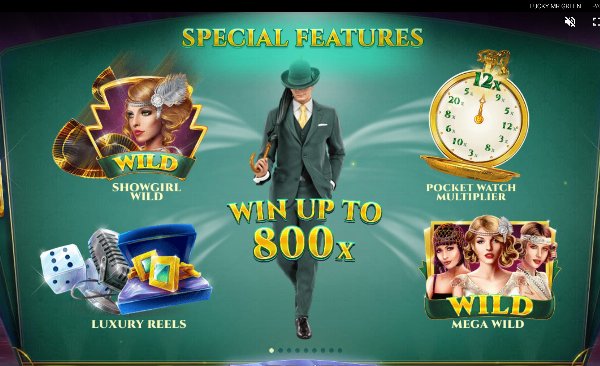 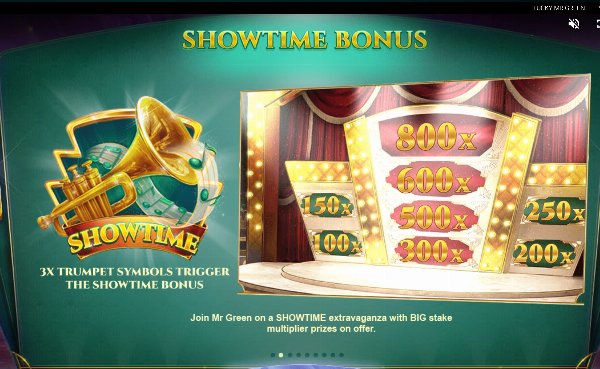 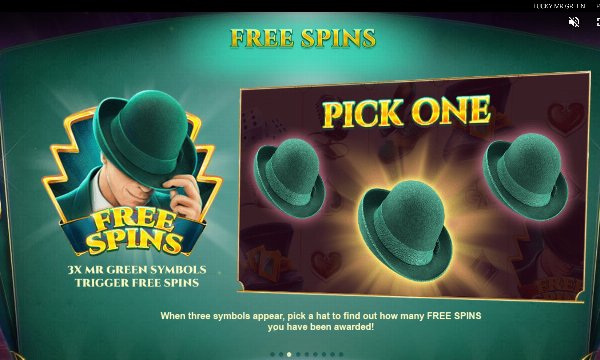 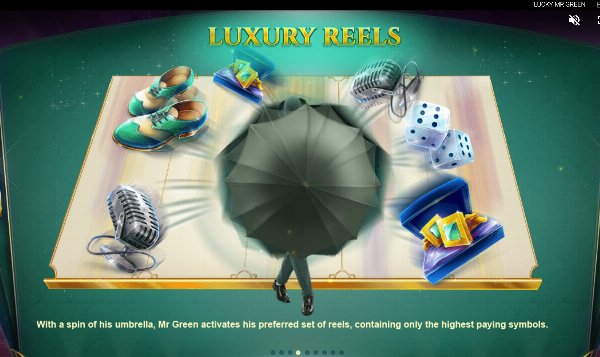 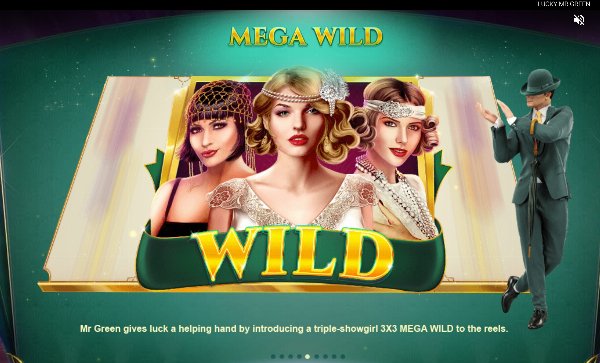 The Lucky Mr Green slot game can be found at casinos offering Red Tiger software. Red Tiger is a relatively new software developer in the online gaming market, having only been in operation since 2014. Red Tiger focus primarily on slots games but do offer a few table games, albeit a very limited range of them. In compliance with UK gaming legislation, Red Tiger publish the RTP/House Edge information for their slots games within their pay tables. As such, we can say that the House Edge for Lucky Mr Green is 3.96%.

Lucky Mr Green is a 5 reel slot that is 3 symbols high. The game uses 20 active paylines that play from left to right.

High Paying Symbol – The highest paying symbol (that is not the Wild symbol) is the “Mr Green Symbol”. The “The Mr Green Symbol” will pay out 500 times the bet if you can land 5 symbol on an active payline.

Free Spins – The Free Spins symbol is the “Mr Green’s Hat”. 3 or more of them anywhere on the reels at once will trigger the Free Spins feature.

Additional Features – The slot comes with a number of additional randomly activated features, all of which can happen on any spin.

Luxury Reels – You will know that this feature has been triggered at random because Mr Green will spin his umbrella at the side of the reels. As he does so he will ensure that the only symbols that make it onto the reels are high paying ones.

Mega Wild – You will know that this feature has been randomly triggered because Mr Green will clap his hands at eh side of the reels, signalling the introduction of a Mega Wild symbol that is 3x3 in size, added at a random spot on the reels.

Showgirl Wilds – You will know that this feature has been randomly activated because Mr Green will appear at the side of the reels and throw fans onto them. The number of fans is random and when the reels stop spinning each fan will transform into a Wild symbol.

Pocket Watch Multiplier – When My Green checks his pocket watch at the side of the reels you will know that the Pocket Watch multiplier has been randomly activated. When this happens a multiplier will be applied to any wins that can be as high as 12 times the bet.

Red Tiger have been working closely with the Mr Green group to bring us a game that throws the group’s central icon and advertising vehicle into a slot game all of its own, and I would say that they have done a decent job doing so. They’ve made the slot look as good as Mr Green would have wanted and they’ve helped to bring his character to life through the inclusion of some interesting features. Mr Green is clearly meant to be a big shot, a sophisticated player who can cast features across the reels simply by checking the time on his pocket watch or tipping his cap. The house edge is offering decent value for money too. I suspect that you will only be able to play this at Mr Green’s Casino which makes this game quite limiting in terms of its accessibility. As good as it is I’m not convinced anyone should be signing up to Mr Green’s Casino just to play it.