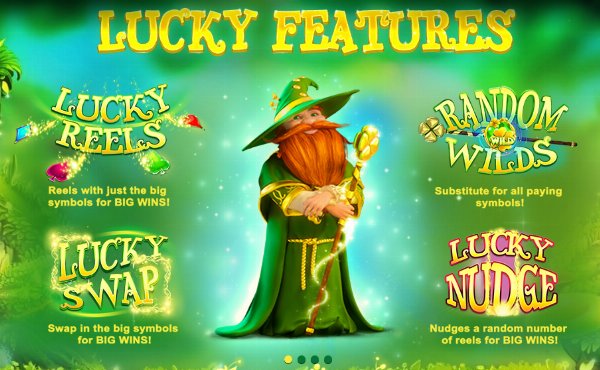 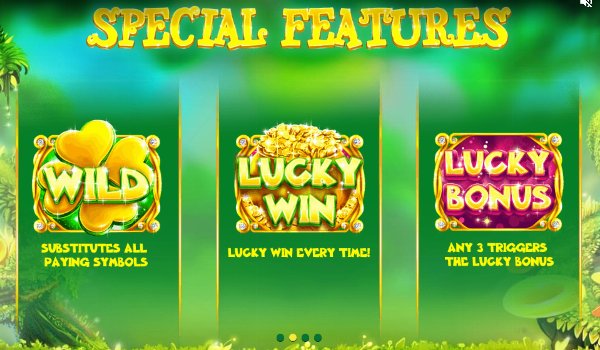 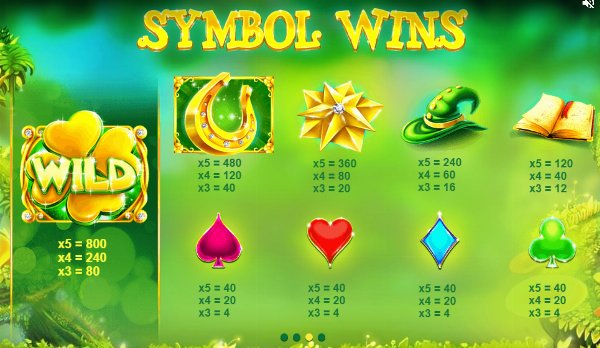 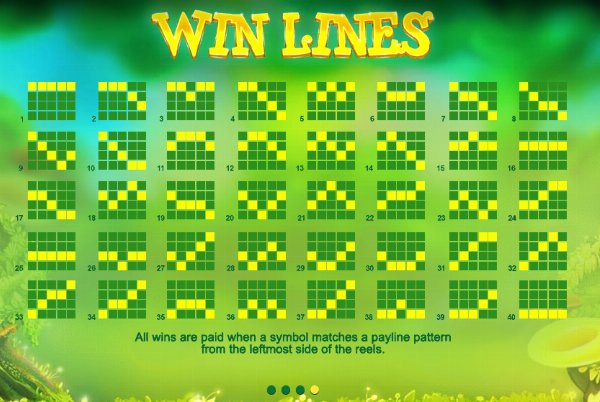 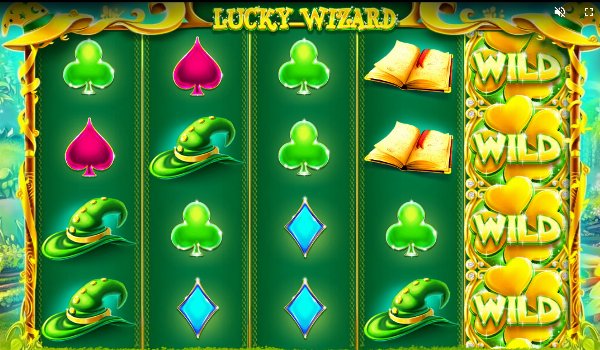 The Lucky Wizard game can be found at casinos offering Red Tiger software. Red Tiger is a relatively new software developer in the online gaming market, having only been in operation since 2014. Red Tiger focus primarily on slots games but do offer a few table games, albeit a very limited range of them. In compliance with UK gaming legislation, Red Tiger publish the RTP/House Edge information for their slots games within their pay tables. As such, we can say that the House Edge for Lucky Wizard is 3.86%.

Lucky Wizard is a 5 reel game that is 4 symbols high. The game uses 40 paylines, playing from left to right.

Lucky Win – If you land a “Lucky Win” symbol then you are guaranteed a win, regardless of the paylines.

Lucky Bonus – If you land 3 of the “Lucky Bonus” symbols on the reels at once then you will trigger the game’s bonus feature.

Lucky Bonus – If you manage to trigger the Lucky Bonus feature then you will be taken to a new screen with a map that leads you (the wizard) towards a maze. In order to make your way towards to maze you need to choose potions and will reveal a number. That will be the number of places you move along the map. Each spot on the map has a multiplier and if you can make it all the way to the maze and land on the Treasure Chest in the centre, you can win 800 times the bet.

Lucky Win – If you and the “Lucky Win” symbol on the middle reel then you will have the chance to fill up your pot of gold. The pot will move to the bottom of the reels and will fill up, handing you a cash prize.

Lucky Reels – This feature is triggered at random. When it does trigger the Wizard will appear and add lots of the high paying symbols to the reels.

Lucky Nudge – This feature is triggered at random. When is does trigger the Wizard will appear and nudge as many of the reels has he needs to, to ensure that you for a winning payline.

Lucky Wilds - This feature is triggered at random. When it does trigger the Wizard will appear and add lots of the Wild symbols to the reels.

Lucky Wizard is Red Tiger’s attempt at an Irish themed game and for once there is not a leprechaun in sight. The Wizard has many a trick stored up his sleeve with lots of different random features waiting to be triggered, along with a very fun bonus feature and the inclusion of wilds. There are no free spins in this game, but there is enough of everything else for that not to matter too much. The game is brightly coloured with a particular focus on the green we associate with the Irish. There are a number of high paying symbols, all of which have been well designed and the house edge is offering decent value for money too. This is a game with plenty to offer and lots to keep you engaged and as such we would recommend you give it try.